Jorel Puryear, a CPR-trained family care provider from Hampton used CPR for the first time during his birthday trip to Mexico. It saved a man's life. 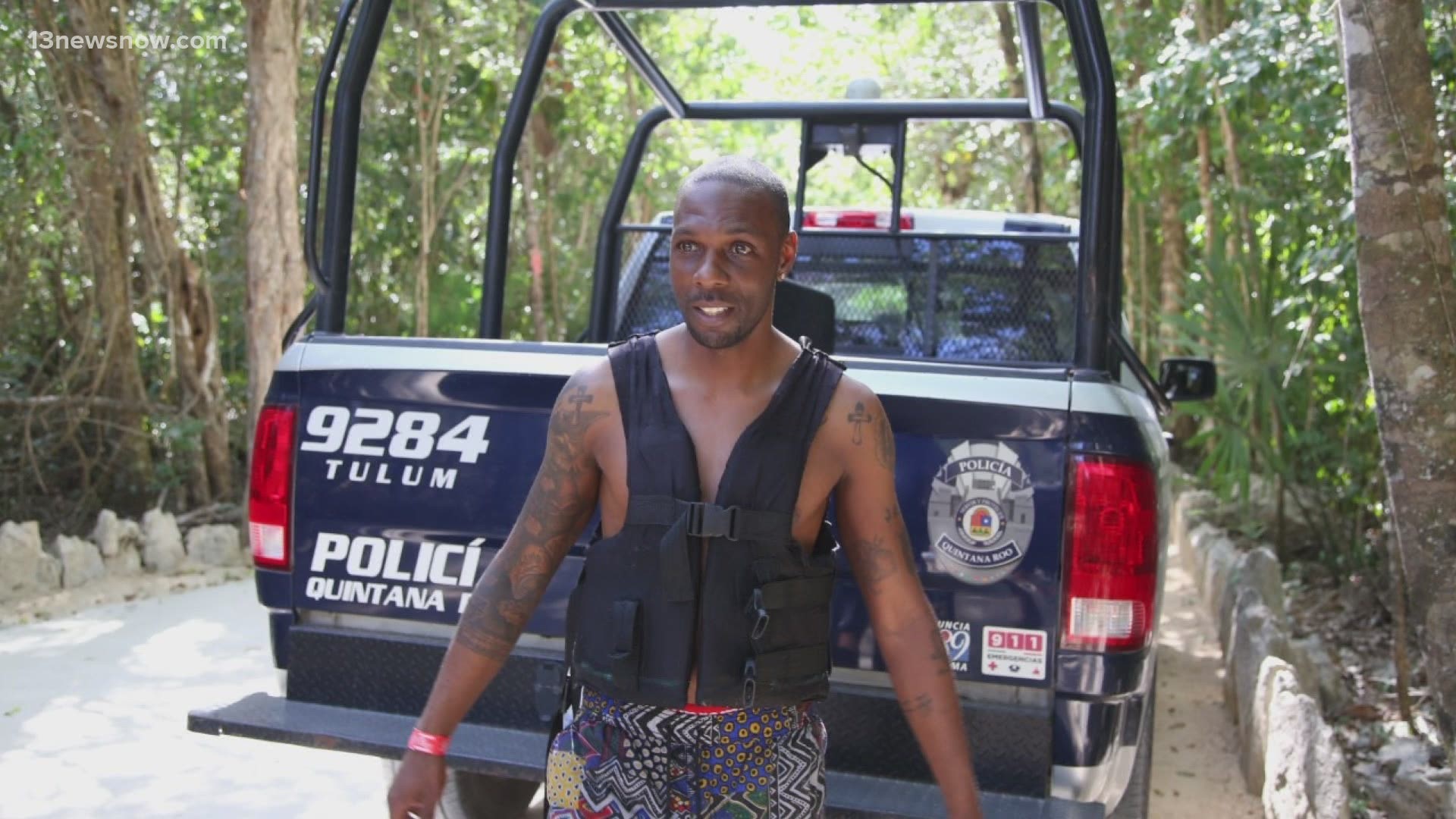 HAMPTON, Va. — It started off as a carefree birthday celebration for Jorel Puryear.

During a recent birthday trip, he dove off a cliff in Tulum, Mexico to celebrate turning 40 with his girlfriend and friends.

“I went back up, jumped again and I guess the guy that jumped behind me never came back up,” said Puryear.

People nearby pulled the man out of the water.

“He was unconscious. Blue, purple, I mean, gone,” said Puryear.

He said the man’s wife and 5-year-old daughter stood by, terrified, as they watched it all unfold.

“At that point, I’m just like, damn, should I go down there and save them… what should I do?” said Puryear.

Puryear knew he had to respond quickly. He happens to be a family care provider with enCircle, where he works with people who have disabilities.

He’s CPR-trained, but up until that moment, never had to use it.

“God told me to go. So, I ran down there, they were doing compressions. I don’t know what made me tell the guy to move out of the way. I just got down, started pumping his chest,” said Puryear.

“I pumped about five or six times. The last pump, everything came up, water, snot…we turned him on his side, and that’s when he was conscious again. He started moaning and making noise. Everybody started clapping and giving me a thumbs up… but I just say that was all God.”

Puryear hesitated to share the experience with 13News Now, telling us that he wasn’t looking for any recognition or praise for the life-saving act.

“Just follow god, cause he just made me react, that’s it,” said Puryear. “I never would’ve thought I would do something like that, but I was at the right place at the right time and somebody’s life was saved.”

It’s not exactly the 40th birthday he had planned, but it’s an experience he’ll never forget, and he’s glad he was there to serve in that moment.

Puryear says everyone should pay attention during CPR training, you never know when you’ll have to use it.