Judge to rule on legitimacy of defamation lawsuit aimed at Del. Cheryl Turpin

The legal saga involving a man named Scott Presler, who asserts he was wrongly painted a racist, continued in a Virginia Beach court. 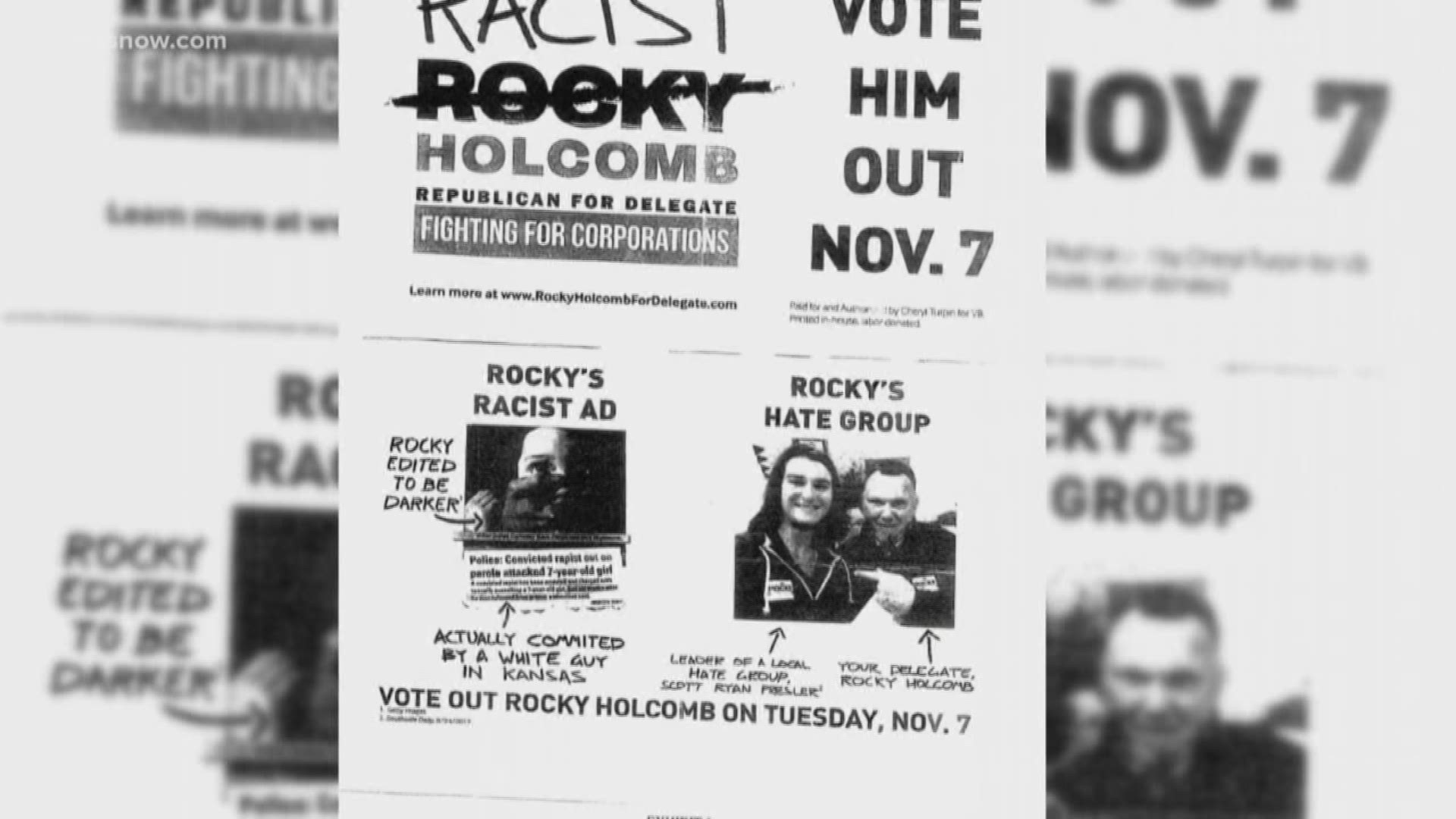 VIRGINIA BEACH, Va. — A man suing Delegate Cheryl Turpin for more than $5 million, claiming defamation, had another piece of his case tossed out Monday morning.

However, a judge is still deciding whether the remaining part of the case could head to a jury trial.

The lawsuit stems from two-year-old political ads that featured Scott Presler posing for a picture with Turpin's then-opponent, Rocky Holcomb.

The ads, which were backed by Turpin, read, 'Leader of a local hate group, Scott Ryan Presler,' underneath the picture.

Presler claims he was wrongfully painted as a racist and as someone who associates with neo-Nazis and white supremacists.

Earlier this year, a judge gave Presler and his attorney, Rhiannon Jordan, a chance to come back with better a supported argument for two of the four alleged counts: defamation and defamation per se. The other two counts were dismissed.

In a Virginia Beach Circuit Court courtroom Monday, the judge video-conferenced in to hear the renewed arguments in the case. Presler and Turpin were not present.

The judge ultimately dismissed the defamation per se claim but said she needs more time to consider if there's enough for a defamation case. If she rules there is enough to move forward, the case would head to trial for a jury to decide if Presler is in the right.

According to court documents filed by Presler, he was briefly employed by the group 'ACT for America,' which has been labeled a hate group by the Southern Poverty Law Center.

SPLC says ACT has held anti-Muslim rallies across the U.S.

However, Presler argues that his reputation has been tarnished by the ads, and believes they are false. Specifically, he takes issue with being called a 'leader' of a local hate group.

His attorney declined to comment on the case following Monday's hearing. She said she would rather wait until the judge made her ruling.

"Political ads are by nature persuasive, advocacy that a lot of people find distasteful," Jeffrey Breit said. "That doesn't mean that there's a legal right to sue over every one of them, and I hope [the judge] doesn't either."

They said should the judge rule there is enough to move forward, it would open the floodgates for political ad lawsuits.

"We've asked the court, and we believe the court should say as a legal standard, these are political ads," Breit. "It's 1st amendment and that the counts don't stand legal muster and should be thrown out as well."

RELATED: US takes step to require DNA samples from asylum-seekers