The bill passed unanimously in the Senate on Monday. 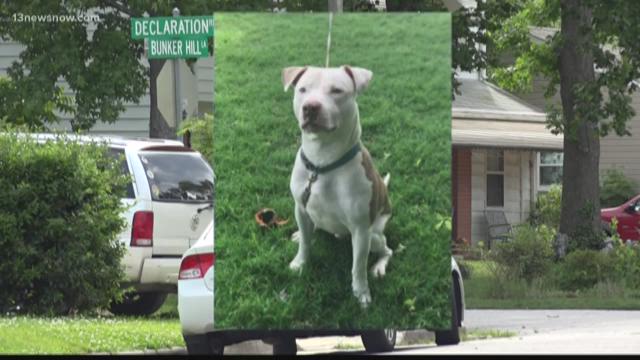 VIRGINIA BEACH, Va. (WVEC) -- A bill passed unanimously in the Senate, Monday, that aims to regulate animal training centers after a pit bull mauled a 90-year-old woman to death.

The proposed legislation would make it mandatory for any facility -- not just shelters -- to disclose that information. It also would require the date and circumstances around the bite.

If someone does not disclose that information, they could face a civil punishment.

“It’s a consumer protection bill,” said Sen. DeSteph. “You need to understand if that dog had any type of bite history or had that aggressive-type nature in it.

The bill was drafted in response to a fatal pitbull mauling in Virginia Beach last summer. Linda Patterson adopted Blue the Pitbull from Forever Homes Rehabilitation Center. Her 90 year old mother, Margaret Colvin, was then mauled to death by the pitbull in their home.

“She saw her mother disemboweled virtually and then her mother’s arm had to be amputated and her mother died,” said Patterson family lawyer Irv Blank. “The room was just covered in blood so she’s just not doing well.”

A month’s long 13NewsNow investigation revealed Forever Homes Rehab Center never disclosed Blue the Pitbull’s bite history before it was adopted out to the Patterson family.

After speaking with various government agencies, 13NewsNow also discovered there are no laws in place to prevent a dangerous dog from being adopted out and potentially killing again.

Senator DeSteph said the fatal pitbull attack could have prevented.

“It had within 24 hours of adopting it, it had been returned for biting multiple times so that’s not a good thing,” said DeSteph.

The bill will now head to the House. If it passes, Governor Ralph Northam will decide whether it will become a law.

13NewsNow reached out to the Governor’s office to see if he would sign the bill. Spokesperson Charlotte Gomer said,” We will review the legislation when it reaches his desk.”

In a statement to 13News Now back in November, Forever Home Rehabilitation Center stated:

“Forever Homes again extends its condolences to the loved ones of Ms. Colvin. While we offer our deepest sympathy to those impacted by this tragic event, we remain confident that once the legal process has run its course, Forever Homes will be fully exonerated of any allegations of wrongdoing.”