Local college students say now, more than ever, they need to vote

Student organizations at the College of William and Mary are doing a final push to get people registered to vote before the midterm elections. 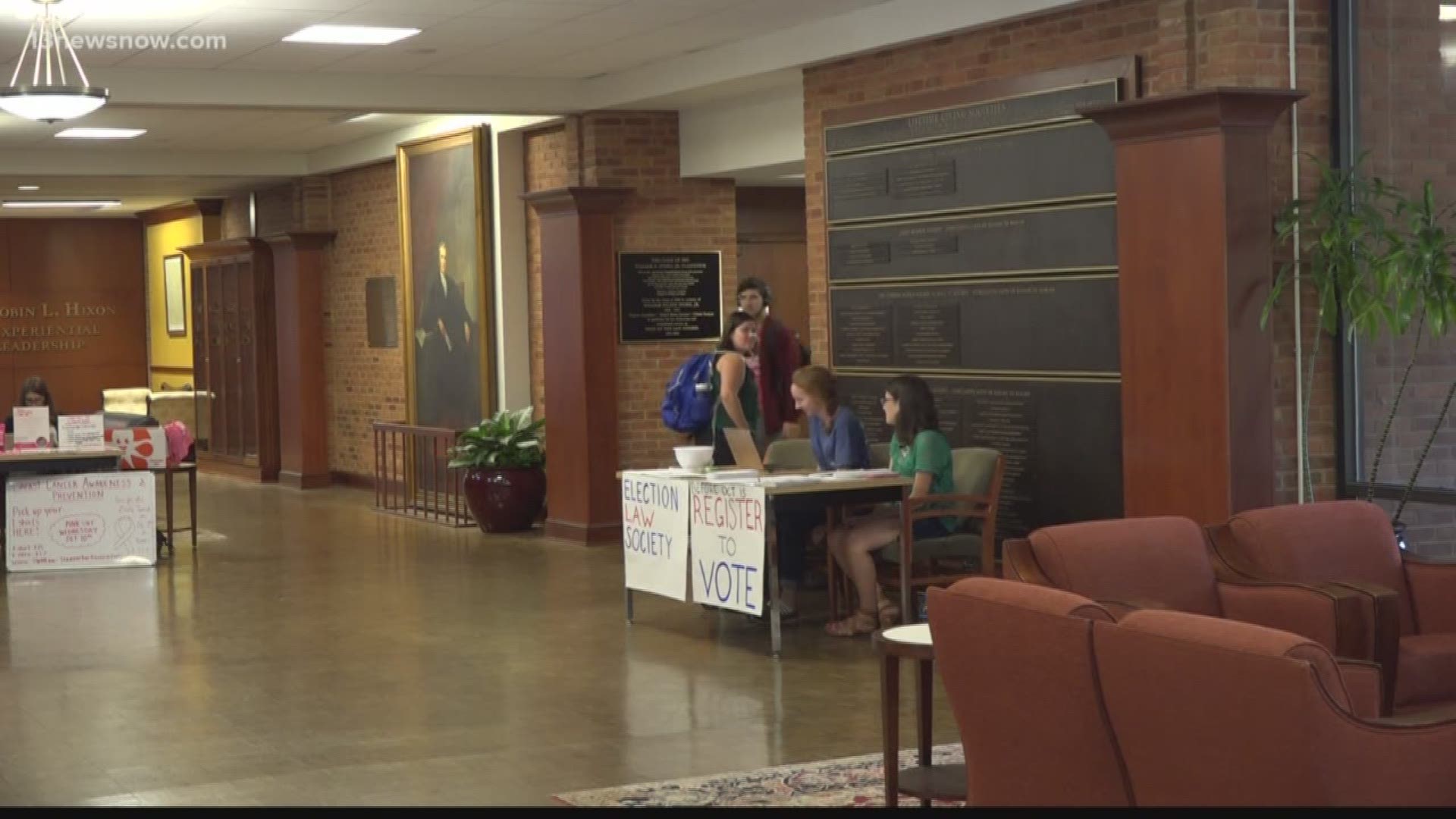 WILLIAMSBURG, Va. (WVEC) — With less than four weeks left before the midterm elections, student organizations at the College of William and Mary are making sure their peers are registered to vote.

On Tuesday afternoon, student leaders from the Election Law Society had a registration table set up on campus. It was their last push to get their peers registered to vote.

Evan Smith is one of the students who registered on campus.

“They make it easy for us,” said Smith. “Instead of having to do all this other stuff and mail absentee ballots, they just have it ready for us, so we can just sign our names, fill out the forms, and be ready to go.”

“I almost didn't realize I could get registered to vote in Virginia,” said Friedlander. “I thought since I just moved here, I couldn't vote in the state.”

However, all she had to do was request an absentee ballot. She took the time to figure it out, but many don’t. Rebecca Green, a professor at the William and Mary College of Law School said in many cases, uncertainty about the registration process is enough to discourage young people from voting.

“Voting is more complicated than you think. A lot of people don’t know whether they can vote here in Virginia if they’re not from Virginia, so that’s confusing for people. Then, often times, the process of requesting an absentee ballot is confusing. So if they’re from another state and they’re trying to vote in another state and they never have tried to do that before. Any kind of administrative burden sometimes is enough to stop someone from voting,” said Green.

This time around college students on campus feels a strong urge to vote.

“With all the stuff that's going on now, I think it’s definitely more important than ever,” said Smith.

Charlie Vanbourgondien, a senior at William and Mary said he’s registered, and he will be going to the polls with his mom to vote. It’s something he feels passionate about.

“With the current state of affairs, especially after Kavanaugh has been taken onto the Supreme Court, I feel like it’s important to get some Democratic representation in Congress right now,” said Vanbourgondien.

During the 2016 election, voter turnout among millennials was only 51 percent. That means roughly half of the young people in the country didn't vote. Student-led organizations like the Election Law Society want to help more college students become politically engaged.

The last day to register to vote is next Monday, October 15. Mail-in ballots have to be mailed by October 12. The midterm elections are November 6.