Man finds out, documents how easy it is to buy AR-15 rifle

Brian Griffin picked up a weapon without a problem in a relatively short amount of time. 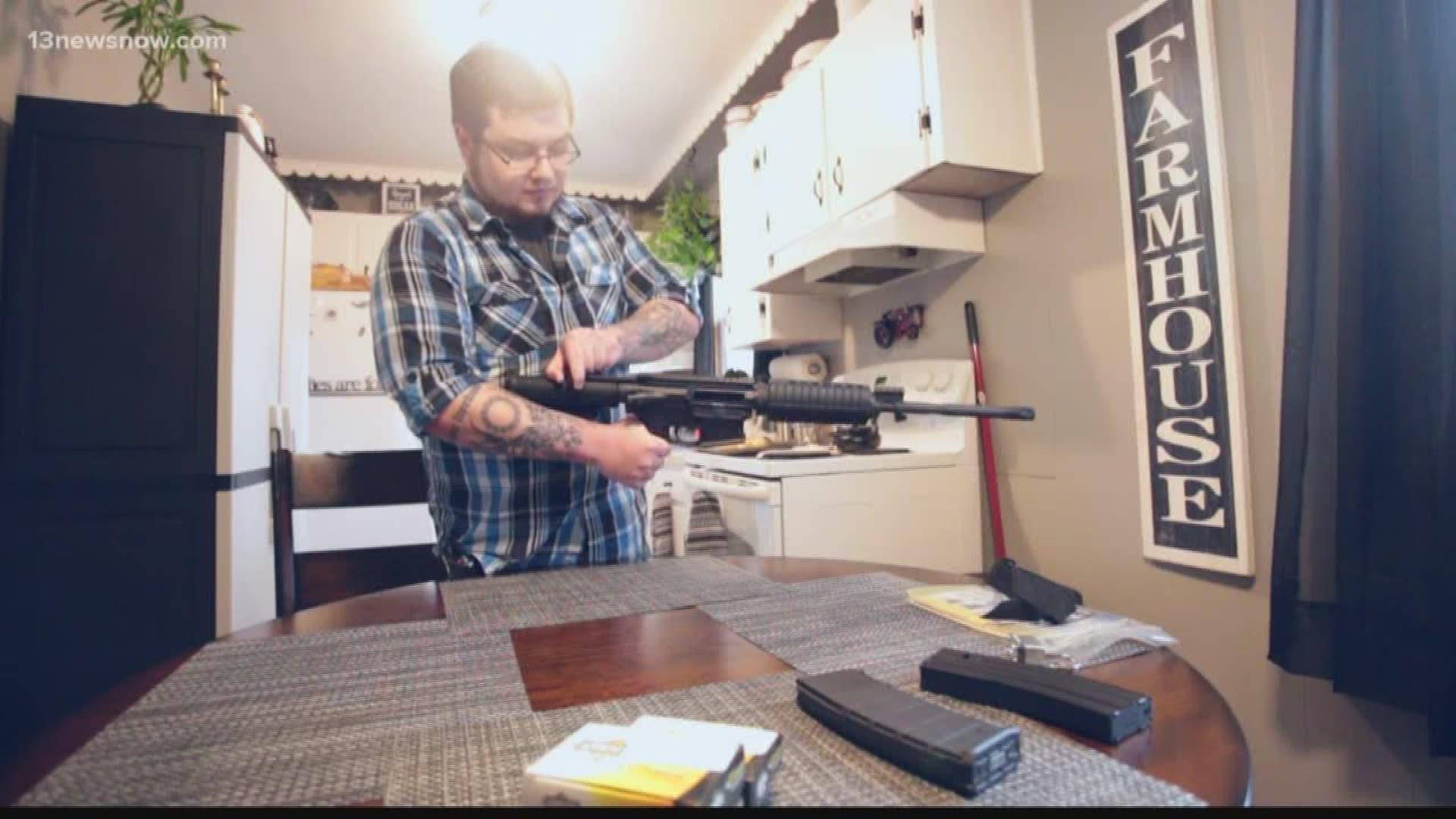 PORTSMOUTH Va. (WVEC) -- A man said a driver's license, plus one hour and 20 minutes is all it took for him to purchase an AR-15 rifle legally.

"I was just a little shocked to be honest,” said Brian Griffin, who posted the timeline on Facebook and YouTube.

Griffin told 13News Now his point was to show people how easy it is to purchase the type of weapon used in the deadly high school shooting that took place in Broward County, Florida on February 14.

Griffin said, "The only thing I want to do is inform people about the laws as they exist today."

The first-time gun owner claimed he's on mission to learn all he can about guns in Virginia which included the process of completing the state and federal forms to own the gun.

"Signed it on the back filled out another form that was it," said Griffin.

Griffin told 13News Now that the owner of the gun shop where he purchased the rifle told him he should take a class on proper gun use, so Griffin bought 100 bullets to go with the gun.

The Virginia native said he's not against guns but he believes, "we are normalizing this whole process."

13News Now checked out the forms needed to get a gun at a gun shop in Windsor, and it only took minutes to fill them out.

Gun shop owners who talked to us said it’s a felony if you lie on the form, and they have the right to refuse selling a gun to whomever they choose.

The owners agree there should be a standard national background check. That way, gun owner information can be shared across state lines.

Griffin said the most recent mass shootings proves there should be a change in regulations, whether it means adding a gun safety test, a longer wait time for state approval, or something in between.

He told 13News Now his next step is to test the gun at a firing range with instructor supervision. He added that at the end of all of this, he does not want to hold onto the gun, and he plans to turn it into law enforcement.