Meltony and Brandy Billie support federal legislation that would create a warning system for missing adults that would be named after their daughter, Ashanti Billie. 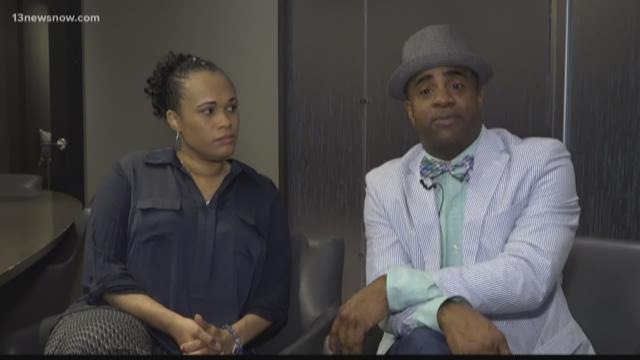 VIRGINIA BEACH, Va. (WVEC) -- The name of a murdered woman who was abducted from a local Navy base could live on in federal legislation.

If a proposal drafted in Washington becomes law, people across the country will know the term "Ashanti Alert," named for Ashanti Billie. The warning would be sent out by law enforcement when an adult is missing and endangered.

When Billie disappeared last September, there was no widespread alert -- no emergency tones sent to people's phones, no billboards letting people know to look for her -- the way there might be if a child or senior citizen is missing. That's because at 19 years old, Billie was too old for an AMBER Alert to be issued and too young for a Silver Alert.

“Until this incident happened to us, we thought there was something in place that just never got engaged,” said Billie's father, Meltony.

He and his wife, Brandy, are backing the federal legislation that would create the "Ashanti Alert." They don't know if that type of warning ultimately would have saved their daughter's life. Their hope, however, is that it could prevent other parents from experiencing a loss similar to theirs.

“We want people to know that everybody's helping you look for that missing someone,” said Meltony.

“When I sat down with Ashanti Billie's family, in my gut I knew that they were going to get some bad news,” Taylor remembered.

The bill will create a national communications network within the Department of Justice to initiate and facilitate alerts for missing adults. The law enforcement agency (or agencies) investigating the case ultimately would decide whether to send an alert.

“Every second counts when something like this happens,” Taylor told 13News Now. “So, it's important for every tool to be brought to bear.”

The system would be voluntary for states and localities. The legislation differs from a bill proposed on the state level.

“When you look at the Ashanti case, for example, when she was abducted here in Virginia but ultimately found in North Carolina,” Taylor said. “So, you have things across state lines, so it's important to have something that goes nationally.”

The Billies believe their daughter would be proud of their efforts to push for change.

“This is a way that she can continue to help everyone else,” Brandy said. “Even though she's no longer here, she's still helping people. And for us, that's the most important thing. Her name will live on always.”

Taylor has House bill sponsors on both sides of the aisle. He hopes to have the same for a Senate version of the legislation.