Dive crews searched for Juanita Coffield near Southern Benefit Road, an area where neighbors reported seeing her before she went missing. 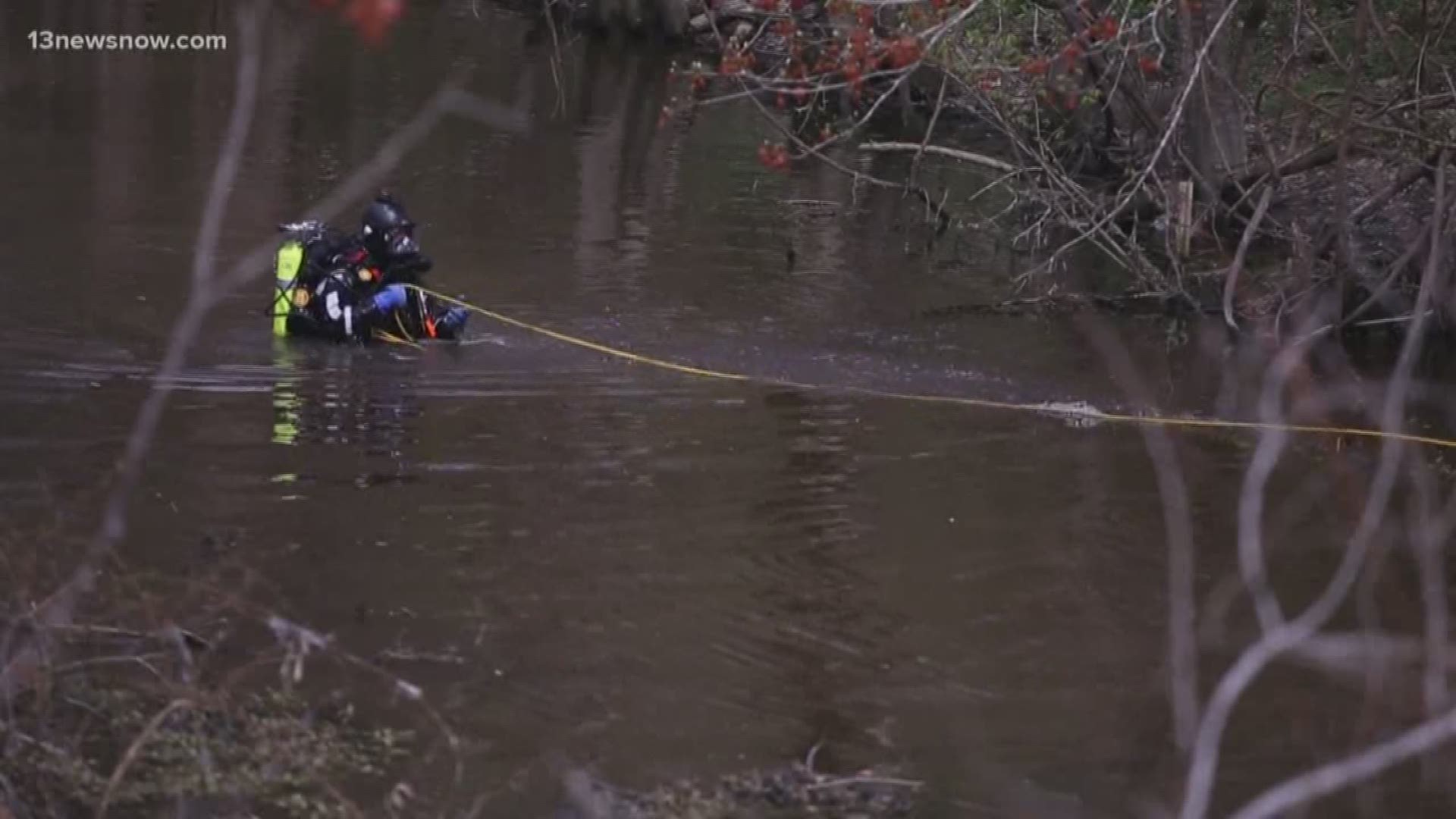 Juanita Coffield disappeared in June 2017. She was 76 years old when she went missing. Officials said Coffield suffered from dementia and left her home on several occasions.

On Monday, a dive team spent the entire day searching the water near Southern Benefit Road.

Detective James Thomas with the Chesapeake Police Department said they recently received a tip about Coffield’s disappearance. They resolved the tip, but it prompted them to renew the search nearly two years after her disappearance.

"The police department is working these cases,” said Thomas. “We don’t just close them and walk away. As a citizen, it’s nice to know that there’s somebody out there that is still looking. We’re just gonna look until we find her.”

The area where dive teams searched Monday was near Lake Drummond. Coffield lived a mile and a half away from where crews were searching.

Thomas said it’s an area they had not searched before. Neighbors reported seeing Coffield walk along Benefit Road several times before she went missing. He has been in touch with Coffield’s family members throughout the search.

“They’re very receptive to the attention, they want her found,” said Thomas.

Crews didn’t find a trace of her on Monday, but Thomas said they’ll continue to search the area again in April.

“Hopefully we have a better briefing in the future when I can say we found her,” said Thomas.

If you know anything about Coffield’s disappearance, call the Chesapeake Police Department at (757) 382-6161.