On Monday night, neighbors in the Holly Cove neighborhood in Chesapeake held a vigil following a shooting Saturday night that left nine people injured and one dead. 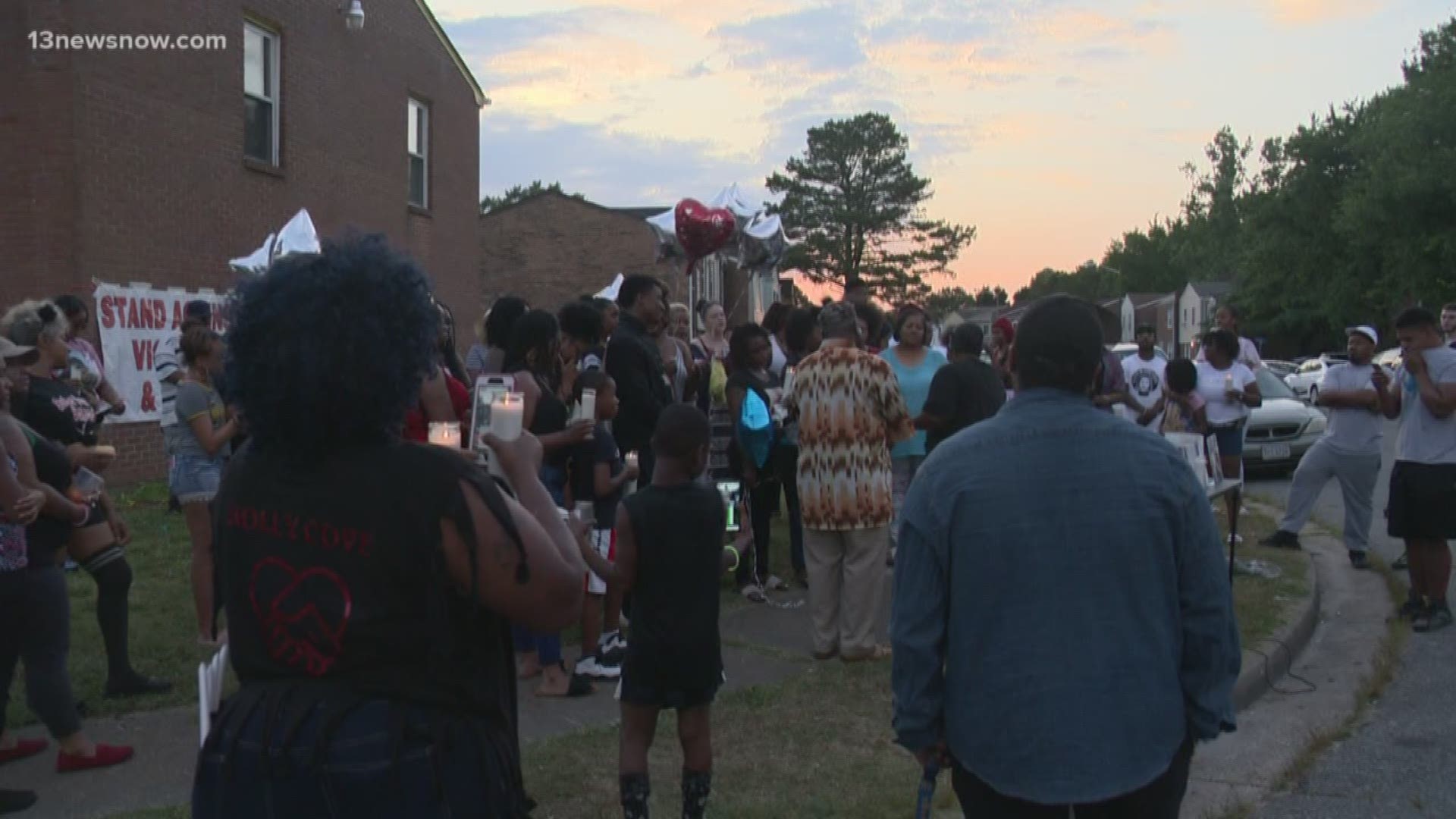 CHESAPEAKE, Va. — On Monday night, neighbors in the Holly Cove neighborhood in Chesapeake held a vigil following a shooting Saturday night that left 9 people injured and one dead.

The man who died was 27-year-old Brandon Smith.

"He was a good person, so, for anyone who had any type of speculation, he was not that type of person," said his cousin, who spoke to the crowd.

Smith's family didn't stop short to remember him, and tell everyone who he was. They brought pictures, wore shirts with his face on it, and lit candles.

"I'm going to miss him so much. You all don't understand. We've been glued at the hip since we were kids. We played every game together. We did everything together. This is not right," said his cousin.

As people gathered for this vigil Monday night, Smith's family also spoke passionately about their hurt but also urging people to reflect on how violence impacts families.

"Come on, now. We have to come together. All of this pointless killing and shooting," his cousin said to the crowd.

The party organizer, Nique Vaughn, said the party that night was family friendly and he believed someone from outside of their neighborhood came in and started trouble.

"It was negative. Something positive turned negative. That's why we're trying to redirect and transfer it back to a positive. It doesn't take away from what this community is doing at all," he said.

Vaughn said that positivity starts with honoring Smith with his family present and they'll continue to make a difference.

"What we're going to do is continue to push forward and use his name and his family and loved ones and support them," said Vaughn.

"You look like me and I'm killing you. No. We should not have that hate in our heart. God made us a loving people, a compassionate people," said Smith's cousin.

Chesapeake police still haven't arrested anyone, and they still have not released any suspect information.