The largest design-build project to date for VDOT will widen I-64 on the Southside and add one HOT/Express Lane in each direction. It will expand the corridor from four to six full-time lanes. 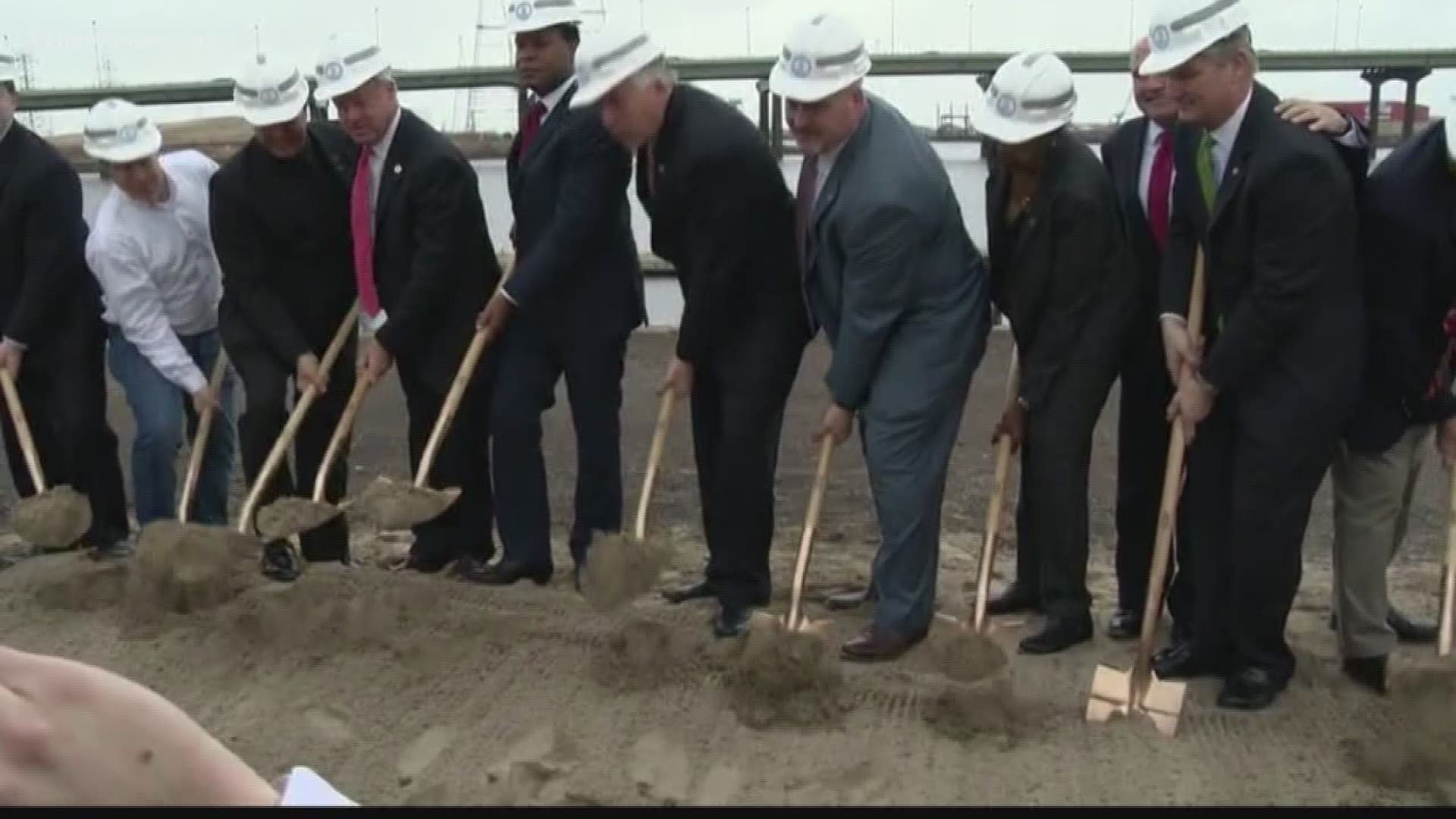 CHESAPEAKE, Va. (WVEC) -- Crews broke ground on a massive project to expand the High Rise Bridge in Chesapeake, making it the largest project in VDOT history.

The expansion includes several miles of Interstate 64 between 264 and 464.

The project will stretch nearly nine miles, turning the road from four lanes into six lanes, and add one HOT/Express Lane in each direction.

“It’s the largest step in reversing the gridlock that’s happened in this area in many years,” said Secretary of Transportation, Aubrey Layne.

Terry McAuliffe broke ground on the I-64 Southside Widening and High Rise Bridge Project on Friday, as one of his last acts as governor.

He said this last ground breaking of his is one of the most important ones for the local economy.

In addition to the lane widening, it will also build a new fixed-span High Rise Bridge to the south of the existing bridge.

Design managers can now start constructing the project in June. The project is funded with a $409,000,000 award from the Commonwealth transportation board.

"It’s quite a big bridge and it’s going to be exciting to build and I think it’ll be exciting for people to see it as it goes up," said Glenn Olechnowich the design build project manager.

The construction is expected to be completed by July 2021.