A woman holiday shopping is outraged after she found a security camera, pointed into her dressing room. 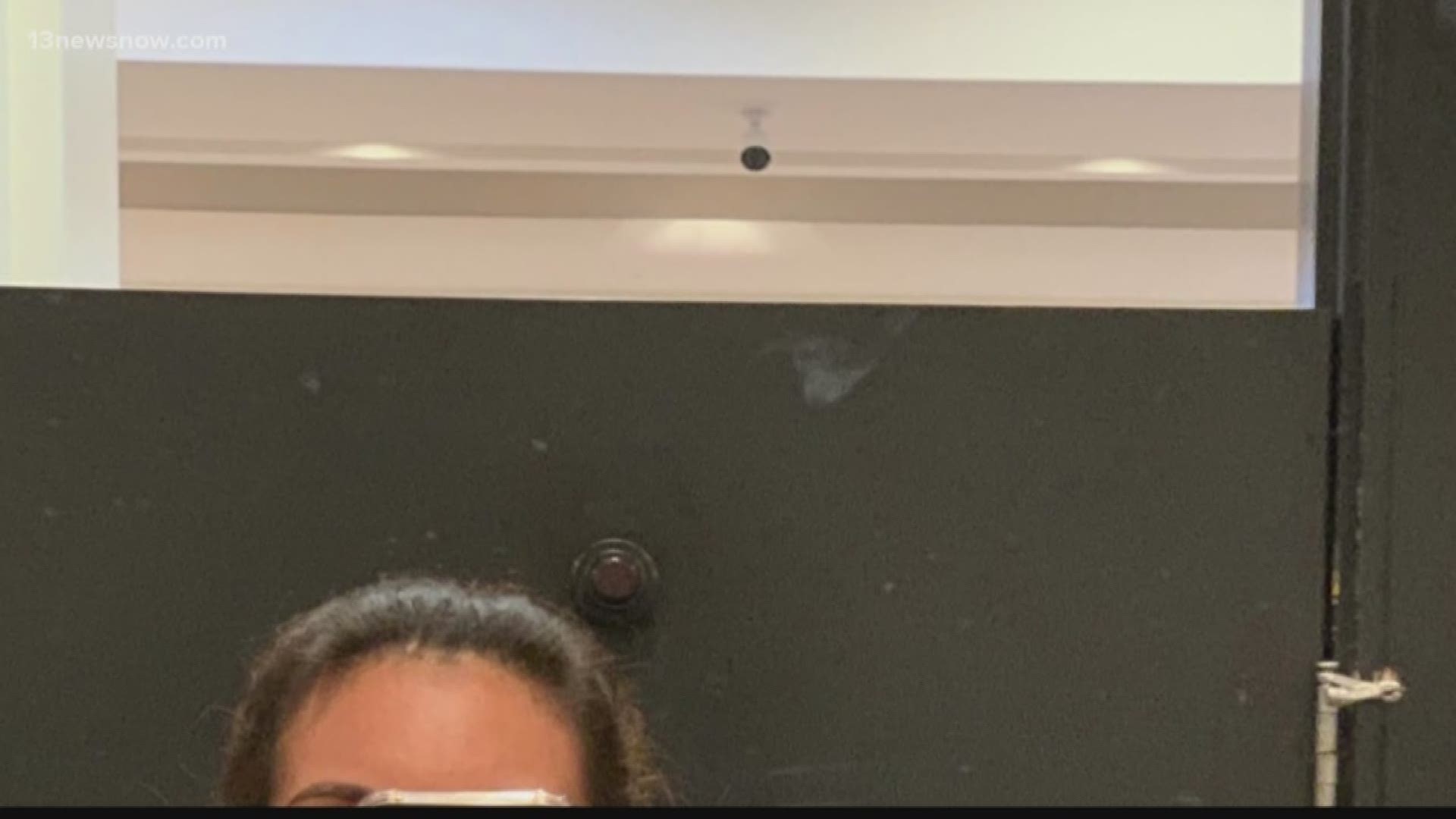 A woman holiday shopping is outraged after she found a security camera, pointed into her dressing room.

Last Saturday, Jessica Hernandez was shopping at a store called 'HOLIC' in Greenbrier Mall when she made the troubling discovery.

“It was almost like something just said, 'Jessica look and I’m looking right at it, and I’m like oh my stars I’m on this camera, like naked,” said Hernandez.

The security camera was pointed toward the dressing room mirror in her stall. After reporting the problem to the store’s manager here’s what she said happened.

“I showed him exactly what I saw in the dressing room, and he was addressing another camera that had nothing to do with the camera I was concerned about. When I showed him the camera that I was talking about, he told me to get out of his store. For him to react to me and tell me to get out of his store, and not even address my concern, it’s a little bothering,” said Hernandez.

Hernandez took her concern to mall security where she filed a complaint. 13News Now reached out to Greenbrier Malls security and the company that owns the mall, CBL Properties.

"Hernandez said she understands stores want to protect their merchandise by having security cameras. But what doesn’t sit well with her is that she may not have been the only person caught on that dressing room camera."

“I’m just thinking about my daughter, and other minors that go in that go in that same dressing room. There's nasty people out here and you just have to be careful and mindful of stuff like that and it just happens to be that I was one of the victims,” said Hernandez.

"Mrs. Hernandez reported the dressing room camera to a part time Chesapeake police officer at the mall. Officers reviewed the security footage from the camera in which Mrs. Hernandez indicated was pointed towards her dressing room stall," Kosinski said.