Buckroe Fishing Pier collapses after a loose barge crashes into it

A loose barge hit the Buckroe Fishing Pier and it collapsed minutes later. The beach and the pier are closed while emergency crews work to secure the barge. 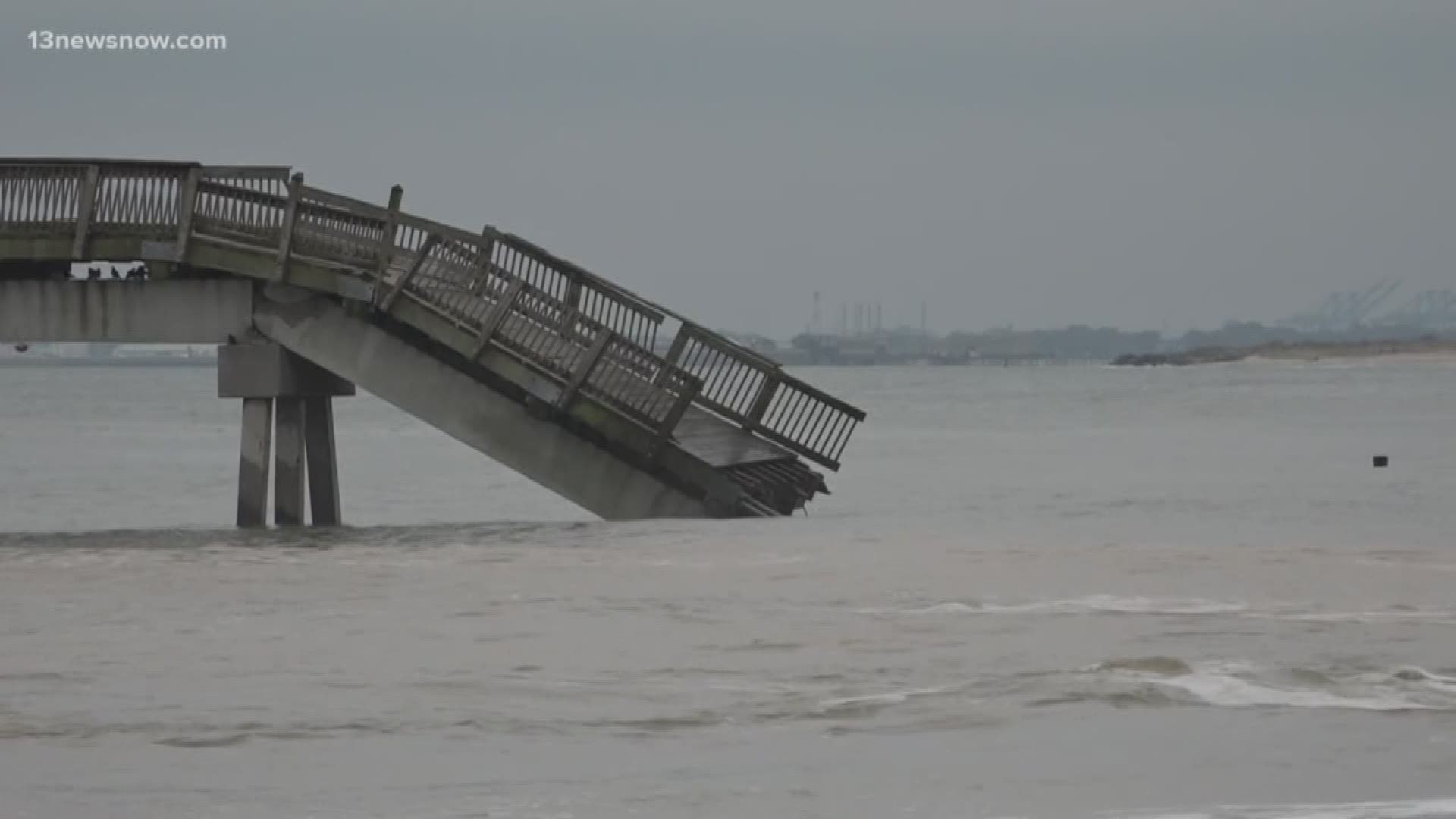 HAMPTON, Va. — The popular Buckroe Fishing Pier collapsed after a barge crashed into it on Sunday morning.

Hampton police sent out a tweet that said a loose barge struck the pier. Minutes later they sent out another tweet saying part of the pier collapsed.

Police didn't give an exact time on when the accident happened.

Division of Fire & Rescue, Virginia Marine Resources Commission, and U.S. Coast Guard were on the scene working to secure the barge.

The 709-foot pier is located near Point Comfort Road, in the same area as the previous pier which was destroyed by Hurricane Isabel in 2003, according to the city of Hampton.

The pier was rebuilt and reopened in 2009.

It was renamed the James T. Wilson Fishing Pier in 2015 to honor the city's long-time parks and recreation director Jim Wilson, according to a 2015 Daily Press article. Wilson retired in 2016.

The pier is supported by concrete pilings with wooden decks and railings.

Dozens of people gathered at the beach to watch as crews tried to secure the barge.

Bystanders said they noticed the barge, carrying an excavator, floating a few miles offshore before it gradually drifted.

“It really is incredible. I just hope they can anchor it so it doesn’t do more damage,” Carolyn Pretell said.

Her husband Jaime Pretell pointed to a spot right next to the pier, adding: “We actually usually beach right there next to the sign, so we’ll see what happens.”

Authorities shut down the beach and warned people to stay away, but many couldn’t resist coming out to get a look.

“I don’t live too far away so I came out here to take a look and see how bad it is, and it looks pretty bad,” Gordon Jones said.

“This is a landmark where people come to fish, socialize, get to know each other.”

Jones lives right down the road and has lived in Hampton his entire life. He says he’s out on the pier every summer.

“During the season I’m out here maybe once a week, something like that, at least,” Jones said.

“I’m just sad to see it happen. I hope they can fix it and get it back before next season.”