No other boats were involved, and firefighters say there was minor damage to the pier. 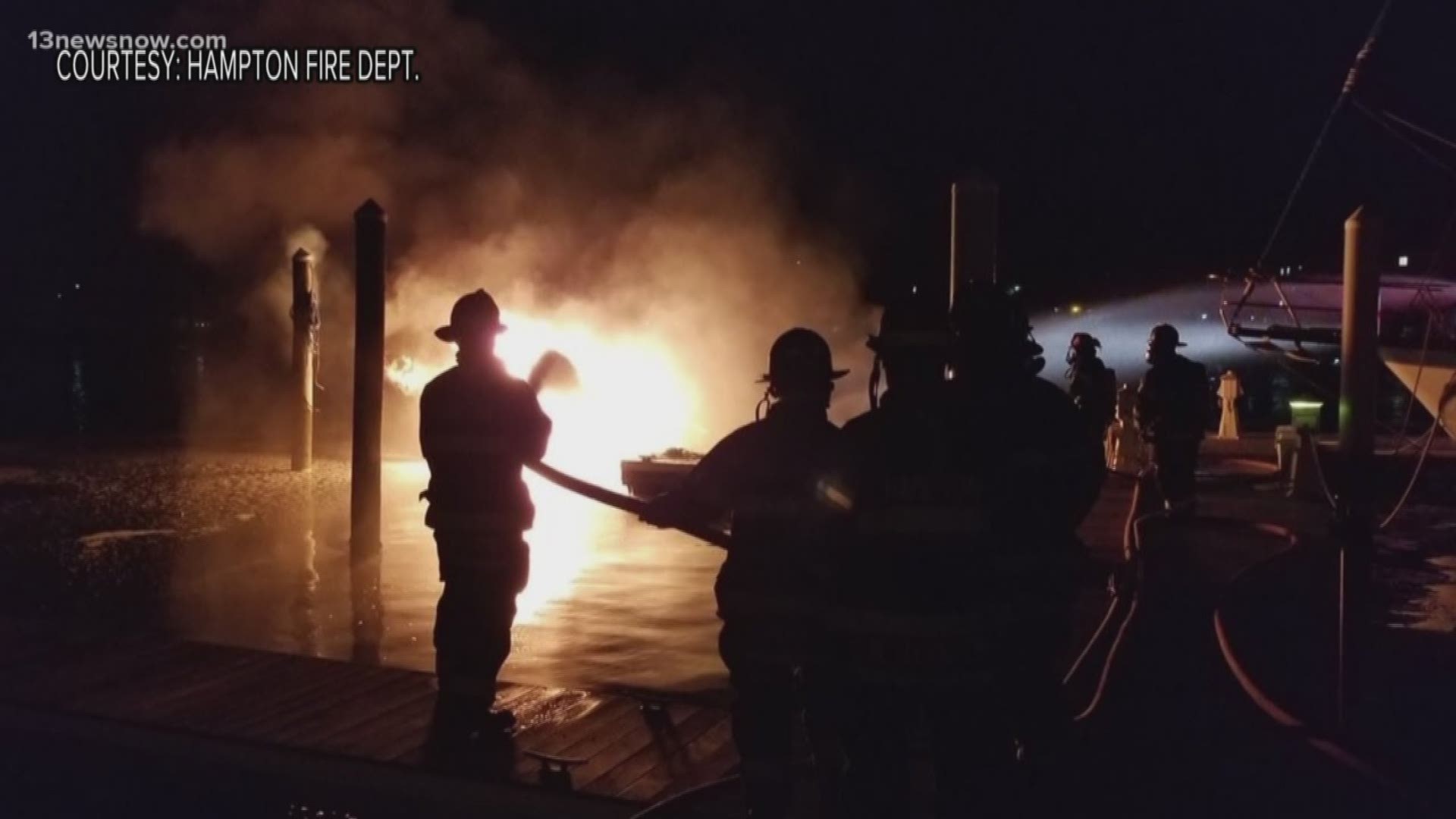 The fire broke out on board a 40-foot boat shortly after 3:30 a.m. on Marina Road, at the Bluewater Yachting Center. Approximately 300 gallons of fuel were on board at the time of the fire.

Suzzanne Fairbank said she was on her boat when she woke up to a noise.

“It was an explosion. You could feel it," said Fairbanks.

She is fine, but her boat was anchored two spaces away from the fiery explosion.

“I looked out to the right and I said, 'You know, if it was this boat, we’d be in severe danger because the boats are very close together,'” said Fairbanks.‪

Thirty-five firefighters from nine Hampton Fire units responded to put out the blaze, and hazmat crews are also on scene to contain the fuel that spilled into the water. The fire was put out by 4:12 a.m., but flames reignited on the water shortly before 7 a.m.

Boat owner Bill Knowles said he applauds the firemen and women for saving his yacht, nearby.

“So, it’s good, and these guys did a fabulous job," said Knowles.

Earle Hall, one of the partners for the Bluewater Yachting Center marina, said this is the first time a boat has caught on fire here after 20 years of business.

“It could’ve been pretty catastrophic," said Hall. “Compared to most marina fires, this is really pretty minor. So, we’re all very lucky.”

No other boats were involved, and firefighters say there was minor damage to the pier. The boat sank and will need to be pulled out of the water.

No injuries are reported. The cause of the fire remains under investigation.

#13NewsNow .@HamptonVAFire has several fire crews working to put out a fire on a boat in the marina. pic.twitter.com/3G0UFWh8VO