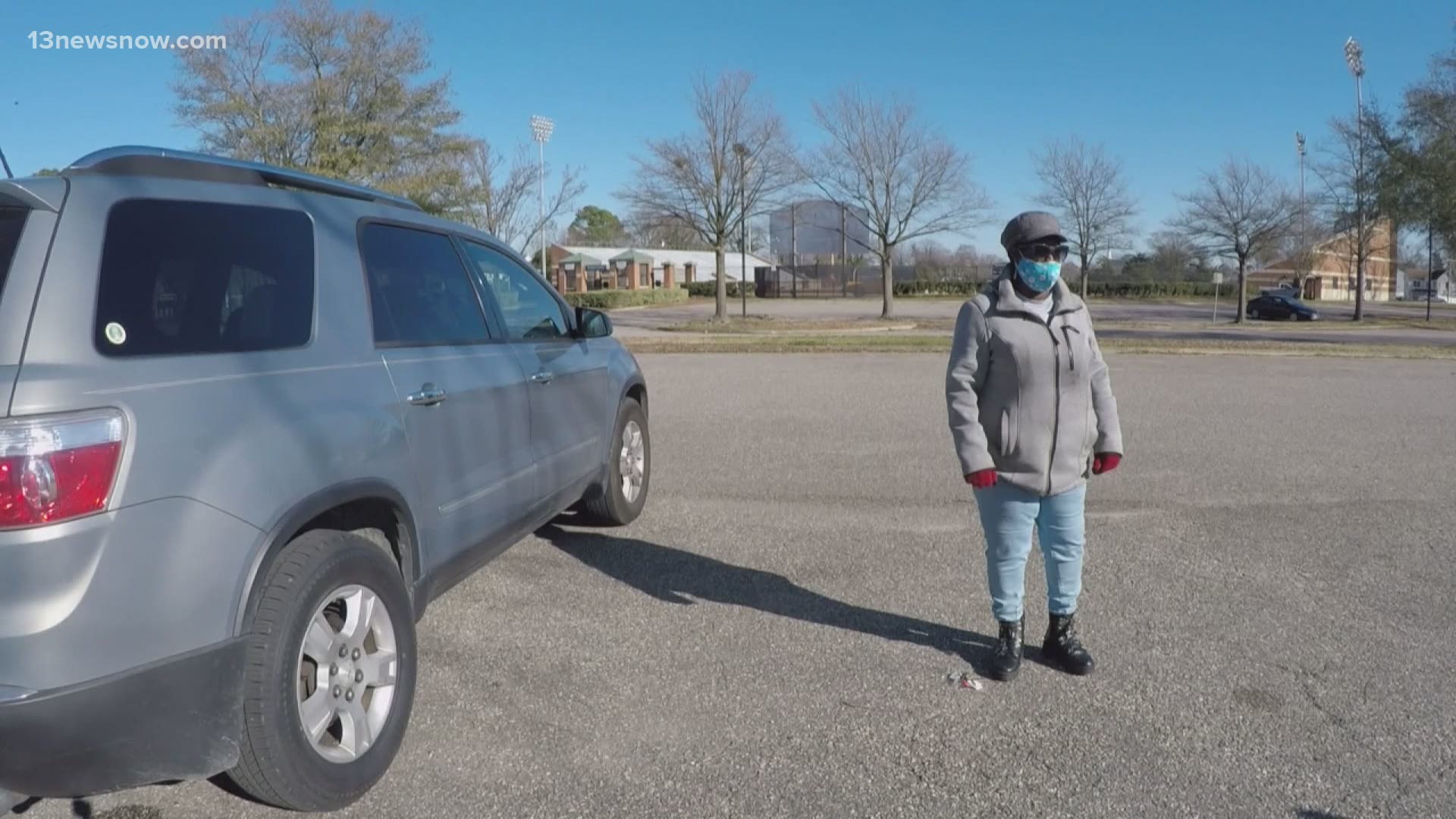 HAMPTON, Va. — The four wheels of a GMC SUV were more than just Margaret and John Eaddy's car - it was their home for several weeks in the fall of 2020.

“We were living in our car, and it was horrific," Margaret Eaddy said.

In late September, Eaddy and her husband were evicted from their Hampton residence with no place to go. They resorted to living in their car, which they would park next to Darling Stadium near downtown Hampton.

Eaddy's husband, a truck driver, had been impacted financially through the pandemic. Previous eviction notices from the couple's past made it hard to find permanent housing in the years leading up to April of 2020, before they then moved into the residence they would later be evicted from.

“My husband had a little skip in his paycheck, but we would tell her, 'We have this amount.' We were trying to give her everything we had," Eaddy said.

For weeks, Margaret and her husband survived out of their car, before their stories were picked up by several national publications, including social media stories on AJ+ as well as being featured on an early December segment of CBS This Morning.

“We would go to the churches and eat," Eaddy said. "We’d go to the Dollar Tree, get Lunchables or open up cans.”

The couple found temporary relief when, days after the CBS News segment aired, Eaddy says the city of Hampton helped find temporary housing for them to get them off the streets.

“She still had hope, she was still faithful that it’ll turn around," Javon Bennett said.

Bennett maintained a close contact with Eaddy, and said her story highlights a rising and ongoing problem the organization is seeing in Hampton Roads: landlords unwilling to budge on rental assistance through the pandemic.

“We've had cases where the landlords said 'No.' We’ve been able to raise money for certain individuals, but they would still say no," Bennett said.

“We need stories like hers to get out," he said. "Stories like hers on the public scale will get out, but there will be 100 people going through the same thing that won’t get out.”

“Not only did it humble me, my husband and I, but it showed it could happen to anyone," Eaddy said.