Building 144, the medical center's mental health building, is cleared after a "potent odor" led to an evacuation Wednesday. It will reopen at 7:00 a.m. Thursday 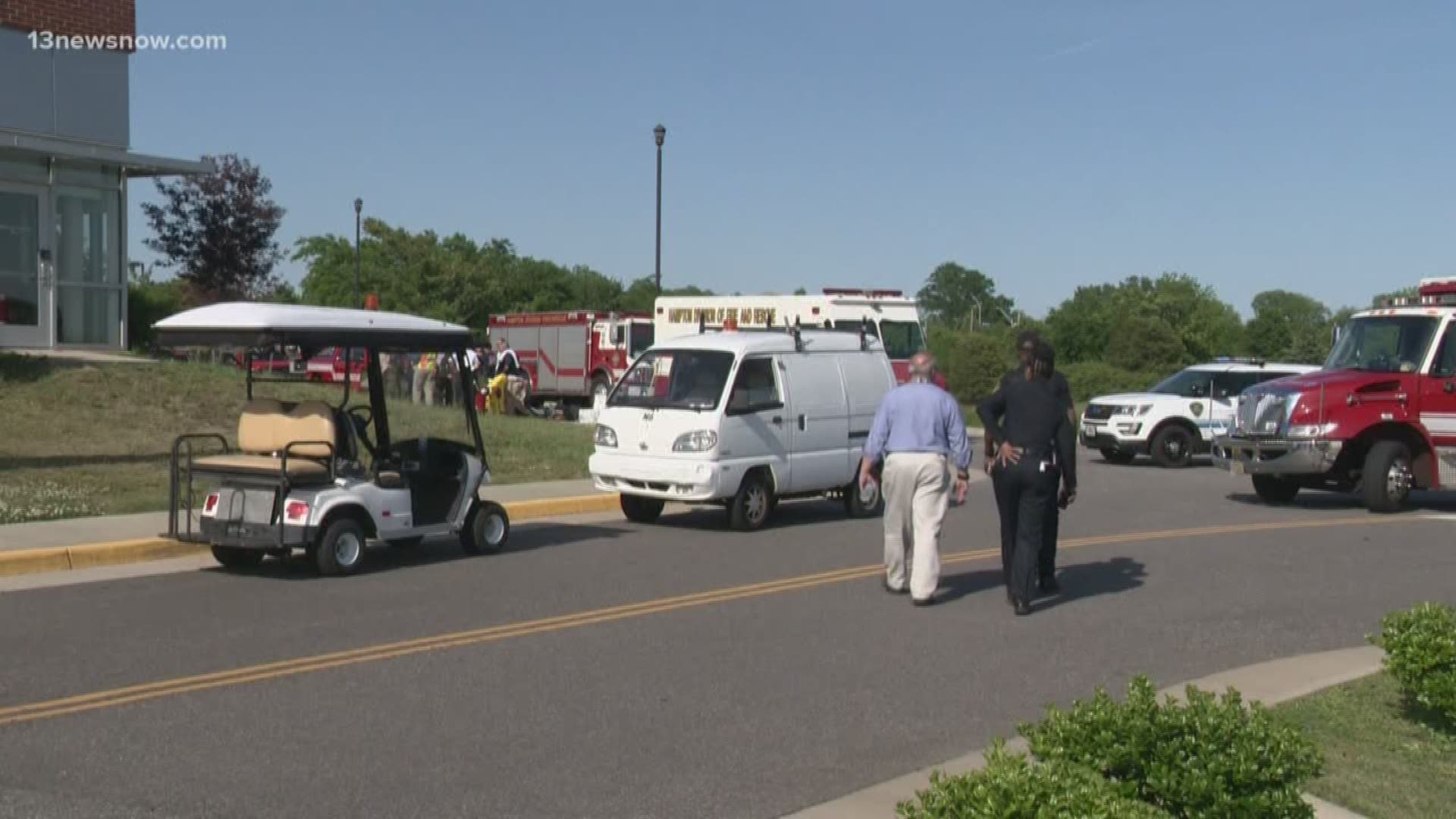 HAMPTON, Va. — Building 144 at the Hampton VA Medical Center has been cleared for operation by the Hampton Fire Division after a pungent odor led to a full building evacuation.

Officials confirmed the odor came from a urine sample that a veteran at dropped off.

“There were no contaminants, no hazardous material, according to the HAZMAT team and the fire department, so all is clear," said Dr. Taquisa K. Simmons, Interim Medical Center Director.

The building was evacuated Wednesday afternoon after staff noticed a "pungent odor" overwhelming the first and second floors.

“You have a lot of older disabled veterans here, and to get them out of here it takes time," said a veteran named Jay.

Jay is on the medical center campus at least once a month. He’s never seen anything like this, fire trucks blocking off several streets and bumper to bumper traffic at a standstill.

“You don’t know if it’s terrorist or if one of the patients might be in trouble,” said Jay.

The chemical-like smell was first noticed around 2:30 p.m. on the first floor. Staff and patients had to be removed from the building and remain outside. About 50 people in total were affected.

Two employees needed medical attention because of the incident.

"They are doing fine. They are doing well. They got evaluated, no major issues. They were released. We expect to see them in the morning,” said Simmons.

The smell did not spread to any other area.