Gov. Ralph Northam joined others for the announcement and groundbreaking. He said the facility will support national security and help Virginia's economic recovery. 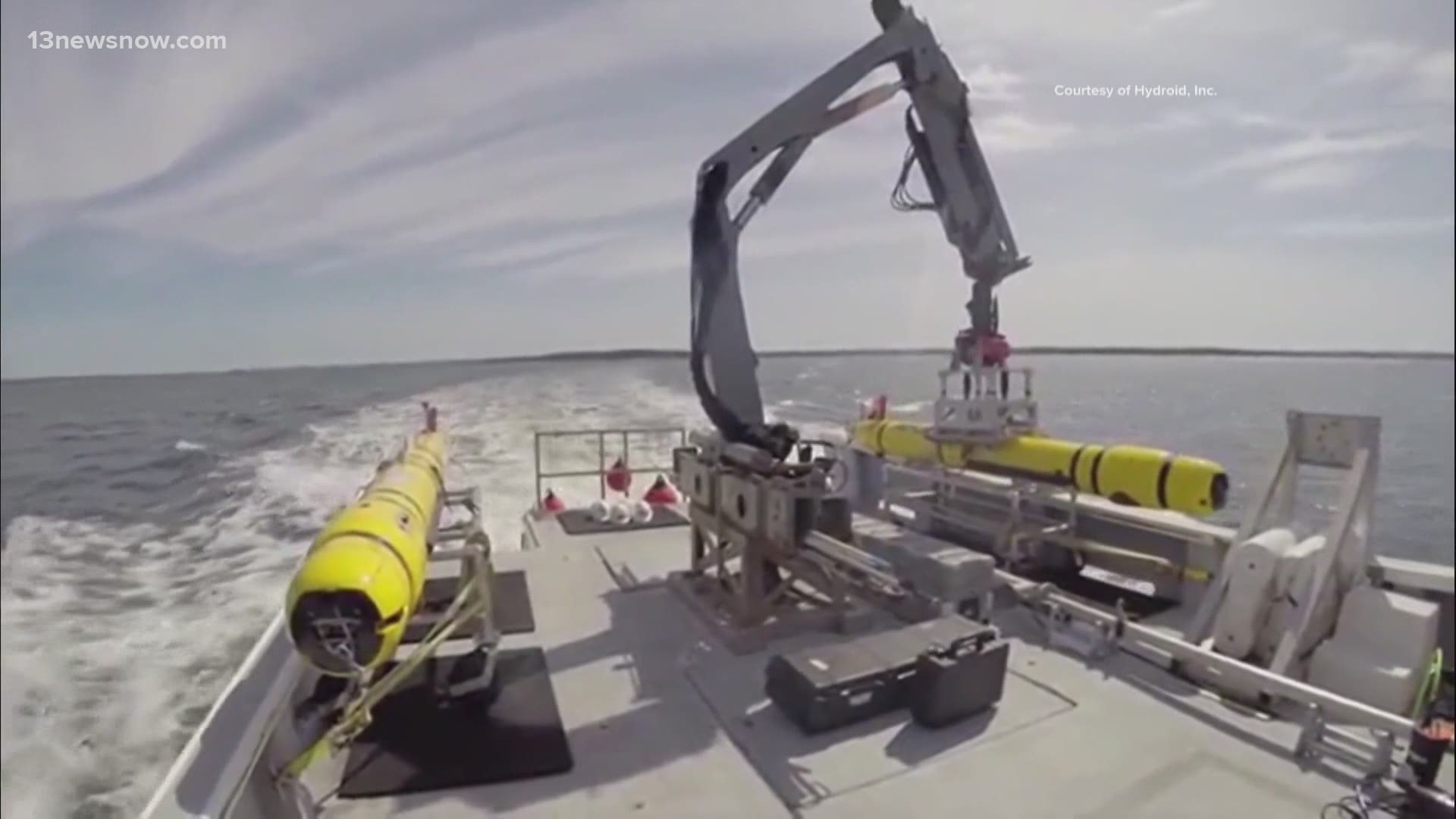 HAMPTON, Va. — Governor Ralph Northam joined Hampton city leaders, people from Huntington Ingalls Industries (HII), and others to announce that the company would establish its Unmanned Systems Center of Excellence in the city.

The operation will bring more than 250 jobs with it.

The location of the center will be at the corner of Commander Shepard Boulevard and North Campus Parkway in Hampton Roads Center North Campus, the site of the announcement. A ceremonial groundbreaking took place afterward.

Virginia competed with North Carolina for the project.

“Virginia is proud to be home to the largest military shipbuilder in the country,” Northam said. “Huntington Ingalls Industries is a national leader in advanced manufacturing, and this investment is a powerful testament to Virginia’s workers and business environment. The company’s new unmanned systems facility in Hampton will support America’s national security and play a key role in strengthening our economic recovery as we continue working to rebound from this health crisis.”

Executive Vice President Andy Green said it was important to put the new center close to the Newport News Shipyard, where they can also draw talent from.

“We have thousands of engineers there, building subs and undersea vehicles, we can draw from that capability right down the road,” Green said.

The Virginia Economic Development Partnership (VEDP) worked with the City of Hampton and the Hampton Roads Alliance to secure the project for Virginia. Governor Northam approved a $1.5 million grant from the Commonwealth’s Opportunity Fund to assist the City of Hampton with the project. The Governor also approved a performance-based grant of $1.5 million from the Virginia Investment Performance program, an incentive that encourages capital investment by existing Virginia companies. Huntington Ingalls Industries is eligible to receive funding from the Transportation Partnership Opportunity Fund, administered by the Virginia Department of Transportation.

“Huntington Ingalls Industries has been a longtime valued corporate partner to Virginia, and we are proud that the company will continue its investment in the Commonwealth,” said Secretary of Commerce and Trade Brian Ball. “HII already employs more than 26,000 Virginians, and its role in our economy cannot be overstated. We look forward to supporting this significant project as Huntington Ingalls expands its footprint in Hampton Roads.”

“Huntington Ingalls Industries has been a longtime valued corporate partner to Virginia, and we are proud that the company will continue its investment in the Commonwealth,” said Secretary of Commerce and Trade Brian Ball. “HII already employs more than 26,000 Virginians, and its role in our economy cannot be overstated. We look forward to supporting this significant project as Huntington Ingalls expands its footprint in Hampton Roads.”

Support for Huntington Ingalls Industries’ job creation will be provided through the Virginia Talent Accelerator Program, a workforce initiative created by VEDP in collaboration with the Virginia Community College System, with funding support from the Northam administration and the Virginia General Assembly. Launched in 2019, the program accelerates new facility start-ups through the direct delivery of recruitment and training services that are fully customized to a company’s unique products, processes, equipment, standards, and culture. All program services are provided at no cost to qualified new and expanding companies as an incentive for job creation.

“The establishment of Huntington Ingalls Industries’ Unmanned Systems Center of Excellence is a commitment to innovation, commerce, infrastructure, and leading-edge exploration,” said Secretary of Transportation Shannon Valentine. “With the strong partnership between HII and the Commonwealth, this investment crosses all sectors of Virginia’s economy and creates a platform for great opportunity and growth.”

HII’s Newport News and Ingalls shipbuilding divisions in Virginia and Mississippi have built more ships in more ship classes than any other U.S. naval shipbuilder for more than a century. HII’s Technical Solutions division supports national security missions around the globe with unmanned systems, nuclear and environmental services, defense and federal solutions, and fleet sustainment. HII is headquartered in Newport News and employs more than 42,000 people operating both domestically and internationally.

“With the establishment of this Unmanned Systems Center of Excellence in Hampton, Huntington Ingalls Industries will have a new home where the company can continue its long, successful history of meeting the needs of customers worldwide,” said City of Hampton Mayor Donnie Tuck. “Today’s announcement brings significant investment and great jobs, and on behalf of our City Council, I want to thank the company for their ongoing commitment to Hampton.”