Hampton police said two men were shot in the 700 block of Homestead Avenue just before midnight. One of the men is expected to be okay, the other man died. 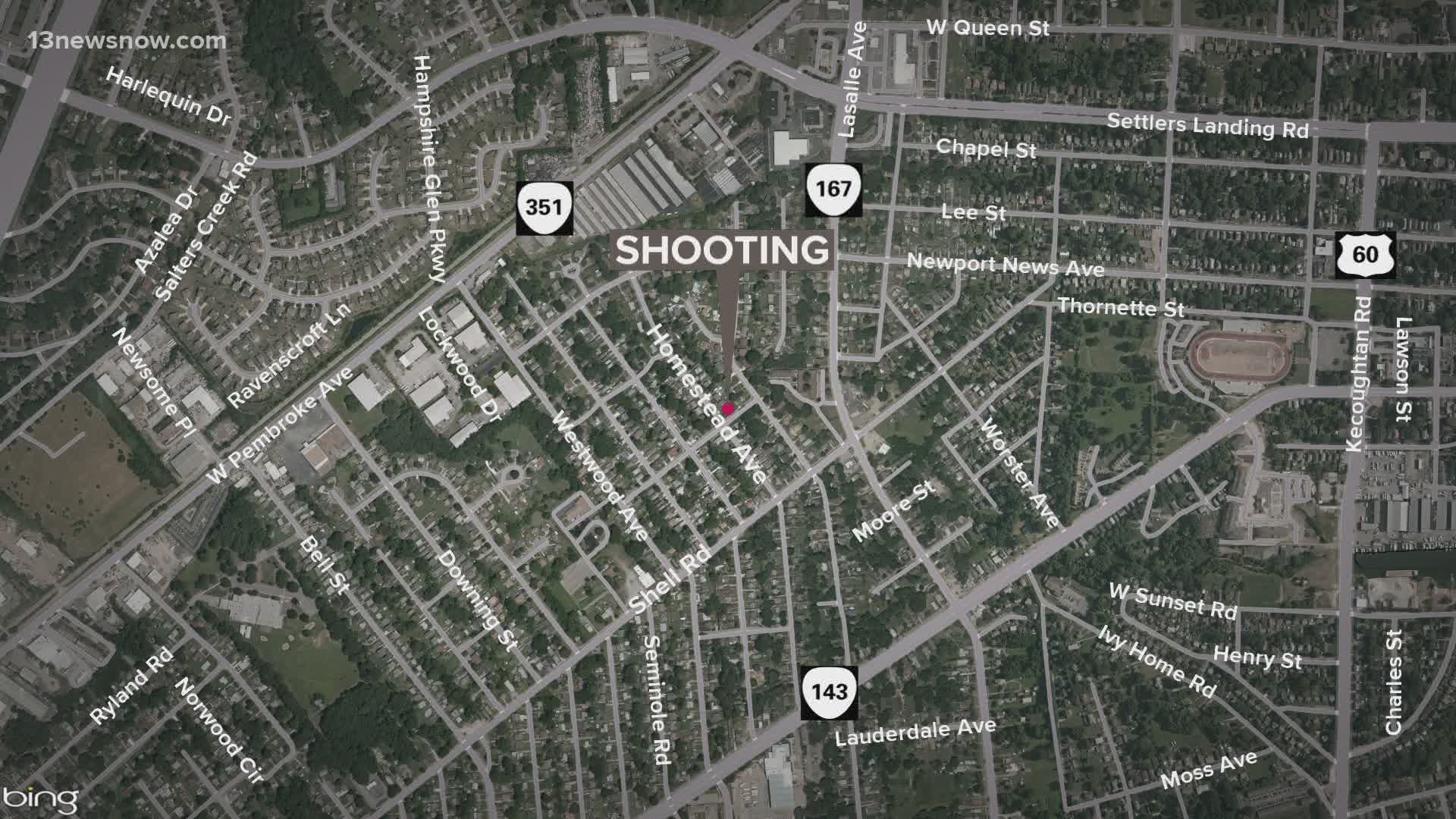 HAMPTON, Va. — Hampton police are investigating a shooting that put one person in the hospital and left another person dead Saturday night.

It was around 11:58 p.m. that officers received a call about a shooting that happened in the 700 block of Homestead Avenue.

When police got to the scene, they found a 41-year-old man who was suffering from a gunshot injury. He did not survive.

Police said another man was shot and taken to the hospital, he was 40-years-old. This man is expected to be okay, his injuries were not life-threatening.

Officers did not release the names of the two men.

Police said they are not looking for any people in connection to the shooting and the incident remains under investigation at this time.