The airport said no one was hurt when the MK 58 Hawker-Hunter went off the runway. 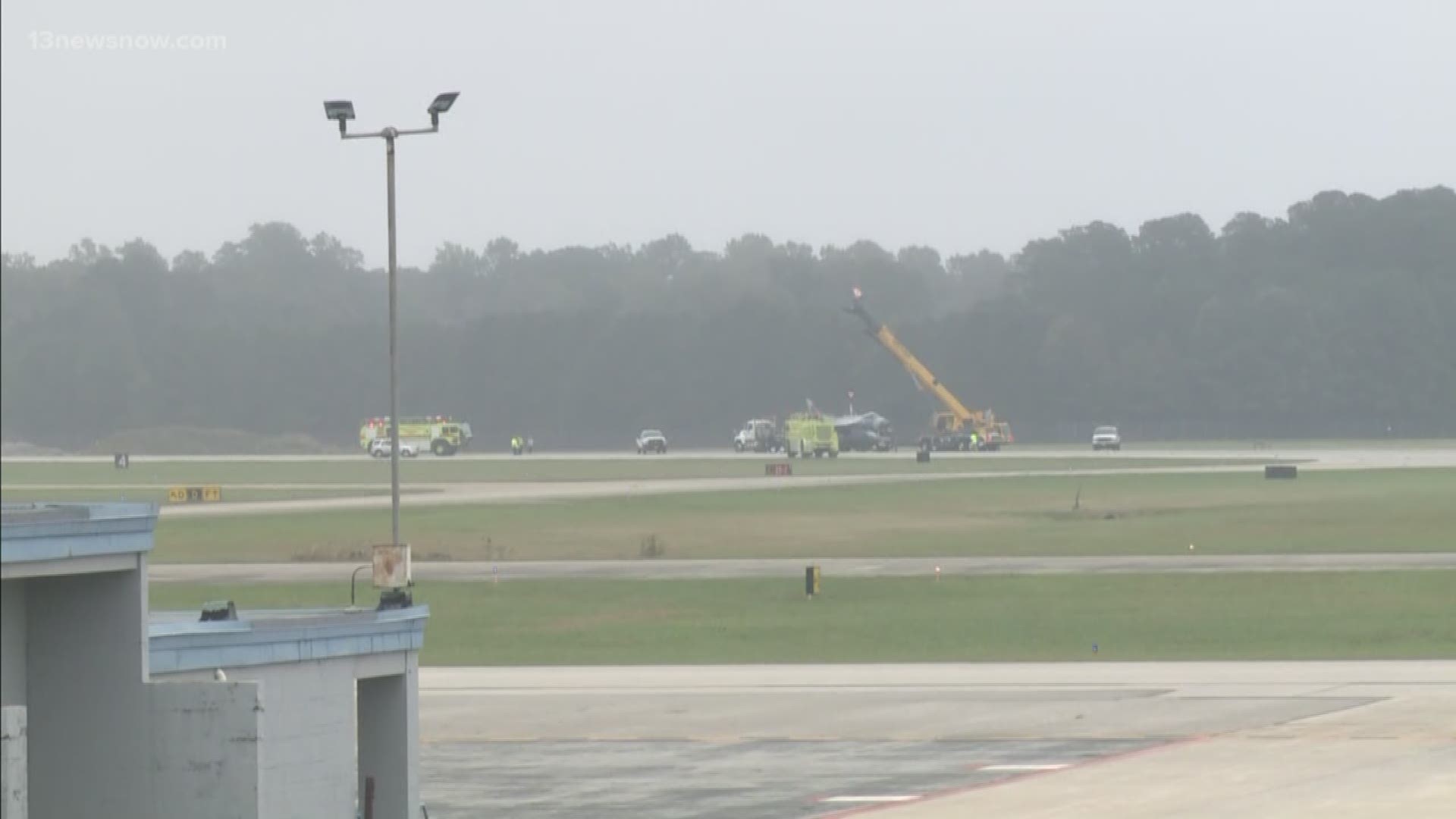 An official with the airport said around 9:35 a.m. the jet was trying to land on runway 7-25. However, it slightly left the runway before coming to a stop just off the runway surface near the end of 7-25.

Kevin Knapp with the airport said the plane is used by the military for training.

The aircraft, an Mk 58 Hawker-Hunter, is operated by Airborne Tactical Advantage Company (ATAC). Both the Air Force and the Navy said it was not involved in a mission for them on Monday.

The Virginia State Police said no injuries were reported. They also said the crash was caused by a minor issue with its landing gear.

The Newport News/Williamsburg International Airport said that runway 2-20 is still open, and the crash will not impact any other flights.

The incident is currently under investigation.

A similar incident involving an ATAC jet took place at the Newport News/Williamsburg International Airport in May of 2019.

The jet went off the runway during an emergency landing at Newport News/Williamsburg International Airport on Thursday, May 9.

An airport official said around 10 a.m. the jet called in with "mechanical issues" and the pilot was forced to land. The aircraft went into a grassy area.

After that incident, the runway was closed temporarily. A couple of flights were canceled due to the closure, the airport official said.

No injuries were reported in the May crash either.