The accident happened around 11:15 a.m., when the plane began to have problems with its nose gear during landing and then slid off runway 7. 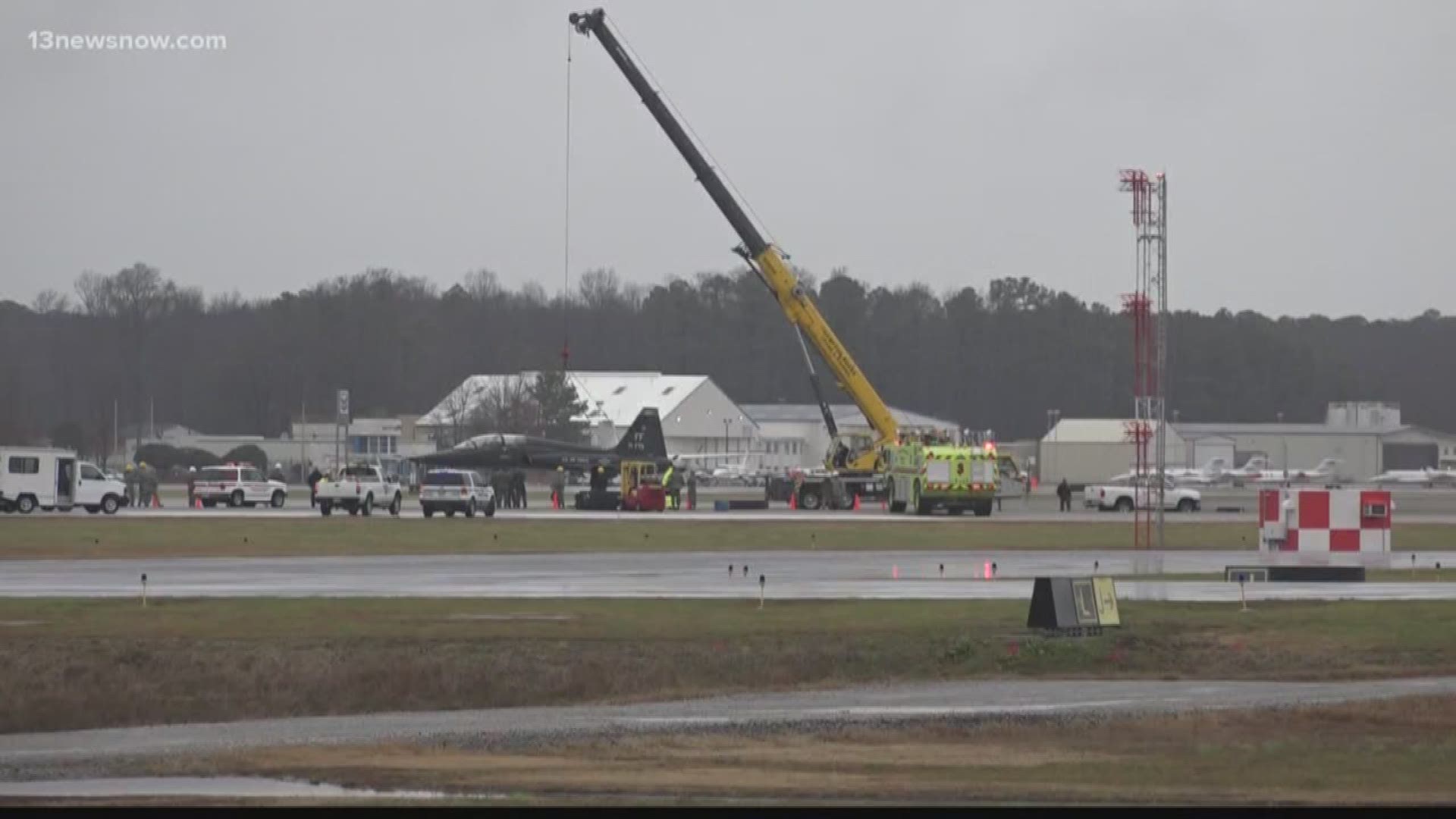 Newport News/Williamsburg International Airport was closed for several hours after a military aircraft slid off the runway during a training exercise Friday, an official said.

The accident happened around 11:15 a.m., when the plane began to have problems with its nose gear during landing and then slid off runway 7, the airport's Director of Marketing and Public Affairs Jessica Wharton said.

The airfield was reopened for normal business around 5 p.m.

Langley Air Force Base uses the airport for training.

Joint Base Langley-Eustis posted on Facebook and said the involved aircraft was a U.S. Air Force T-38 Talon, and it was only occupied by one person.

“Today we are fortunate that our pilots have the training they need to react in emergency situations, such as the incident that occurred today,” said U.S. Air Force Col. Jason Hinds, 1st Fighter Wing commander. “I am thankful that everyone is safe, and thank you to the Newport News Airport for your support and understanding.”

According to officials, the aircraft had to be removed from the scene. No one was injured during the incident.

Some flights may be affected and travelers should check the airport's website or the airline to see the latest delays.