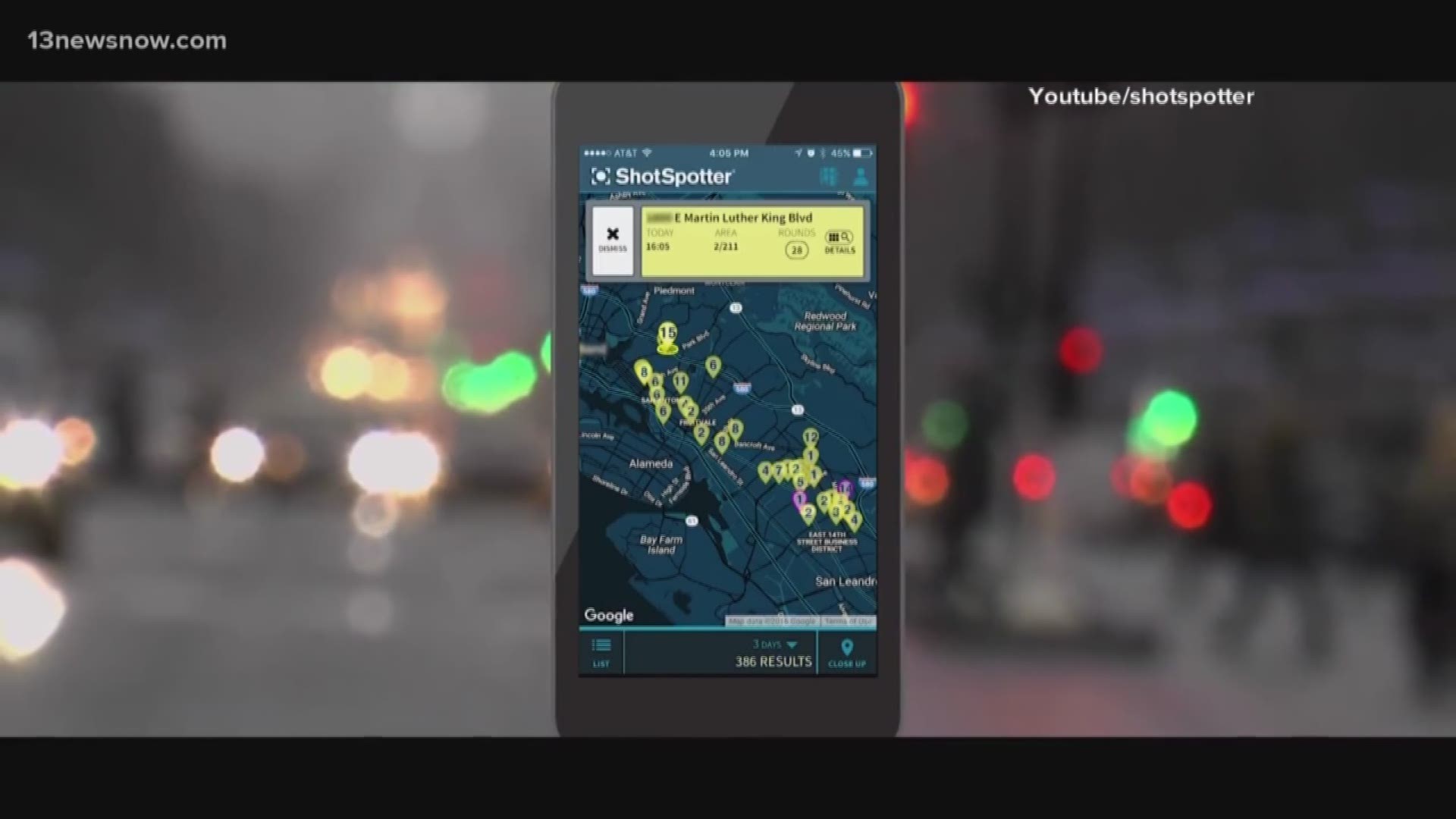 NEWPORT NEWS, Va. — The Newport News Police Department is finding new ways to address crime and violence in the city.

ShotSpotter is technology that helps officers find out exactly where someone is shooting a gun. Right now, sensors are set up in the southeast community. They cover a three-mile area. The sensors pick up the sound of gunfire.

ShotSpotter quickly pinpoints where the gunshots are coming from. It gets officers to the specific area, even if no one calls 911, and it’s immediate. An alert goes straight to the officer’s phone or terminal in their car. It’ll cut out seconds on officers’ response time.

Police Chief Drew said normally, only 30% of people call in shootings when they happen.

He says ShotSpotter will also help with confusion on a location.

“If someone reports a shooting at a location and there’s no evidence there, this gives us a way to start our investigation, that we know this person isn’t being forthcoming," said Chief Drew.

Chief Drew said ShotSpotter has already proved helpful in two shooting cases. He believes the tech will help reduce crime in the city.

The chief said there were 16 murders this time last year. There have been eight so far this year, and police have already cleared four of them.

“We have a long way to go, but we're better today than we were yesterday, and we’re going to be better tomorrow than we are today,” Chief Drew said.

Police tested ShotSpotter Thursday afternoon. The controlled test consisted of a sequence of gunshot sounds followed by validation of quality detection by ShotSpotter. During the test, a bullet trap was used to ensure public safety.

Bullets were not shot in the air and the public wasn’t in any danger.