10 people arrested in connection with woman's shooting in Norfolk

Police say the 10 suspects are members of the Eastside Rollin 20's Bloods Gang. 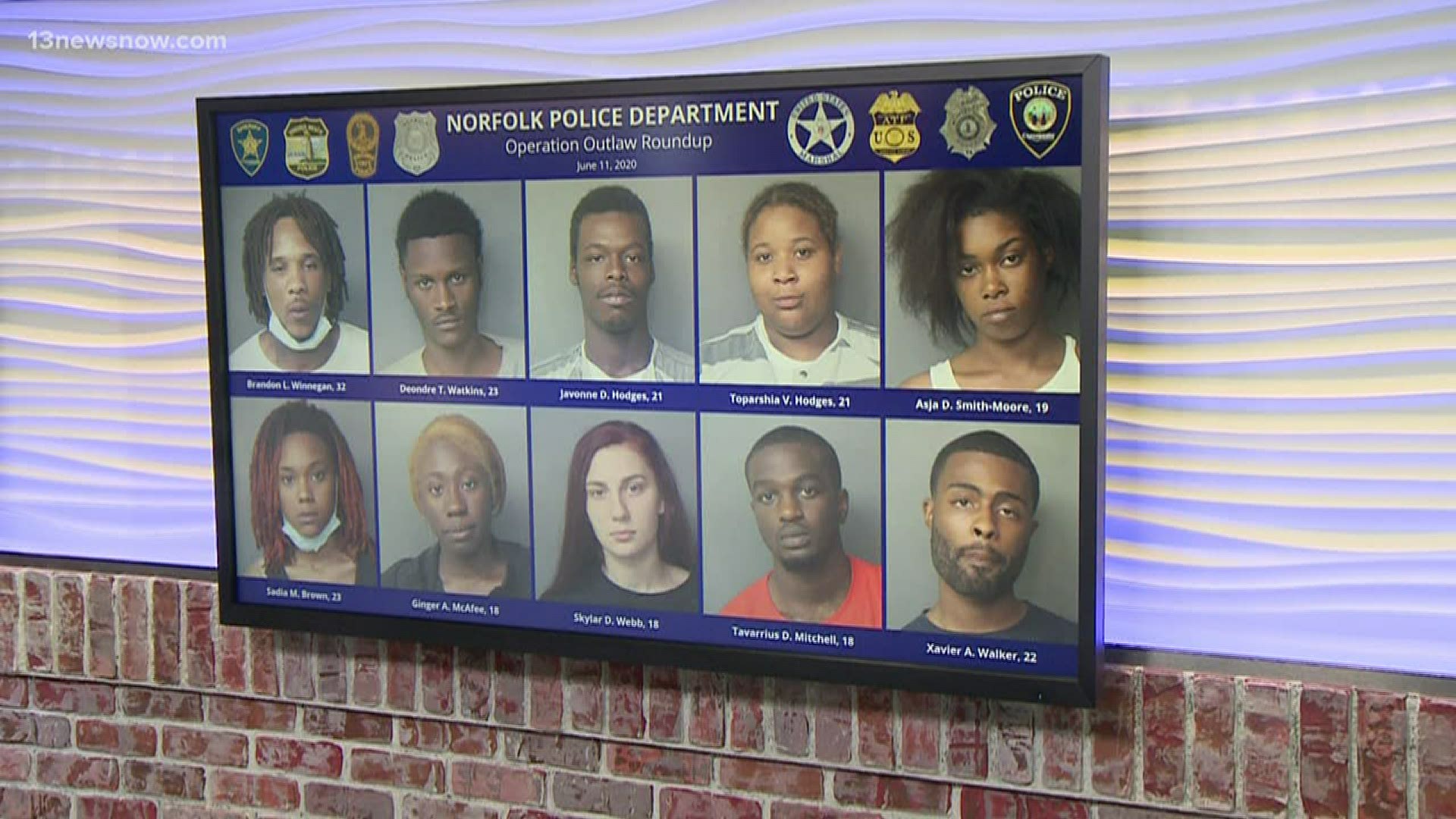 NORFOLK, Va. — Police say 10 people have been arrested in connection with a shooting earlier this year that left a woman seriously injured.

Shortly after noon on April 24, 2020, Norfolk Police were called to the 500 block of Glendale Avenue.  Arriving officers found a woman sitting in a vehicle with a gunshot wound to her head.

The woman was transported to the hospital with life-threatening injuries at the time, and is now expected to survive.

Charges against the suspects include Malicious Wounding, Use of Firearm in Commission of a Felony, Abduction, Mob Assault, Conspiracy to Commit Felony, Grand Larceny, Gang Hazing, Gang Participating, and Gang Recruitment.

Detectives have not released the motive or circumstances surrounding the incident.

The shooting remains under investigation and police say if you have any information about this incident, you're asked to call the Norfolk Crime Line at 1-888-LOCK-U-UP. You can also submit a tip through the P3Tips mobile app.