Boush Street is now down to one lane and there are dozens of wave-shaped markers outlining new parking spots. It’s part of a new city initiative called OpenNorfolk. 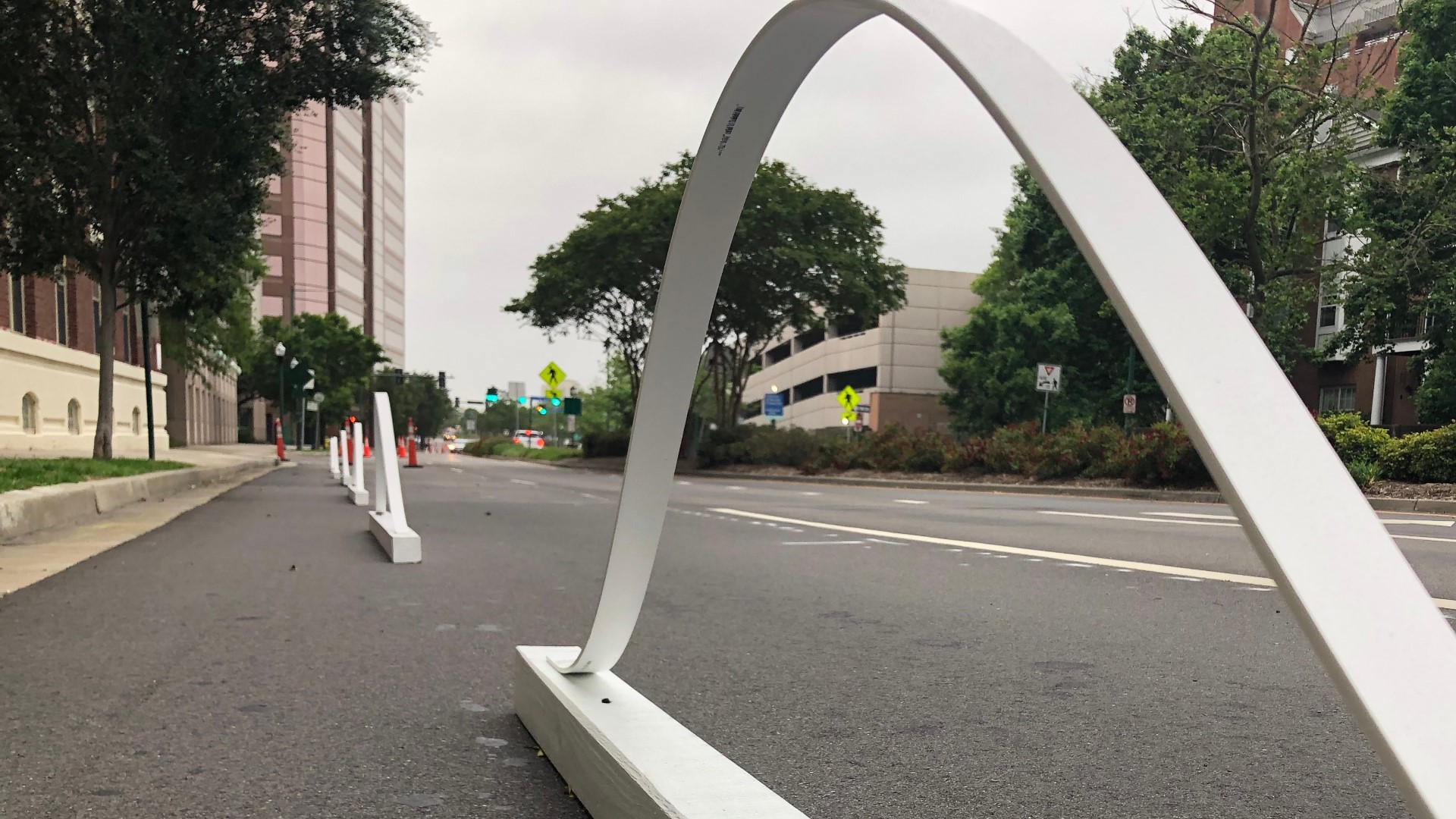 NORFOLK, Va. — If you're driving around Downtown Norfolk, you may notice new traffic patterns.

Boush Street is now down to one lane and there are dozens of wave-shaped markers outlining new parking spots. It’s all a part of the city’s new initiative called OpenNorfolk.

“As we saw the need to move dining into the street, we realized a lot of parking spaces were getting taken up and we had to make up for them somewhere,” said Work Program Architect’s Principal Mel Price.

The free, two-hour street parking is just a slice of the OpenNorfolk program.

The city partnered with the Downtown Norfolk Council, WPA, Yard and Company and Team Better Block. Price said the program’s purpose is to help businesses take advantage of Phase One.

“Do that in a way that is safe, responsible, and healthy,” Price said.

“The program is for the whole city,” Price said. "We’ve been out to Military Highway, we’ve been working on Church Street, 35th Street."

That calls for innovations like the parking spacers and parklets.

“This is kind of an emergency response to get businesses back going,” said Team Better Block Principal Andrew Howard.

“Instead of doing the long engineering process that may happen,” Howard said, “let’s get out there and try some stuff, see what works for Norfolk.”

Over the weekend it helped spots like Grace O’Malley’s Irish Pub on Granby Street soak up the sun.

“We had six tables, all the tables were full the whole time,” said General Manager Robert McGregor Wallace. “It was just really nice to see people.”

“We’ll see how the weather goes,” Wallace said. “If I had my way, I’d put tables out right now. But nobody wants to sit outside right now.”

That isn’t stopping architects from getting more outside spaces up and running.

“We have 90 more wave delineators to build and paint,” Price said. “We are building railings, custom railings. Different designs for the parklets.”

Their fingers are crossed for a sunny Memorial Day Weekend.

“Last weekend, I heard people walking around saying, ‘Oh my gosh this is beautiful, why can’t we do this all the time?’” Price said.

Parking spots will be added to the other side of Boush Street this weekend. There will be 163 new spaces in total.

The OpenNorfolk team also made free window signs for businesses. They are asking for volunteers to distribute them and help with smaller items.

RELATED: COVID fee? Businesses in Hampton Roads are adding to your tab.