Demonstrators gathered on the grass lot across from the U.S. District Courthouse. Many marched there from the Martin Luther King, Jr. Memorial. 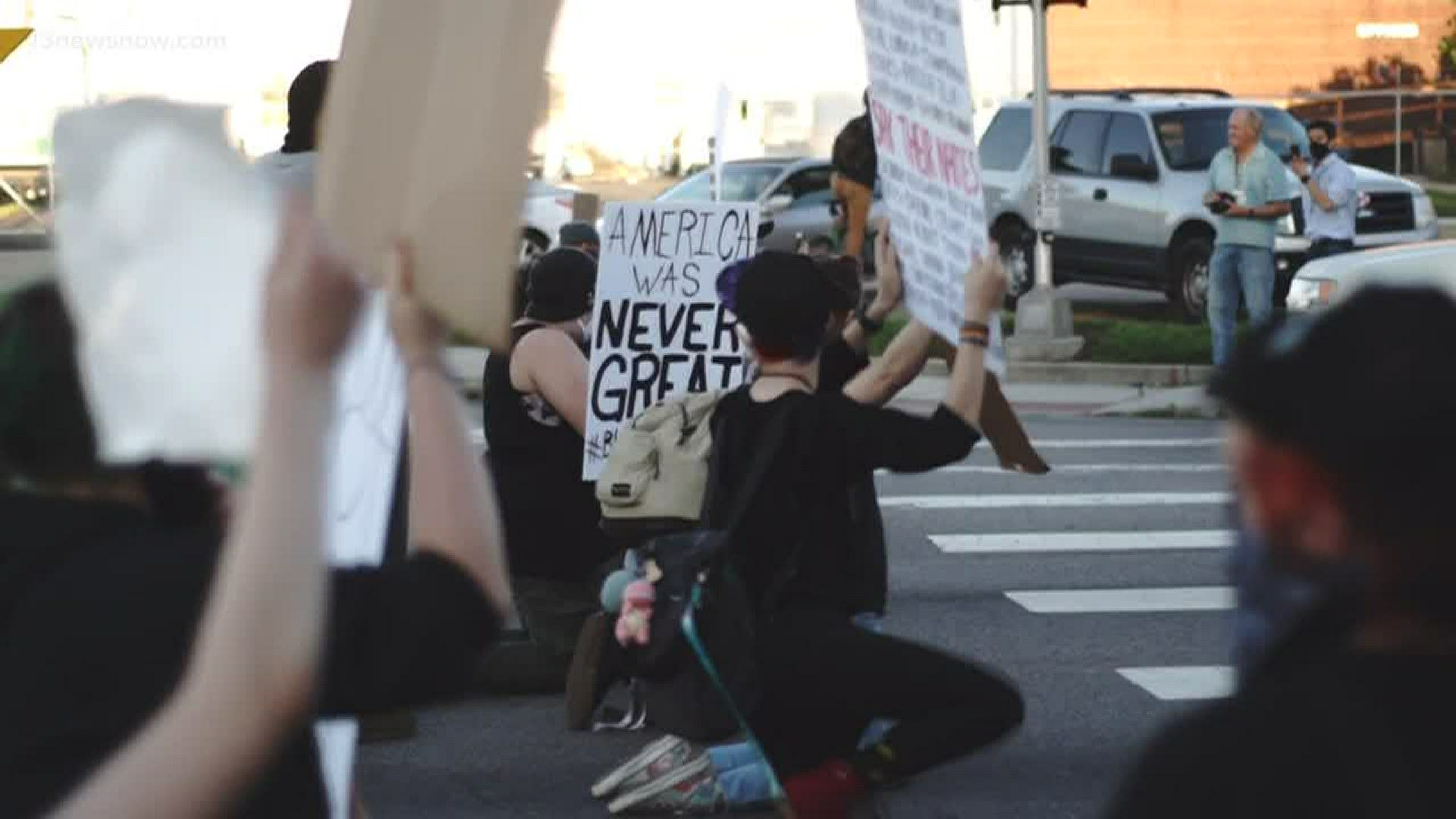 NORFOLK, Va. — A group that gathered at the Martin Luther King, Jr. Memorial in the middle of Church Street and East Brambleton Avenue Sunday afternoon quickly grew from a few dozen to several dozen people.

The crowd, which was there to call for justice after the death of George Floyed in Minneapolis, kept getting bigger before heading to the field across from the federal courthouse on Granby Street.

Once there, people continued to hold signs high in the air. Some of the messages included "Black Lives Matter" with a picture of George Floyd to go along with it and "No Justice, No Peace."

It was the third straight day of protests in Norfolk and in the Hampton Roads area.

Saturday, demonstrators rallied in a couple of locations in Norfolk including the police department's operations center and the Confederate monument.

Friday, Black Lives Matter 757 held a rally in the city as well as one in Hampton.

RELATED: Demonstrators in Norfolk march, rally at locations throughout city

After spending time at the federal courthouse Sunday, protesters began marching again and headed for part of Tidewater Drive.