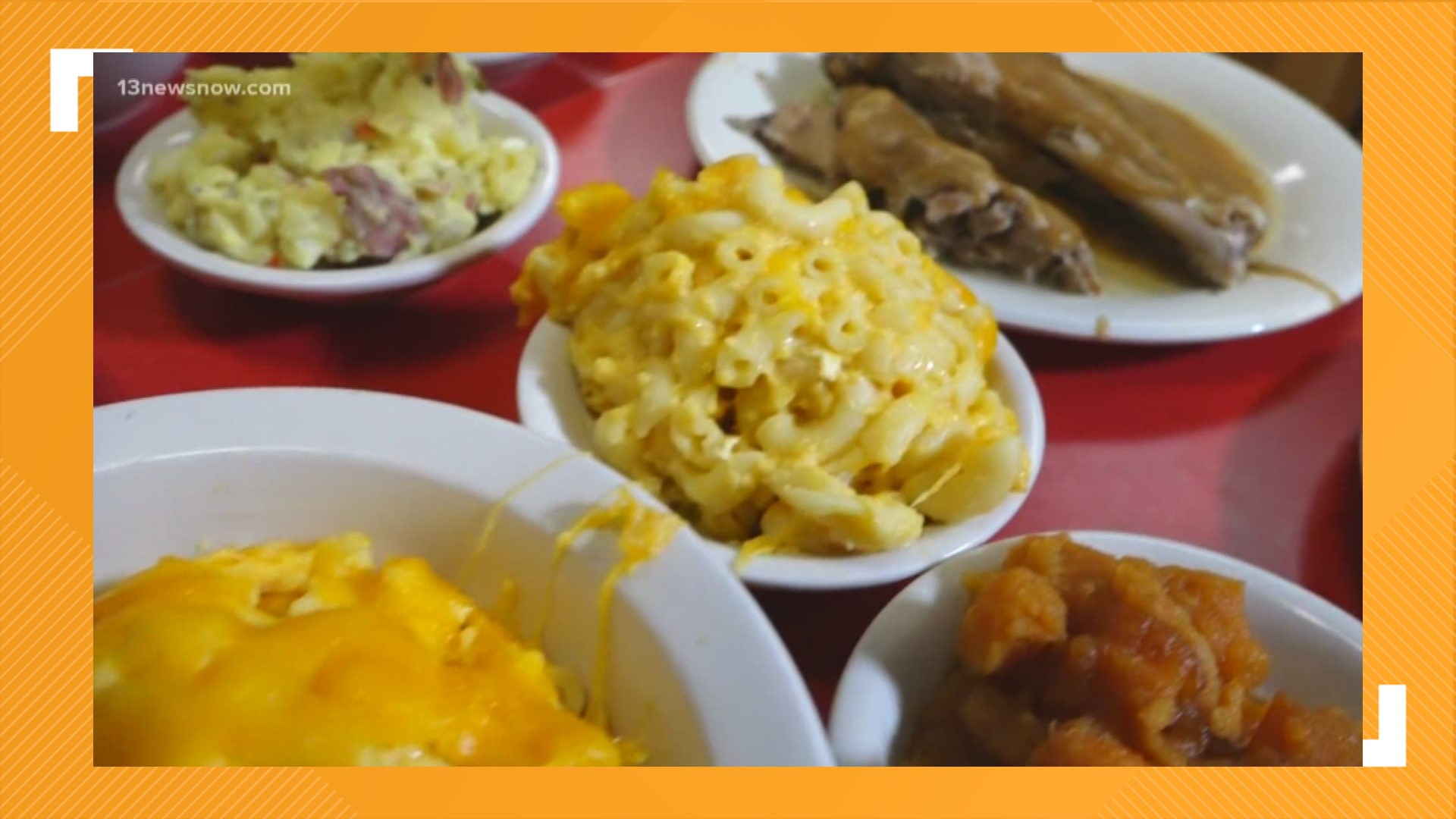 This Saturday, the first-ever Mac & Cheese Festival is making its way to Norfolk.

The festival features more than 20 vendors selling more than 40 different styles. It's considered to be the state of Virginia's largest mac and cheese festival to date!

"Anything that you can think of, it's probably gonna be there."

We stopped by Martin's Soul Food in Newport News to talk to co-owner Cynthia Terry, who will serve up some hot dishes at the festival.

"We get raves and compliments on the macaroni and cheese so much it's like, unbelievable because that's all they talk about," Terry said.

Martin's Soul Food will offer three different versions of its mac and cheese at the festival, one that is served at the restaurant and two that are at-home recipes.

"My grandchildren are mac and cheese fans so when I bring them, they're like, 'oh, mee-maw you've got to taste, this is so good,'" said customer Frances Owens.

The Norfolk Mac & Cheese Festival is at 2 p.m. Saturday at Waterside District. You can get tickets the day of and VIP access gets you in at noon.