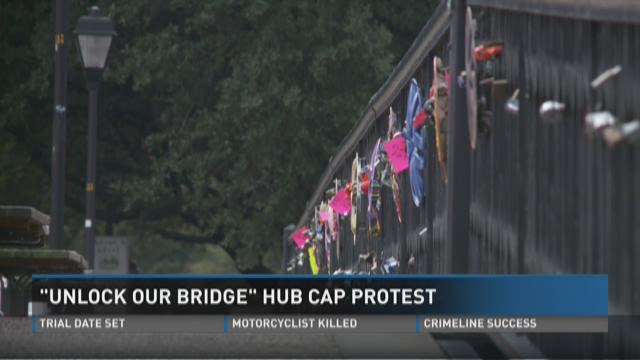 NORFOLK, Va. (WVEC) -- People are protesting the so-called lock bridge in an unusual way by hanging decorated hub caps instead of locks.

For years people have left locks on the footbridge over The Hague as a token of love. Others want the locks removed, and say that the hub caps are new alternative.

George Kello isn't a fan of the locks. A few months ago he put up foam locks to protest the real ones, now he's taking it a step further by putting up the hub caps.

Others are indifferent to the locks, saying that it's a form of expression.