Man dead, others hurt after shooting at Happy Shopper in Norfolk

Norfolk police said someone shot and killed a man at the gas station and convenience store on Campostella Road. A woman and another man were hurt. 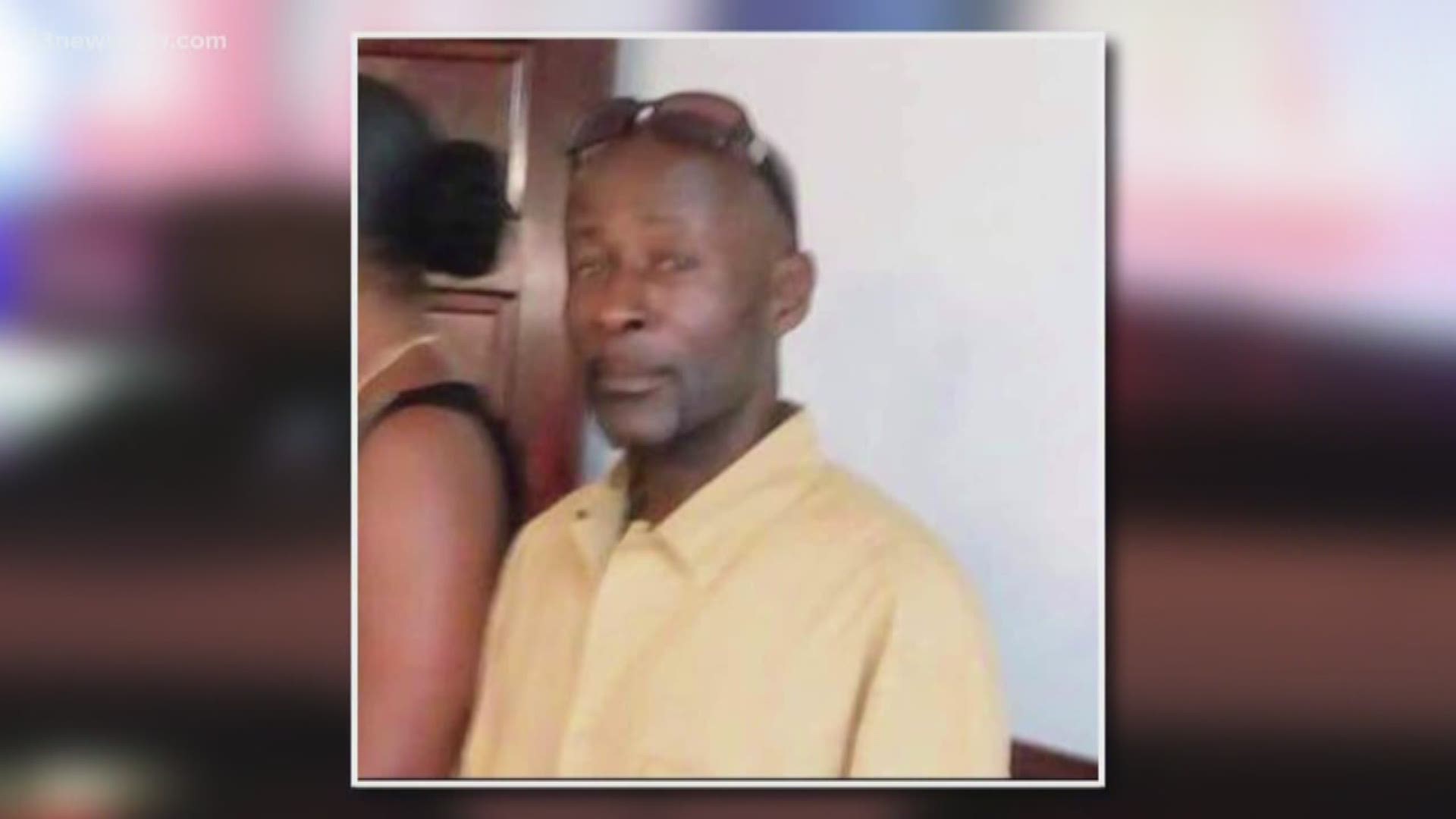 NORFOLK, Va. — Norfolk police said a man died after someone shot him at a Happy Shopper gas station and convenience store Monday night. Two other people were hurt in the shooting.

Emergency dispatchers received a call about somebody with a gunshot wound in the 400 block of Campostella Road at 9:48 p.m.

Officers got there and found a man who'd been shot at the Happy Shopper, located at 415 Campostella Road, where he died.

He was later identified as 54-year-old Rodney Epps, of the 1700 block of Greenleaf Drive.

Epps’s sister, Patricia Epps, said the family stood near the crime scene until two in the morning as they tried to learn what happened.

“Life is too short to keep burying your loved ones,” said Patricia.

“He would do anything for anybody. He would show up for whatever occasion. Rodney was just Rodney: lovable, peaceful, community man,” described Patricia.

That's how the people who walked in and out of the gas station on Tuesday also described him.

Joseph Mullane, a regular customer, said he saw Epps nearly every day. A manager inside of Happy Shopper declined to confirm whether or not Epps was an employee, but customers said Epps would always take out the trash and look for ways to help.

“Seeing him out here every day and always waving or fist bumping me whenever I came in the store,” said Mullane.

When Mullane walked into the store to buy breakfast on Tuesday, he learned Epps was the person killed Monday night.

“Shocked that he was the victim, he never really bothered anyone,” said Mullane. “I feel bad for him, I mean he certainly didn’t deserve that.”

Through the pain, his sister tried to hang onto positive thoughts of her brother. She said he was loved by the community.

Police said a woman and another man were hurt in the shooting. The woman turned down medical treatment on the scene, and she is expected to be okay.

The 20-year-old man arrived at the Bon Secours DePaul Medical Center suffering from a non-life threatening gunshot wound. Police said he was shot at the scene and was taken to the hospital by an acquaintance before first responders arrived. He is expected to recover.

A 13News Now reporter was at the Happy Shopper after the shooting. At one point, there were 62 evidence markers in the area.