Doug Smith was appointed as the President and CEO of the Hampton Roads Economic Development Alliance. 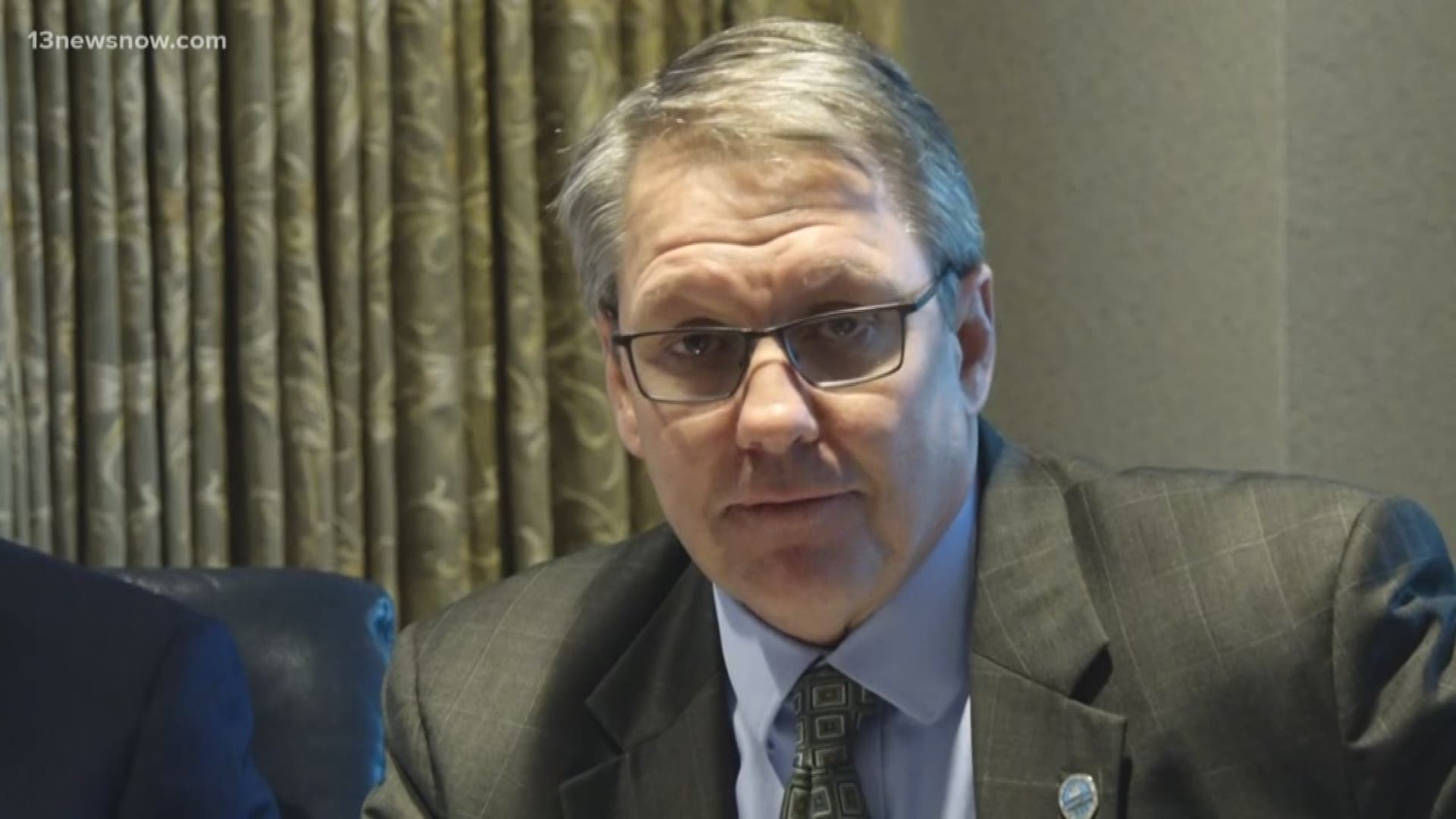 NORFOLK, Va. — The City Manager of Norfolk Doug Smith is stepping down from his role and is becoming the President and CEO of the Hampton Roads Economic Development Alliance.

“There is simply no one more qualified for the job than Doug, who has an impeccable record of accomplishment and integrity in our community, in both the public and private sectors,” said Alliance Chair, Brian Skinner. “He knows and loves economic development. He knows how to bring together people and organizations to work towards a common goal, and he loves our region.”

Smith said his priority right now is to understand the organization and investors.

"But more importantly, really launch the business retention initiative in a meaningful way and continue the momentum with the business traction side of the house," said Smith.

Smith added this is an opportunity to help the entire region in addition to the City of Norfolk.

The Norfolk Mayor released the following statement about Smith stepping down:

For nearly three years, Doug Smith has provided the City of Norfolk with steady leadership, administrative vision, and a willingness to make tough decisions.  He bravely assumed the most important role in the administration of local government in the wake of the departure of the previous city manager, Marcus Jones, and his time here has been greatly appreciated.

We will always be grateful for Mr. Smith’s service.  His prior work in local government as a councilman in Portsmouth and a deputy city manager in Virginia Beach remains a testament to his commitment to public service and the growth and success of Hampton Roads.  As a partner with HREDA, we are certain that we will be working directly with him to strengthen, diversify and grow our regional economy while creating high paying jobs.

Members of Norfolk’s City Council wish Doug the best in his latest endeavor.

Alexander also said he recommended Smith for the new position, citing his skill set and experience is needed.

Both Smith and Alexander said leadership in Norfolk is stable and his departure won't have a negative impact.

Smith's private sector experience includes serving as president & CEO of Kaufman & Canoles Consulting, where he counseled national and local developers, municipalities, higher education institutions, and corporations. Smith began his career in 1985 as a banker at First Union Corporation where he was promoted to Vice President.

Smith is a graduate of Norfolk Academy and earned a BA in History from the University of Virginia.

The Alliance’s Interim President & CEO, Steve Herbert, said the following about his successor, “I have known and worked with Doug for the past twenty years and consider him a friend. He has a history of success in the Hampton Roads region and I have full confidence that he will continue to build and reposition the Alliance as a leading regional economic development organization.”