Latoya Smith and Smith's boyfriend Demont Harris made their first appearance in court on Monday morning. Smith's daughter -- who had autism and cerebral palsy -- was found dead at their home on Friday. 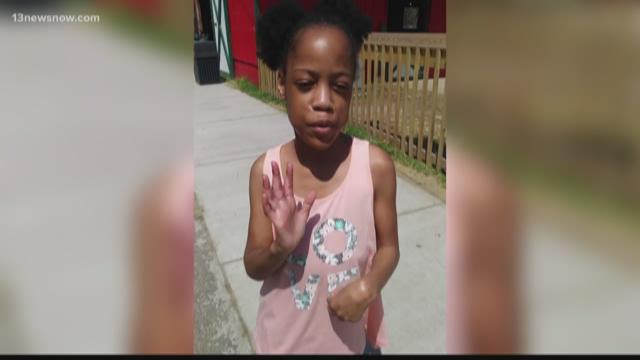 NORFOLK, Va., (WVEC) -- A mother and her boyfriend faced a judge Monday morning, following the death of the woman's 11-year-old daughter.

Norfolk police say that just after 8 a.m. last Friday, they got a call for an unresponsive child. When officers got to the home on Balview Avenue they found an 11-year-old girl with serious injuries. She was pronounced dead at the scene.

On Saturday Police took Harris and Smith into custody and charged them in connection with the child’s death.

After an investigation, police charged Latoya M. Smith, 33, and her boyfriend, Demont J. Harris, 43, with second-degree murder in the death of an 11-year-old.

According to Facebook posts by Smith, the 11-year-old girl’s name was Heaven. The mother's Facebook page was active on Friday, with pictures of Heaven and notes saying "Missing my daughter now RIP."

Courtney Branch kept Heaven's two sisters with her as paramedics arrived, and said Smith was inconsolable.

“Consoling you -- crying on my shoulders -- you know giving all of us giving you that support. You know watching your own daughter get carried out,” said Branch.

Siumei Callender said Smith and her boyfriend Demont Harris drank and cried with them hours after police and paramedics left.

"They said that she died of natural causes, so I'm at a loss of words right now that they're saying that the parents did it. We watched the coroners bringing her daughter outside and she was breaking down crying and like it was that was fake, like that's something you see in movies,” said Callender. 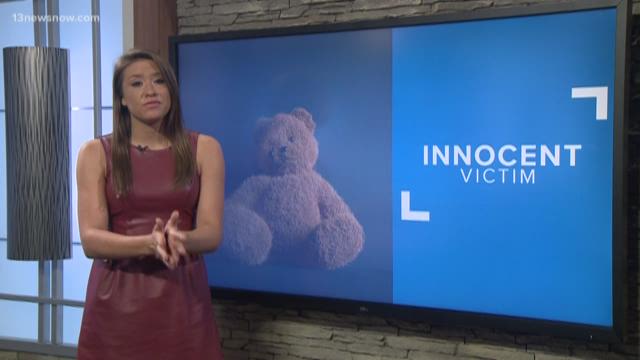 Branch said the 11-year-old had cerebral palsy and autism.

"She was a little bit more challenged and had cerebral palsy and autism so yeah, that really hurts deep, and when you have a child like that, you know what I'm saying, it could get tough like that. But it shouldn't be tough that you can do something like that,” said Branch.

Branch said they will always remember Heaven and care about her.

"You know no matter what, baby, we still love you, you know what I'm saying? We're still here for you, even though your parents did that to you. Baby, you still got love,” said Branch.

According to prosecutors, in February, Heaven spent six days in in the hospital and needed a skin graft after her hand was burned. At that time, the incident was investigated. The Norfolk Commonwealth’s Attorney’s Office said the allegation of child abuse was deemed unfounded in February; however, the investigation of Heaven’s death in May prompted authorities to re-investigate the February issue. That’s when they decided to bring charges against Smith and Harris for the burn incident, along with the murder charges. About three months passed between the burn injury and Heaven’s death.

Court documents show Heaven Watkins had a brain hemorrhage and hydrocephalus as a baby. The documents state she tried to tell teachers her father Whakeem Watkins hit her and staff noticed she had a swollen lip.

Holly Dean of CASA in Virginia Beach said these are warning signs.

"A lot of times those kids sometimes have behavioral problems, and or in the communities, they may be acting out, or having emotional outbursts,” said Dean.

Court documents there show Smith's ex, Whakeem Watkins, kept drugs and weapons in their Minnesota house, and he sold drugs from the home.

In 2015, social services removed Heaven from her mother's custody. Court documents show Smith experienced significant stress from authorities taking her children. They required the mother to see a therapist to deal with her own past trauma.

"More often then not, the kids who are being abused, their parents have been abused in the past. Often they're victims of child abuse and neglect themselves. And so, if that's not caught when the parents are younger, then that perpetuates itself onto the next generation of kids,” said Roberts.

Smith and Harris are currently being held in the City of Norfolk Jail without bond. A preliminary hearing is set for July 30.

Anyone with information about this incident can call the Norfolk Crime Line at 1-888-LOCK-U-UP.