Rosean Lindsey wrote and illustrated his own series of comic books tackling issues from physical violence, to gossip, to cyberbullying. 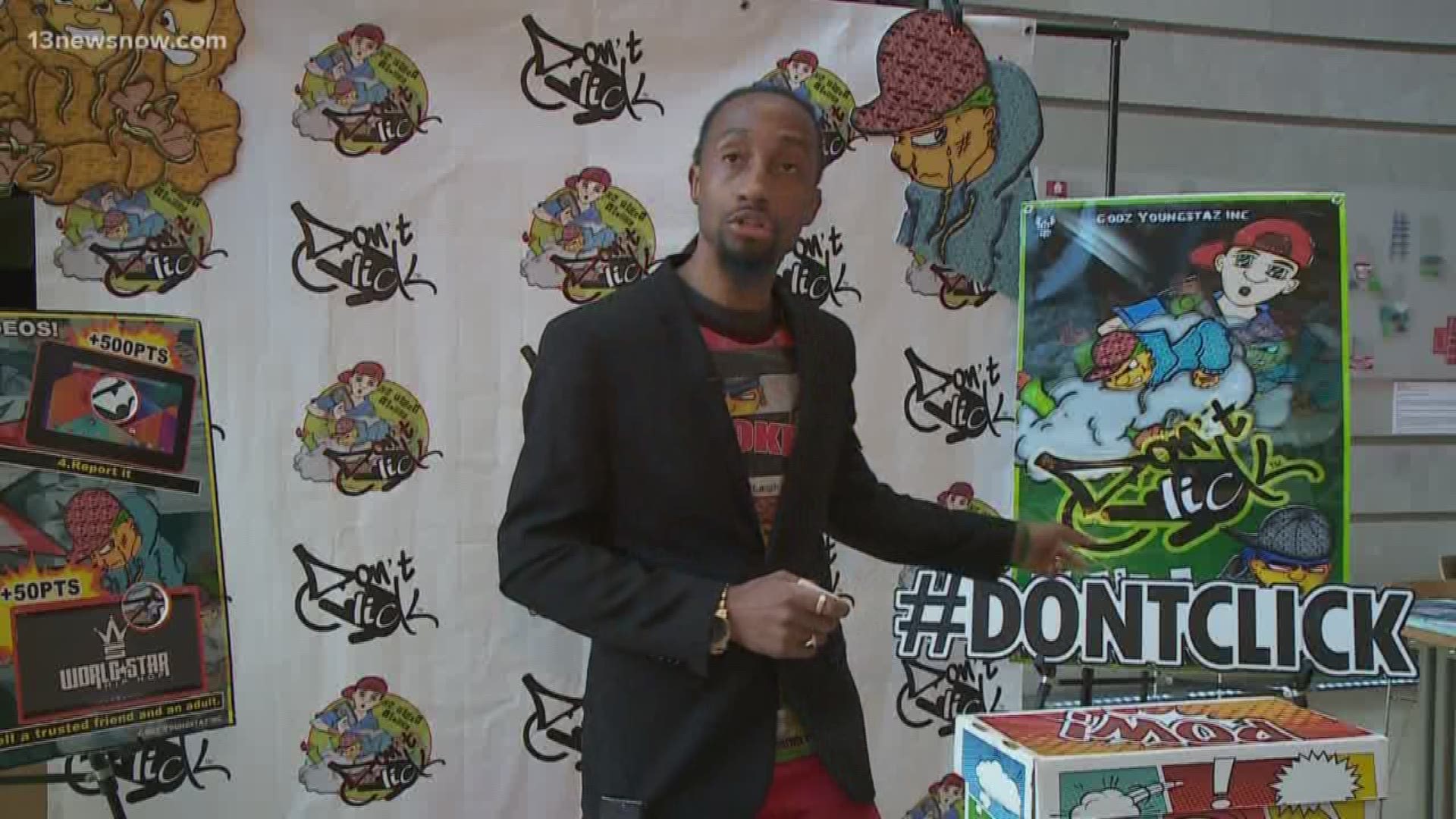 He’s been working with kids for more than 10 years as a youth minister, and he’s heard his fair share of stories that left a lasting impression on him.

“A lot of kids that I worked with have been bullied, picked on, taunted,” Lindsey said.

“I got inspired by that to create stories—down-to-earth stories—to encourage them on what to do if they’re being bullied. And the ones who are bullying, to let them know the effect that it’s causing on others.”

He wrote and illustrated his own series of comic books for kids. He’s got three original stories so far tackling a range of issues from physical violence, to name-calling to gossip and rumors, and cyberbullying.

“This comic book here is called ‘Don’t Click’ and it’s actually, out of all three of them, a true story," Lindsey said showing off one of his books.

"It was of a kid that I worked with and mentored for years. He actually got beat up after school and all of the kids, instead of... [getting] help, they actually pulled out phones. Because they all pulled out phones, it went viral. The comments were so negative and disturbing that he actually tried to commit suicide.”

Lindsey said that boy is a grown man now and doing much better but his story leaves behind a strong lesson for others, that Lindsey wrote into his comic series.

Bullying can have lasting psychological effects and lead to hopelessness and isolation. Lindsey says it can discourage kids from accomplishing their dreams.

He hopes his comics can help tackle the problem.

“I just want to encourage kids to be kind, to encourage one another, build them up rather than tear the people around you," Lindsey said.

For more information on Lindsey or to buy his books, check out his official website.

RELATED: INSIDE ACCESS: The world of cosplay in Hampton Roads

RELATED: Boy, 10, donates thousands of comic books to military base