At least four people are hospitalized after escaping from a burning Norfolk apartment fire on Wednesday morning. 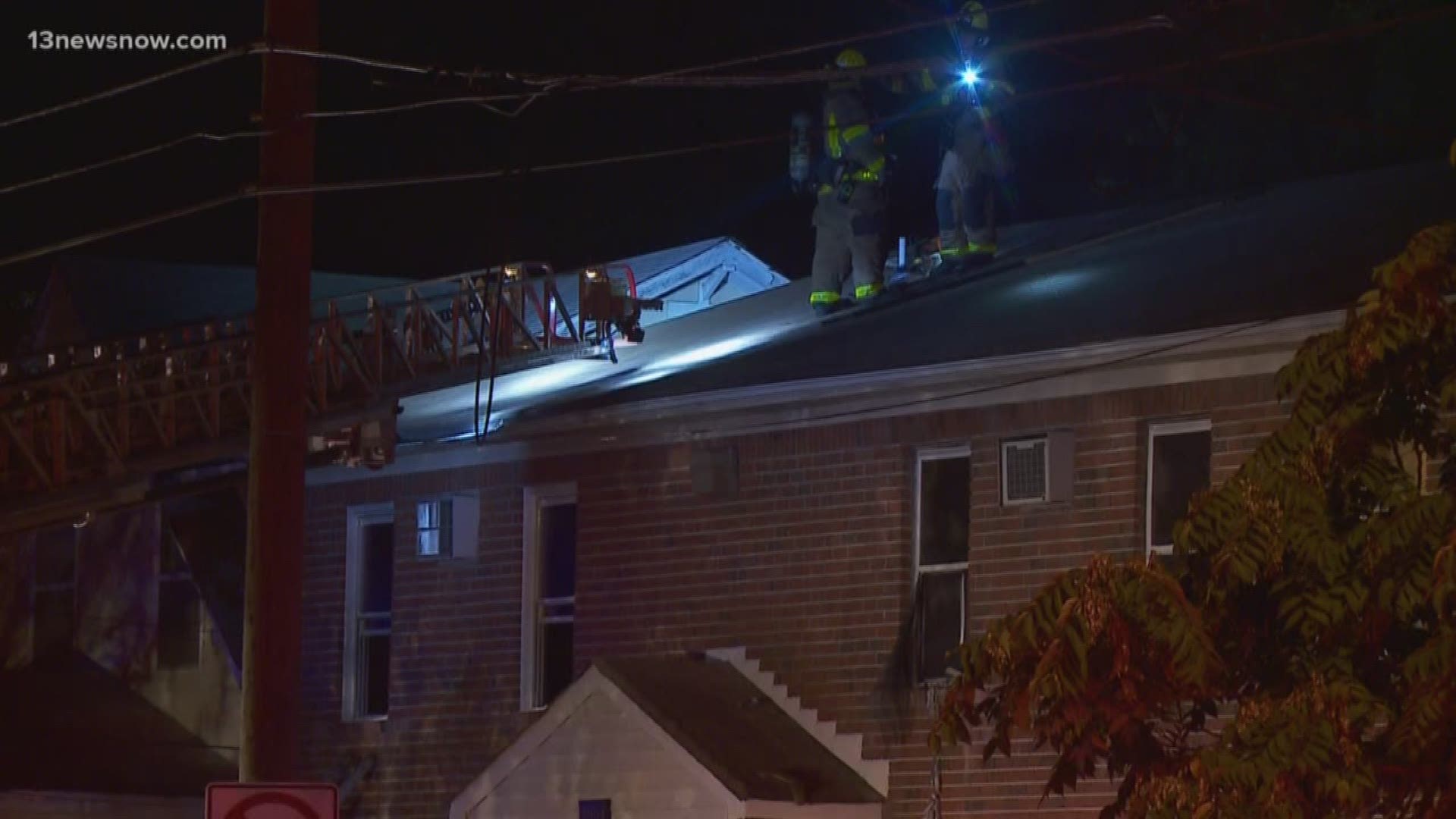 At least four people are hospitalized for smoke inhalation after escaping a burning Norfolk apartment fire on Wednesday morning.

Firefighters arrived at the apartment fire at 37th Street and Killam Avenue shortly before 4 a.m.

The fire department confirms heavy flames were coming from the second floor where two people were rescued from windows. Crews got the fire out within minutes.

Still, neighbors estimate that three to seven people jumped from the window before firefighters could get there.

Haley Drury said she was the first to call the fire department when she heard two loud explosions.

“It started as a tiny little thing, to all of the way up to the attic," said Drury. “I was like, 'Somebody needs to get here right now, because it’s spreading quick.'”

She added, “And then they [the fire department] started going down the wrong direction and some of the neighbors were outside and they were trying to wave them to come down here.”

One resident, Rodney Freeman said, "I woke up to smoke. I couldn't see. I felt my way to the kitchen and jumped out of my kitchen window."

"My significant other he was trapped in the room," Freeman said. "The fire marshal people had to go up to get him."

Through it all, he said all that was on his mind was “getting out. Just getting out.”

Four people were transported to the hospital for treatment.

Tenant Sandra Sampson said some people couldn’t get down the stairs because they were completely on fire.

“One [man] was... didn't have any clothes on they had to wrap him up because he was too scared to come out of the building."

Investigators are looking into the cause. Norfolk Fire-Rescue said some occupants had reported a "strong chemical odor."

The Red Cross is assisting those displaced, including six adults and two children.

“I don’t understand. Now I don’t have anywhere to live," said Freeman.