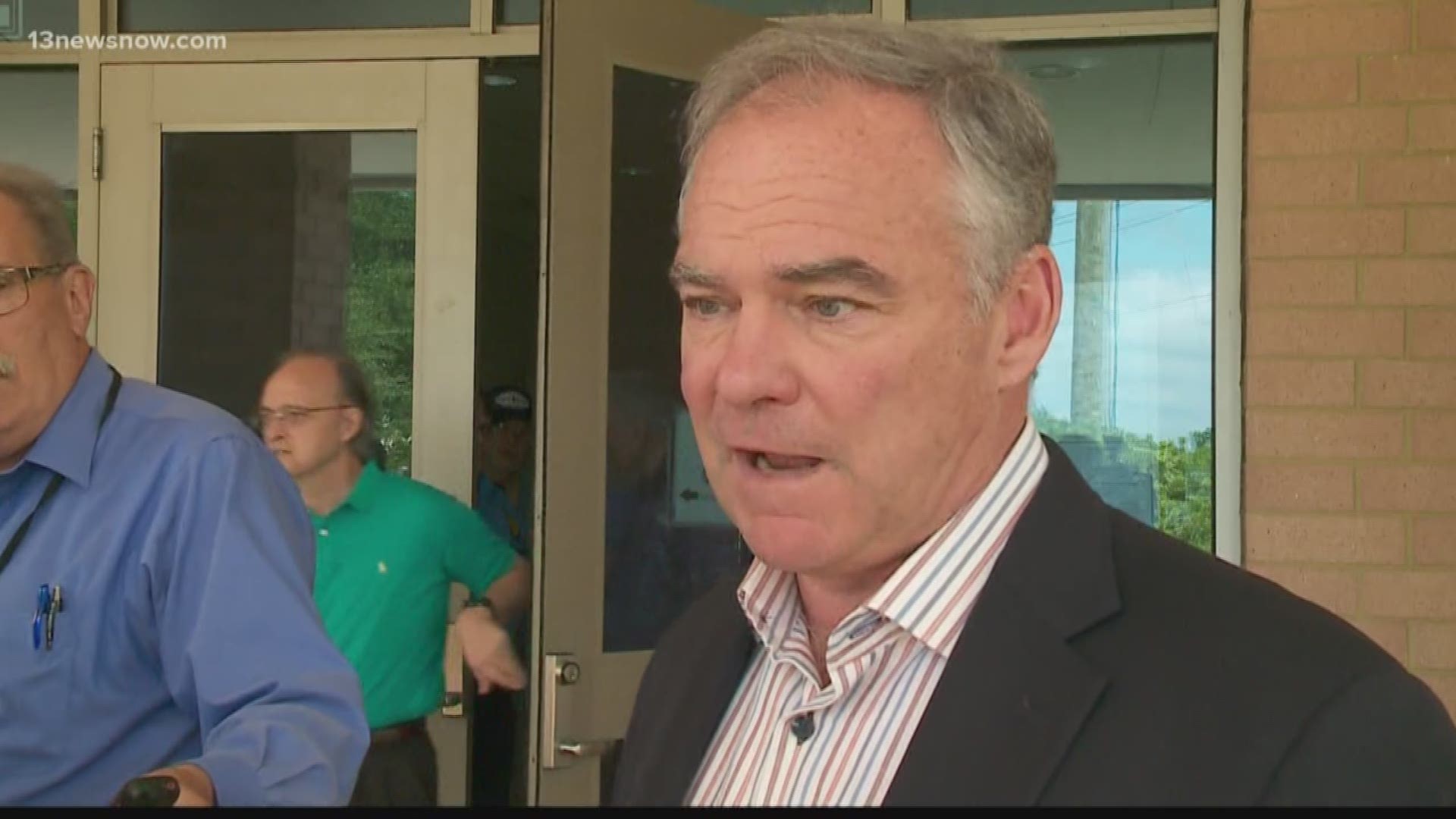 Kaine, a member of the Senate Armed Services and Foreign Relations committees, said the Trump administration isn’t taking the threat of election hacking seriously given allegations of Russian hacking in the 2016 presidential elections.

“Because the current president won't admit that it happened, that doesn't give people a lot of confidence that they will take the steps to protect us,” said Sen. Kaine.

During the panel, Kaine said the solution includes funding so states can protect elections while also pressuring the administration to be more diligent.

Voter Joni Klemencic said she attended the panel because she wanted to see how national leaders are addressing the greatest threats to national security.

"My particular interest is our elections, and I really have some concern about November, we’re less than 100 days away," said Klemencic, referencing the upcoming November midterm elections.

2nd Congressional Democratic candidate Elaine Luria said the use of paper ballots is one way Virginia is fighting cyber attacks within the election system. However, she said there's still more work to be done.

“There really is a gap in cyber security professionals, people being able to properly address these type of issues at the national, state and local,” said Luria.

Another threat to national security is China, given its — at times — adversarial relationship with the United States and its economic power, according to panelists.

“We have to check Chinese bad behaviors like the theft of intellectual property,” said Kaine. “But if we really want to be competitive with China, a lot more is about what we do with ourselves, how do we educate our workforce? How do we reward innovation?”

Kaine said the United States must prioritize “the people” because they are the ones who come up with innovative ideas to better protect the country and ward off threats.