The 1899 time capsule was rediscovered while crews were taking down the Johnny Reb Confederate War Monument earlier this month. 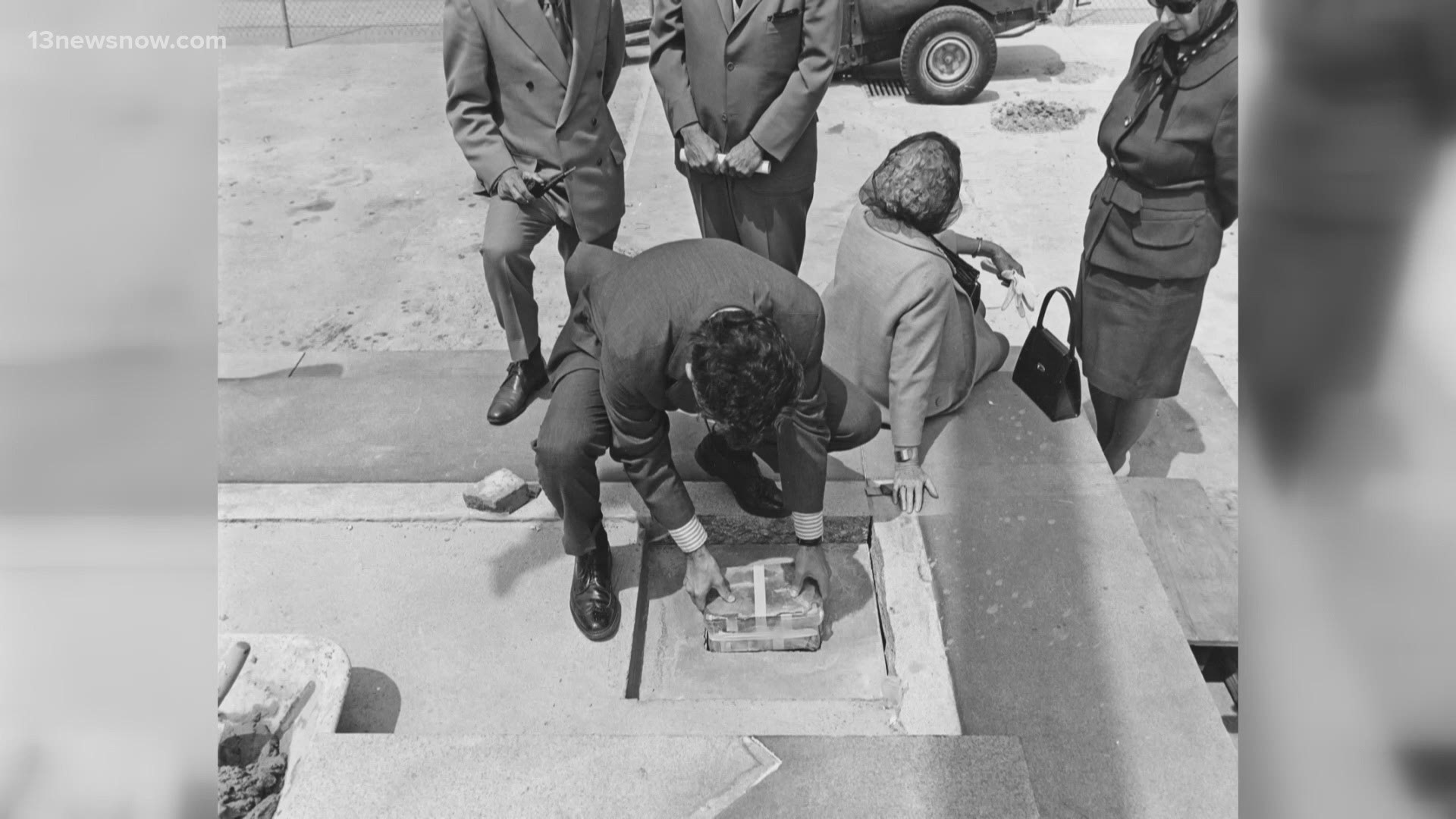 NORFOLK, Va. — A metal box containing artifacts from 1899 will be removed from where Downtown Norfolk's Confederate monument once stood.

The time capsule was rediscovered when crews were taking down the Johnny Reb Confederate War Monument earlier this month.

According to records from the Sargeant Memorial Collection, the metal box contains several items, including a list of Confederate dead buried in Norfolk, a morning newspaper from February 19, 1899, and a Pickett-Buchanan Camp badge.

Special Collections Librarian for the City of Norfolk Troy Valos shared what a special moment the unveiling was for him and his fellow historians.

"Definitely interesting from a historian's standpoint, being able to research and see photographs and then to be able to touch the original, is a pretty amazing experience," Valos said.

Peggy McPhillips, the Norfolk City Historian, said it was extra sentimental because she officially retires on Wednesday and to get to uncover this artifact on her last day of work is the best gift.

"These are the things that people thought were important to preserve with the idea that at some point someone would come and open it. To me, it really humanizes the people that did all of this," McPhillips said.

The time capsule will be removed from the site on Tuesday morning. It will kept in the Sargeant Memorial Collection vault until a final decision is made about where the monument should go.

Below you can see a newspaper article, dated February 23, 1899, about the monument's cornerstone. This document is courtesy of the Sargeant Memorial Collection at Norfolk Public Library: