Two adults were taken to Sentara Norfolk General Hospital. One adult died at the hospital. One child was taken to CHKD in stable condition. 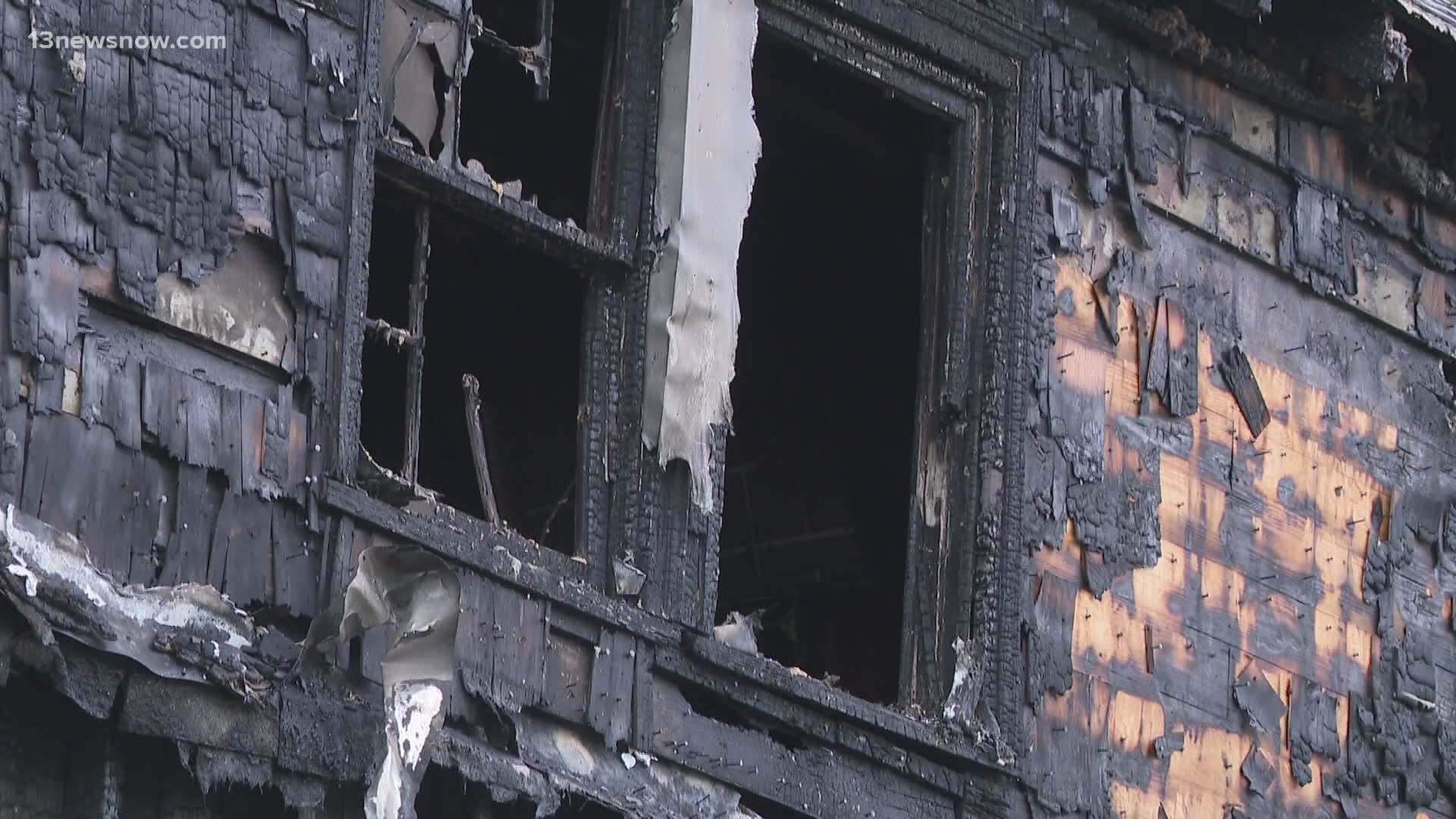 One child was rescued by a neighbor before the fire department arrived. In total, 13 people were displaced by the fire, officials said.

According to Portsmouth Dispatch, a call came in for a two-story house fire in the 1100 block of Victory Boulevard around 10:13 p.m.

First responders who arrived immediately upgraded the fire, which had spread to both floors. Fire and EMS personnel were able to get the three people out of the burning building.

Neighbor, Ashilei Vass recalls hearing commotion when she approached her house late that night, which is just three doors down from the house that was on fire.

"As soon as I got out of the car, you could hear people screaming, help, help, there are people in the house, please help," Vass said.

Joza Jon-Francis, who lives two doors down, recalls talking to one of the residents Thursday morning.

"I just spoke with the guy that lived there and he said he and his son had to jump out the window to get out," Jon-Francis recalled.

"That's the closest I've ever been to a fire and it startled me. Some of the people from over there came over to my porch and I gave them some water,” next-door neighbor Rose Vandyke said.

One child was taken to Children's Hospital of The King's Daughters in serious but stable condition.

The three dogs were pronounced dead at the scene.

The American Red Cross is assisting 13 people that were displaced.

The fire was brought under control just after 11 p.m., but crews continued to put out hot spots.

Crews from Suffolk, Chesapeake, and Navy Region Mid-Atlantic assisted the Portsmouth firefighters during the incident.

The cause of the fire is currently under investigation by the Portsmouth’s Fire Marshal's Office.