The same man is suspected of robbing Old Skool Games on Portsmouth Boulevard and two 7-Elevens. Now police are asking for your help to identify him. 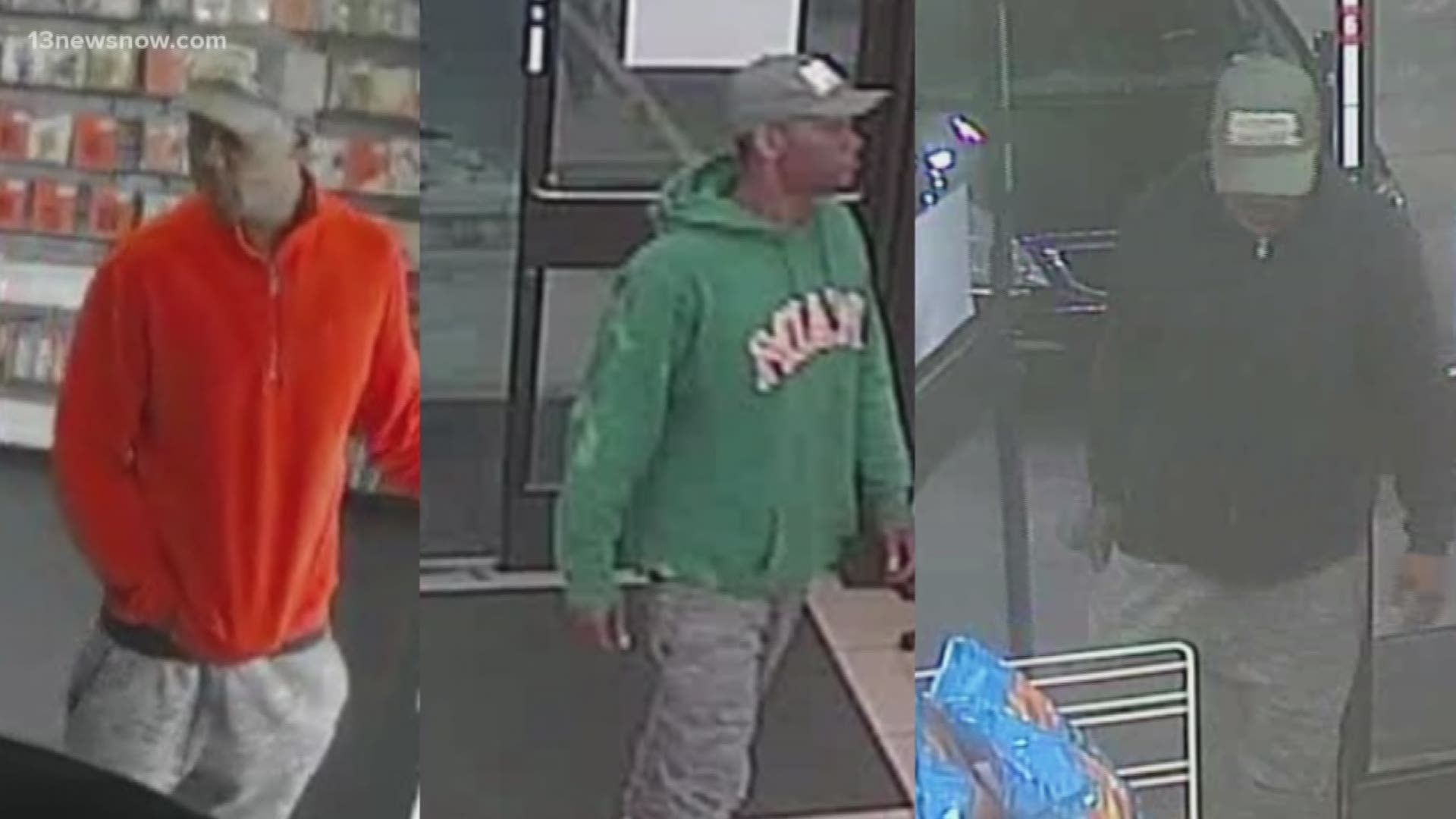 PORTSMOUTH, Va. — Police need the public's help identifying a man suspected of going on a robbery spree in Portsmouth.

Surveillance footage from three businesses appears to show the same suspect behind the robberies.

Investigators say a man entered the store, indicated he had a gun, and then demanded money. The employee complied with the suspect's demands and the suspect fled the scene on foot.

The suspect was about 6' to 6'3" tall with a slim build and described as being in his 30s. He was seen wearing a red jacket, gray sweatpants, a gray baseball cap, white socks, and black Nike slides.

Then shortly before midnight that night, a man entered the 7-Eleven located at 4001 Greenwood Drive, indicated he had a gun, and demanded money. His clothing appears identical to the suspect who robbed Old Skool Games, except he now wore a green "Miami" hoodie.

Finally, the third robbery happened shortly before 3:30 a.m. Thursday at the 7-Eleven located at 600 Frederick Boulevard. As before, he indicated he had a gun and demanded money from the store employee. This time he had on a blue and black hooded sweater.

No one was hurt in any of the robberies.

If you recognize the suspect, police ask that you call the Crime Line at 1-888-LOCK-U-UP.