Laughter is medicine: A new way that first responders are battling pain in Portsmouth

Every ambulance in the city of Portsmouth is now equipped with Nitrous Oxide, which is also known as laughing gas. 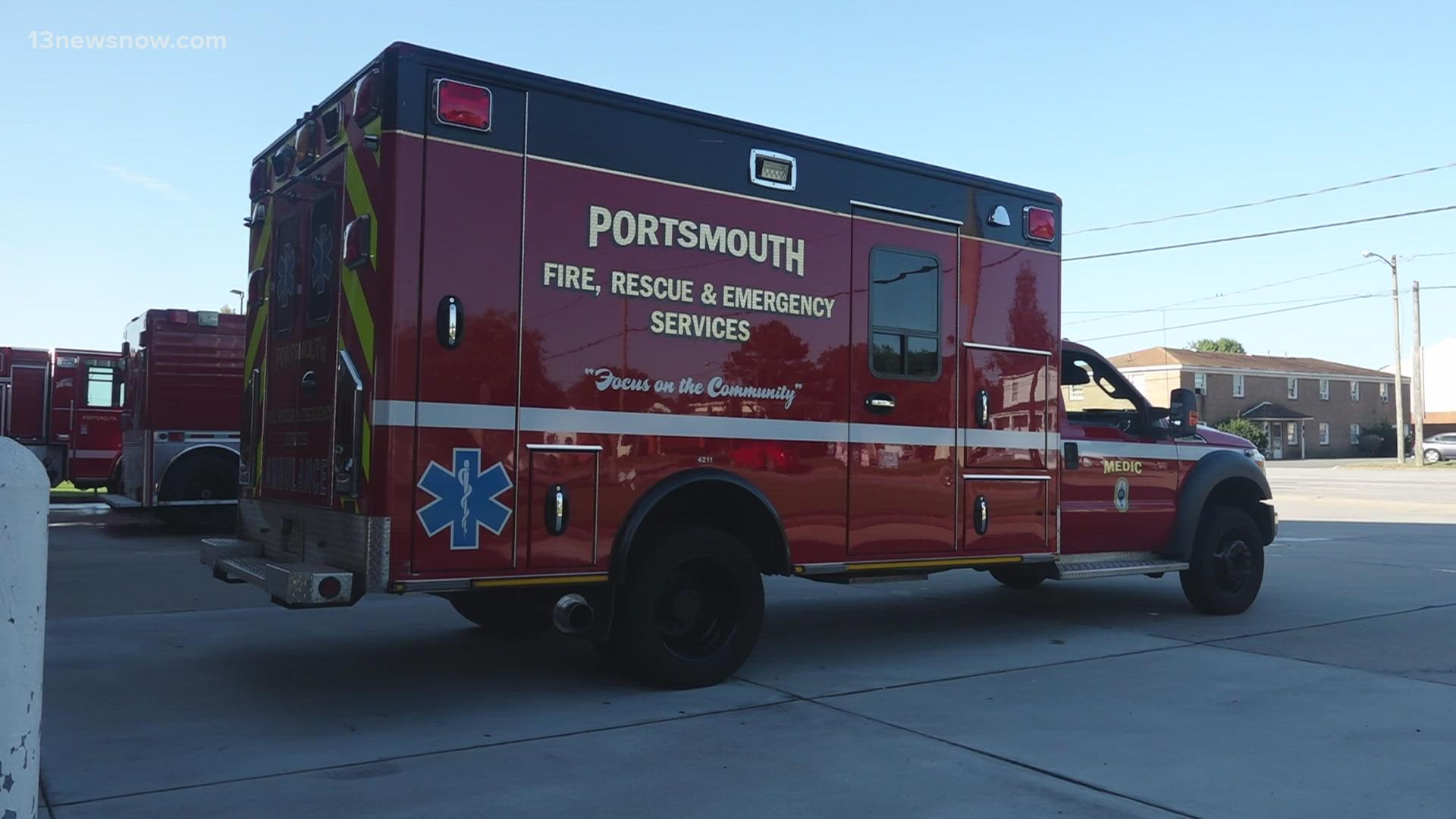 PORTSMOUTH, Va. — Opioid addiction is no laughing matter. When it comes to fighting pain, laughter might be the best medicine.

Portsmouth first responders have found a way to avoid giving painkillers to patients by offering an alternative.

Nitrous Oxide is now available in the back of every ambulance in Portsmouth. EMS supervisor Tom Sasso said Nitrous Oxide is used to treat pain without using addictive narcotics.

“Nitrous Oxide is what most people are familiar with in the dentist office as laughing gas,” Sasso said.

“So, everyone is a little different but sometimes their first use of narcotics is their gateway into addiction. By having an option that’s non-narcotic we can avoid that initial addiction as well in addition to supporting those in recovery,” he continued.

Portsmouth Fire and Rescue is the first in Hampton Roads to offer laughing gas on ambulances. The pilot program has shown good results in managing pain.

“It could be something along the lines of a fractured leg, it could be kidney stones, there’s a number of different situations we can use it in,” said Interim EMS Manager Amy Ward.

Ward said first responders started using the non-narcotic pain medication at the end of June, and so far, it's a success. She said about a dozen people have been treated with Nitrous Oxide.

“We used it about a dozen times, and of course with anything it works better for some patients than others,” Ward said.

For now, first responders said the Nitrous Oxide is just another tool in the medicine box. They plan to evaluate its effectiveness over time to see if it stays on the trucks.

“So far all of the patients who have had this have given positive results saying that their pain has been reduced, if not totally gone away,” Sasso said.

Portsmouth Fire and Rescue leaders said first responders in Chesterfield are the only other department in Virginia offering Nitrous Oxide for patients.