Clean-up efforts in one neighborhood have been ongoing since Sunday morning. 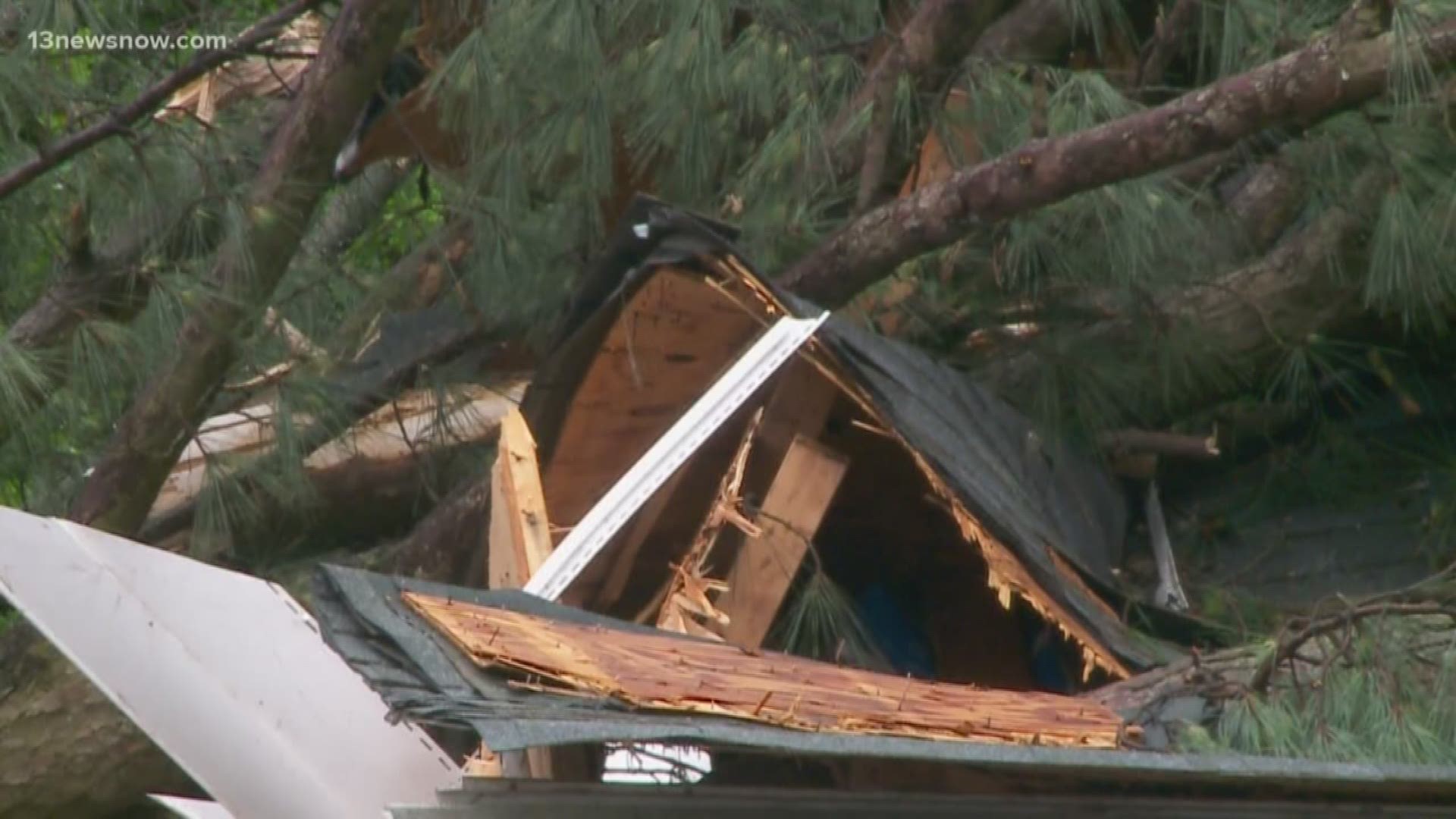 SUFFOLK, Va. — A Suffolk man and his family are forced to find another place to live after Saturday's severe weather destroyed the roof of their home.

Josh West's home is unlivable after pine trees came crashing down through the ceiling.

“Heartbreaking because we have a three-week-old and a one-year-and-a-half-old and this is where we started our family with them," West said. "Just the memories that have gone through our heads in the past couple of days, it’s just hard to swallow.”

West has lived in the home for years. Before that, his grandparents owned the home.

He said his family wasn't home when it happened, so, thankfully, no one was injured.

“We know everything happens for a reason so maybe this is just a way of telling us it’s time to start a new chapter,” West said.

His neighbors, the Servidio's, narrowly missed the falling trees but the strong winds still did a lot of damage.

“I left it was fine. I came home and parts of my roof were missing. I have trees down everywhere," Wendi Servidio said. "It’s just devastating.”

Her husband, Brian Servidio added, “We got to replace the roof on the house and the garage. We had a chimney break on the back of the house. It’s laying on the roof. Water damage inside the garage and the house. Just a lot. The fence is down in the back. It’s complete destruction. Everyone is pretty devastated by it.”

The National Weather Service confirmed an EF1 tornado touched down with winds between 85 and 90 miles per hour.

Much of the damaged is centered around Wilroy Road, off East Constance Road.

Clean-up efforts in that neighborhood have been ongoing since Sunday morning.

Tree removal teams are using cranes, bulldozers, and forklifts to lift the massive tree branches off homes and out of yards.

“It’s a Mother’s Day they’ll never forget. I can promise you that,” Goodnoh said.