The woman driver was treated at the scene for her injuries. No one else was in the vehicle. 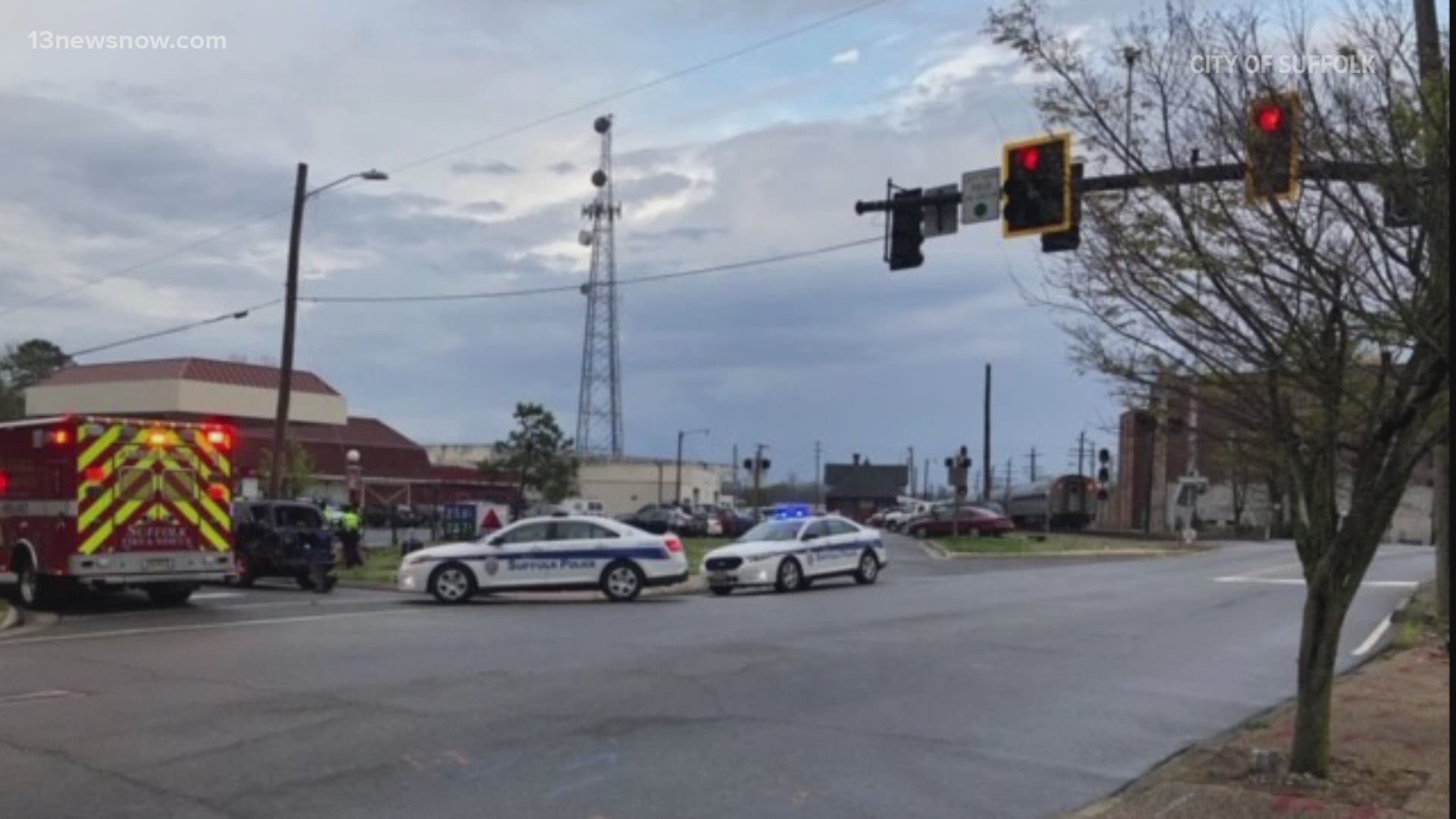 SUFFOLK, Va. — A railroad crossing in Suffolk was shut down Wednesday evening following an accident between an Amtrak train and a passenger vehicle, police said.

The accident happened shortly before 6:30 p.m. in the 100 block of Pinner Street and East Washington Street in Downtown Suffolk.

An adult woman was the lone occupant of the vehicle and was treated at the scene. She was not taken to the hospital and no other injuries are reported.

The train wasn't derailed by the accident, and officials hope to have the crossing reopen shortly.

Police say the cause of the accident is currently under investigation.