Immigration reform has become a hot-button issue dividing the country. Politicians, lawyers, and activists give their opinions, but it's not often we hear personal stories related to the topic.

An immigrant, who came to the United States illegally, changed the life of a father in Virginia Beach on March 30, 2007.

“I remember all of it,” Ray Tranchant said. “I'll remember it for the rest of my life.”

Tranchant's 16-year-old daughter, Tessa, and her friend, 17-year-old Allison Kunhardt were two kids having fun on a Friday night.

The girls just had watched a movie. They ran out to pick up a pack of gum at the WaWa down the street. Ali was driving. She stopped at a red light on Virginia Beach Boulevard. The girls sat there, waiting for the light to turn green.

Alfredo Ramos also was on Virginia Beach Boulevard that night. Police said Ramos, who was in the country illegally, was drunk behind the wheel. He smashed his car into the back of Ali's car. She and Allison died.

“I got a call from a police officer that said, 'We need you to come to the hospital,’” he recalled. “‘Your daughter's been involved in an accident.' I said 'Okay, I'll be there in five minutes.' I lived near there. Then, Tessa's mom called and was screaming and said, 'Tessa's dead!'”

“It was that movie, like you're in a movie, 'cause everything is so surreal,” Tranchant described. “Someone met me there and escorted me back to where they were laying on a gurney with a blanket over them. I was in total disbelief that she is sitting there, dead.”

Tranchant told told 13News Now, “Alfredo Ramos was intensely inebriated” He added, “He had a .3-something alcohol-blood level.”

Tranchant said he learned the true meaning of tragedy when Ramos went on trial for the deaths of Tessa and Ali, deaths he believes were preventable.

Court records showed Alfredo Ramos was convicted of public drunkenness in Virginia Beach and driving under the influence in Chesapeake in the months before the wreck, but that didn’t prevent him from getting behind the wheel that night in 2007. It also didn't allow authorities to deport him to his home country of Mexico at the time. Tranchant said not once was Immigration and Customs Enforcement (ICE) contacted.

When asked if he thinks the girls would be alive if contact with ICE had been made, and if more had been done to keep Ramos from driving, Tranchant responded, “I believe they would.” He noted, “I'm not God, and I don't know what happens in the big scheme of things, but at that moment, I know they'd be alive.”

Tranchant has been working with the Trump administration on immigration reform. He's become an activist, even testifying before Congress.

“I'm not against immigration,” he stated. “I'm just for legal immigration and that's what I stand for.”

Every day he sees stories on the news of families ripped apart when ICE deports someone. Every day his memory goes back to the little girl he never got to see grow up.

Ramos pleaded guilty to the crimes and has served 10 years of a 24-year sentence at the Greensville Correctional Center.

We requested an interview with him, and he agreed to one. 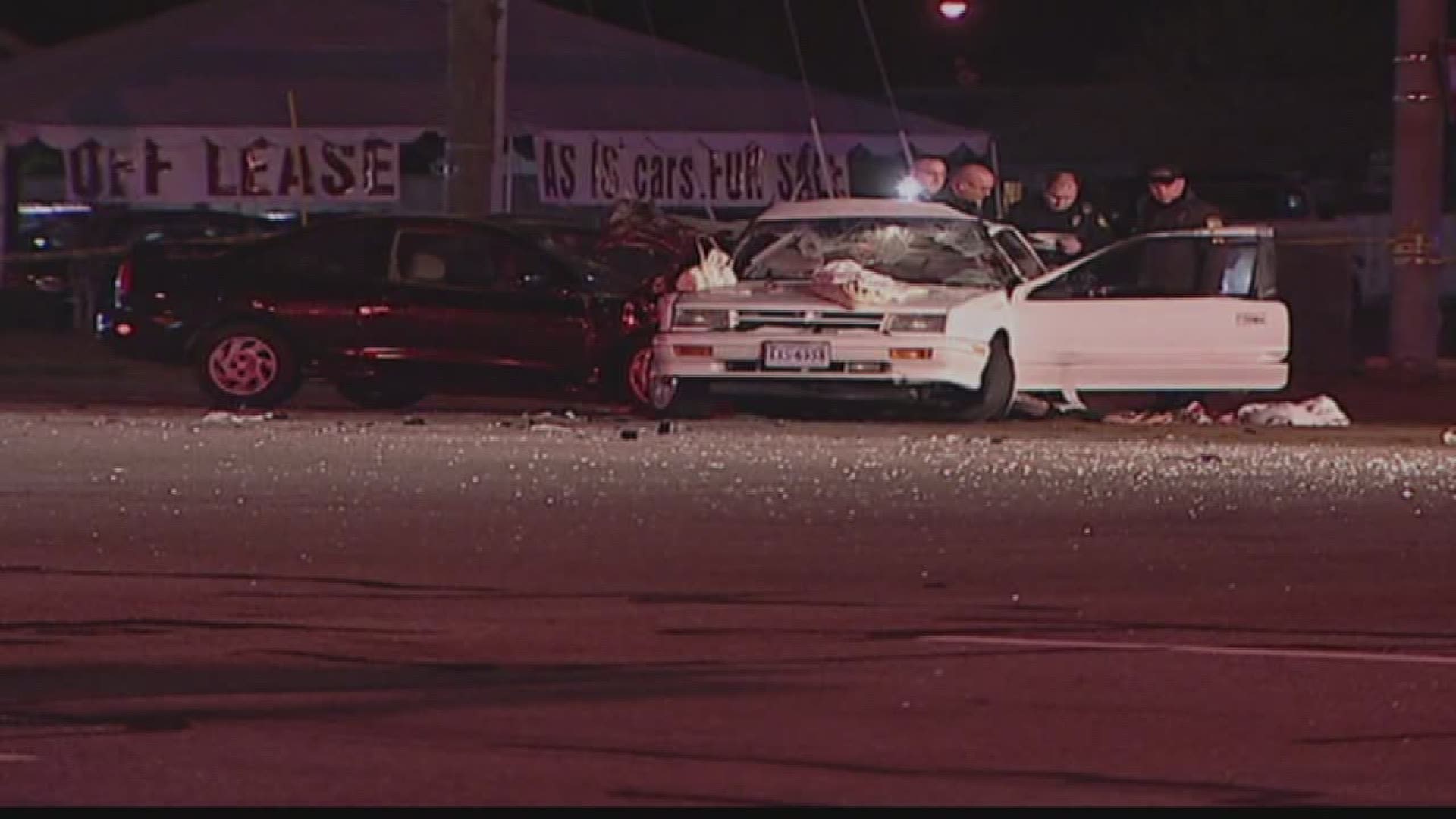 Instead, he ended the dreams and the lives of 16-year-old Tessa Tranchant and 17-year-old Allison Kunhardt in 2007.

Ten years after Ramos got drunk and crashed into the car in which the girls were, Ramos talked about that night, how he came to be in the country, and what he wants the families of Tessa and Ali to know.

13News Now requested an interview with the Greensville Correctional Center inmate, and he agreed to it.

13News Now’s Lucy Bustamante served as translator for the telephone conversation with Ramos who originally is from Mexico.

“First, he wants to start off with saying that it's a blessing that your call came to him because it's been in his heart to be able to get the message to the parents of how sorry he is,” Bustamante said.

“He says that he was by himself most of the day and around nine o'clock at night he decided to call it quits at the local bar he was at,” Bustamante relayed.

We asked Ramos if he knew he was too drunk to drive at that point.

“At that time, he was aware that he was that drunk, but he was much younger, and he felt invincible,” Bustamante translated.

Ramos wanted Tessa's and Ali's families to know it was never his intention to hurt anyone.

“He says that the vice that he was involved with was alcohol,” Bustamante said. “He had that vice because of the hardship of coming to this country and leaving everything behind.”

Ramos gave us the details of what he did to get to the United States including all the illegal things. With more than 10 years left to serve on his sentence – after which time he’ll be deported back to Mexico – there is no reason to hold back.

Like many who come here illegally, he crossed the border hoping for a better life.

“He didn't have anything in his country, and he came for what he thought was the American Dream,” Bustamante said.

Ramos told us he walked four days through the desert from Sonora, Mexico to Mesa, Arizona.

Ramos, like others who are here illegally, found that pursuing the American Dream, doesn't come easily. There is an irony to the situation.

“When they come to this country, in order for them to work, they need identification and because they're illegal they have a hard time getting any sort of document to support their ability to work, which was their goal in coming here to begin with,” Bustamante stated.

Ramos found out about a group of people in North Carolina who had the equipment to make identification documents. He drove there and paid cash to get the paperwork.

“They knew they were getting a fake ID, but it was good enough to be able to provide them what they needed to start working,” said Bustamante.

We asked Ramos if, after all that’s happened, he wishes he had entered the U.S. legally.

“He says if he would have had the means to do it, he would have done it legally, but that there is an entire population that cannot afford to go through the legal door,” Bustamante explained.

To those who come to the United States to chase the dream he once pursued: “The message to younger people that may have the privilege of being here is don't blow it like he did,” said Bustamante.