Junior is a 25-pound rabbit, and at the end of the year, his owner is taking him on a nationwide campaign to raise awareness about exotic animal adoption. 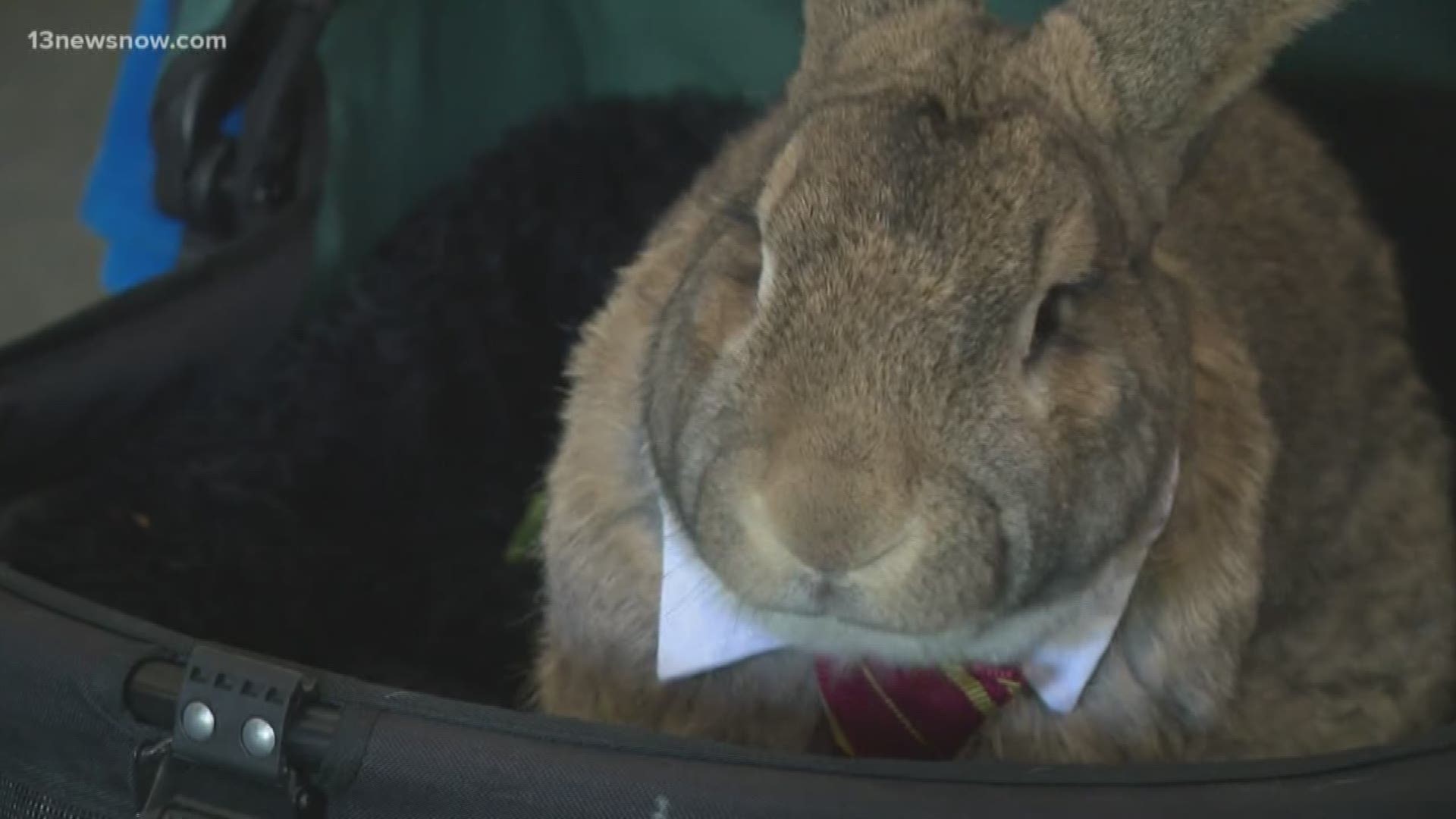 Lord Roland Watson Beldon Maxwell VII—or Junior, for short—is the biggest bunny in America, and he's kicking off his campaign at the end of the year.

“We were worried, he is a naturalized citizen," Dr. Maxwell said.

Although animals can’t really become president, Junior is embarking on a nationwide campaign to raise awareness about what people should know before they buy an exotic animal.

He’s even got his own campaign poster.

Credit: Angela Maxwell
Lord Roland Watson Beldon Maxwell VII - or Junior, for short - is the biggest bunny in America, and he's kicking off his campaign at the end of the year.

“We happen to have a campaign bus so in 2020, Junior and I are going to hit the road and we’re going to use the fact that Junior’s ‘running for president’ to go from rescue to rescue and shelter to shelter,” Dr. Maxwell said.

She said far too often, people adopt exotic animals and abandon them or mistreat them.

At the Bunny Hutch, there’s snakes, chinchillas, exotic reptiles, and even a fox - all rescues.

“He was purchased because the guy thought he’d act like a dog. He acts like a fox," Dr. Maxwell said.

"You can go to a pet expo anywhere in the US and pick up anything, and I mean anything. We’ve had everything here except for sloths.”

Junior has his very own first lady in 11-year-old Johanna Baker.

“Junior became my hus-bunny by at least the second day of camp,” Johanna said.

“To spread awareness that you can’t just get an animal, you have to know what it’s going to be like to have that animal,” she explained.

The Bunny Hutch will shut its doors for good in December. But Dr. Maxwell says Junior’s up-coming campaign is another way for her to continue her mission.