The Coast Guard has suspended a search for a teacher who went missing off False Cape State Park, but Virginia Beach authorities are still looking. 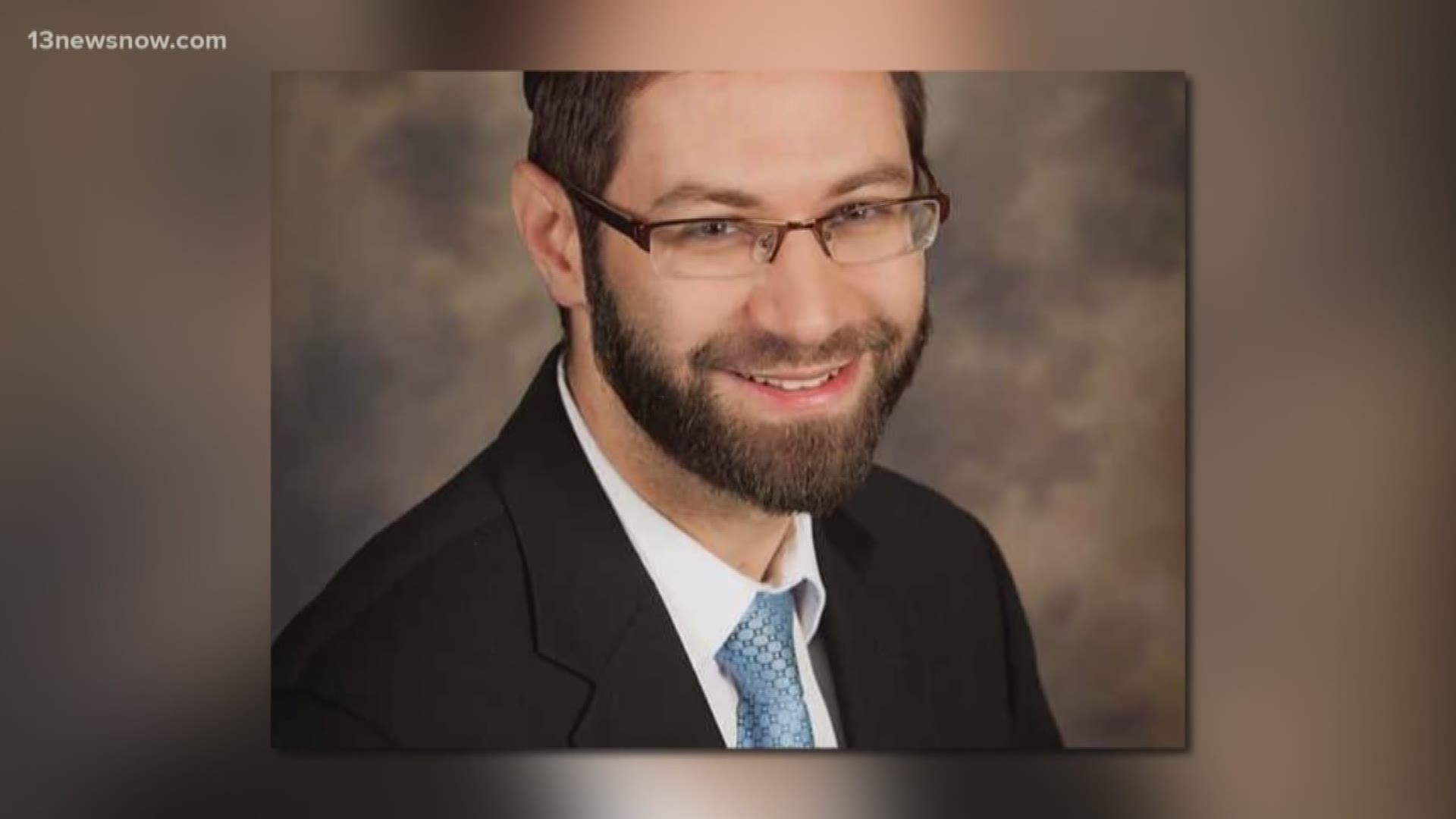 VIRGINIA BEACH, Va. — The search by the Virginia Beach Police Department continues for a teacher who went missing in the water off False Cape State Park on Tuesday afternoon.

“We never make the decision to suspend lightly and in this particular case, it’s especially difficult,” said Capt. Kevin Carroll, commander of Coast Guard Sector Hampton Roads. “We share our deepest sympathies with the family of a man who risked his own life to save another.”

Emergency dispatchers received a call that there may have been a drowning at the park, located at 4001 Sandpiper Road in Virginia Beach on Tuesday. The caller said two people had been in the water. One was 35 years old, while the other was a 13-year-old student.

A rabbi and member of the B'Nai Israel Congregation confirmed the 35-year-old teacher is Rabbi Reuven Bauman.

According to the Coast Guard, the teacher was attempting to save the student who was caught in a rip current.

Master Police Officer Linda Kuehn with the Virginia Beach Police Department said the adult tried to help the child who was able to get back to shore. The adult was missing.

An emergency dispatch supervisor said the teacher was one of two who were with a group of 20 students. The children all were safe. 13News Now confirmed the group was from a Norfolk synagogue.

Doug Brewer the Director of the Back Bay Wildlife Rescue said school and church trips to the area are common, but this trip was unofficial. Doug and his team did not know about the visiting students.

"There is hope, we always try to search as if the people that are out there are members of our own family," said Kevin Carroll, Commander Coast Guard Sector Hampton Roads.

He said search efforts surpassed 109 square nautical miles, which is more than the size of Norfolk. As of Wednesday afternoon, the U.S. Coast Guard was no longer working a search and rescue, and they do not do recovery efforts. Local officials continued in the search.

According to a witness, the student who had to be rescued was on a boogie board. Swimming is not only illegal on that part of the beach but very dangerous, especially considering it was a red flag day.

Brewer said lifeguards are never on duty in that area because it's illegal to swim there.

"It's no swimming, so I can't explain why the individual went swimming. We just know swimming is prohibited at the park," said Cat Watson, with the city of Virginia Beach.

The witness said she told the teacher swimming was not allowed but he either didn't understand or didn't listen.

"It's a pretty heavy surf right now and in the East Coast we are prone to rip currents, that's one of the things you need to be mindful of," said Carroll.

Crews from the Virginia Beach Fire Department and the Virginia Marine Police are also assisting with the search.

Locals and visitors alike feel unnerved about the loss.

“It’s heartbreaking because he was a hero. He was the adult, he was the teacher. He was helping a thirteen-year-old in distress,” said Virginia Beach resident Melissa George’s.

“As a teacher that’s what you would do. You would jump in to save your kid,” said tourist Darlene Wolfe.

It was rough waters, as the Marine Police, Coast Guard and others looked for him for over 109 square nautical miles.

“[I’ve] Been coming to the beach for thirty years with my family and we’ve never encountered anything like this,” said visitor Kathy Haas.

Now it’s a recovery effort to at least bring Bauman’s body back home.

“It’s just gut-wrenching because you feel for the family,” said Wolfe.