The Virginia Beach Animal Control is working to find the owner(s), or the person who did this. Already, over $2,000 has been raised to help the pup. 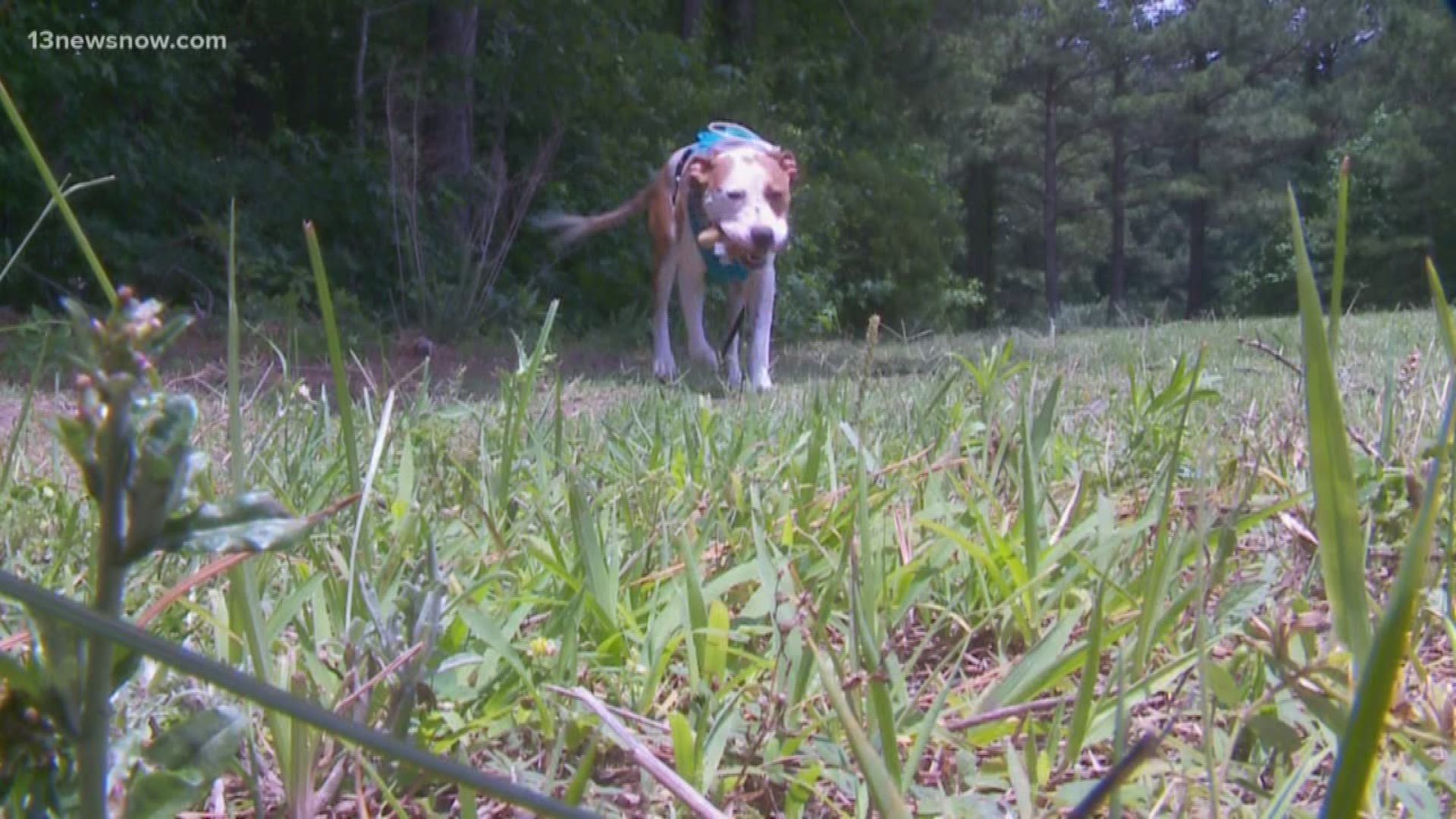 VIRGINIA BEACH, Va. — A rescue organization said a dog in Virginia Beach was found shot in the face.

In a Facebook post, Compassion for Canines said Virginia Beach Animal Control responded to a call of an abandoned dog behind a warehouse.

Aminal Control said they found the dog in the 5800 block of Ferry Road.

When the Animal Control officers tracked down the small hound/pittie mix on May 30 around 7:30 a.m., they noticed she had a gunshot wound to her face.

Officials with Compassion for Canines said the bullet entered the top of her nose, passed through her hard palate, and it ended up lodged in her lower jaw.

The dog was taken to Blue Pearl Emergency Hospital immediately, where she underwent X-rays. Twenty-four hours later the dog was in surgery to remove the bullet.

The Compassion for Caines post said the dog was unable to eat because of the damage done to her hard palate, and she had a severe infection that started.

For now, the dog is being fed a liquid diet through a feeding tube.

Animal Control said the dog didn't have a collar or microchip.  Officers are looking for possible owner(s) and information on who may have shot the dog. Anyone with information is encouraged to call Virginia Beach Crime Solvers at 1-888-LOCK-U-UP

Compassion for Canines has names the dog "Pearl."

So far, over $2,000 has been raised to help Pearl. Click here to make a donation.

Commission for Canines is a  is a foster based rescue organization dedicated to aiding homeless dogs in South Eastern Virginia.

This case remains under investigation by Animal Control Officer Morgan Hayes as the lead investigator.