Firefighters were able to rescue two pet dogs and a ferret. No injuries were reported. 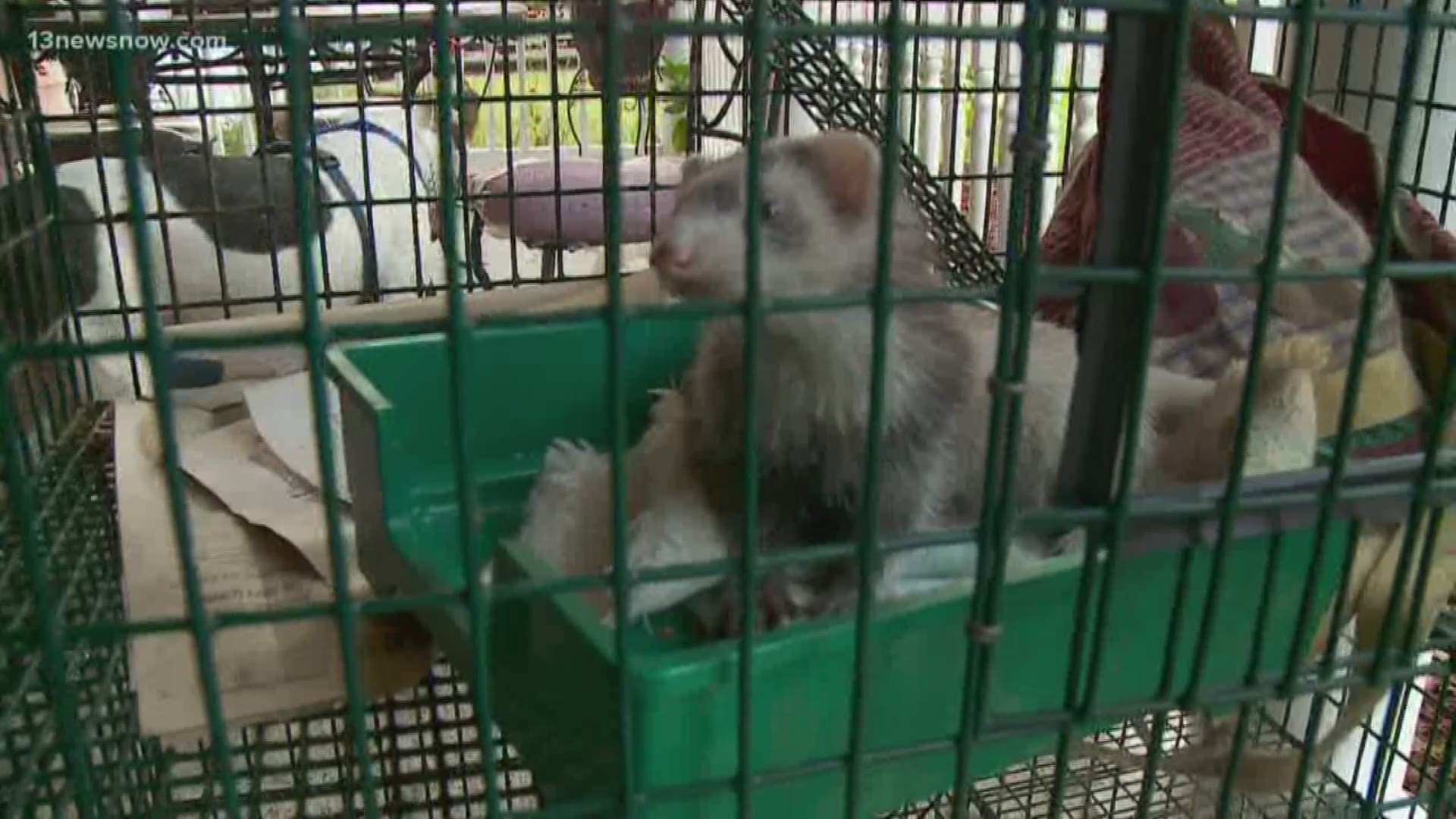 VIRGINIA BEACH, Va. — All two-legged and four-legged occupants of a Virginia Beach home were able to make it out safely following a fire on Tuesday morning.

The fire happened around 5:40 a.m. in the 5500 block of Lambdin Arch. The initial call came in saying the fire had started in the kitchen and smoke was showing from the two-story house.

Next-door neighbor Samantha Essey told 13News Now the homeowner ran over to her house when she smelled the smoke.

One pet dog, Tinkerbell, made it outside of the home on its own, while firefighters had to go in and rescue a second dog, named Boomer, and a pet ferret, named Echo.  Firefighters provided oxygen to the ferret, which appears to be OK.

“I was so nervous, especially when they said the ferret needed oxygen,” Essey said.

Battalion Chief Jason Probst said they have pet resuscitation masks that have had to be used numerous times.

“We’ve removed everything from frogs to fish to ferrets and snakes," Probst said. "Whatever it takes, we’ll go get them.”

The homeowner also made it out of the house. She told 13News Now she woke to the smell of smoke and then the sound of her fire alarm. She had her bedroom door closed.

Virginia Beach Fire Department's spokesman said that helped save her life. No injuries were reported.

The fire, determined to be accidental in nature, was limited to the house's kitchen and crews were able to put it out in about 15 minutes.