Daunting but confident: Dominion Energy takes on what will be the country's largest offshore wind project 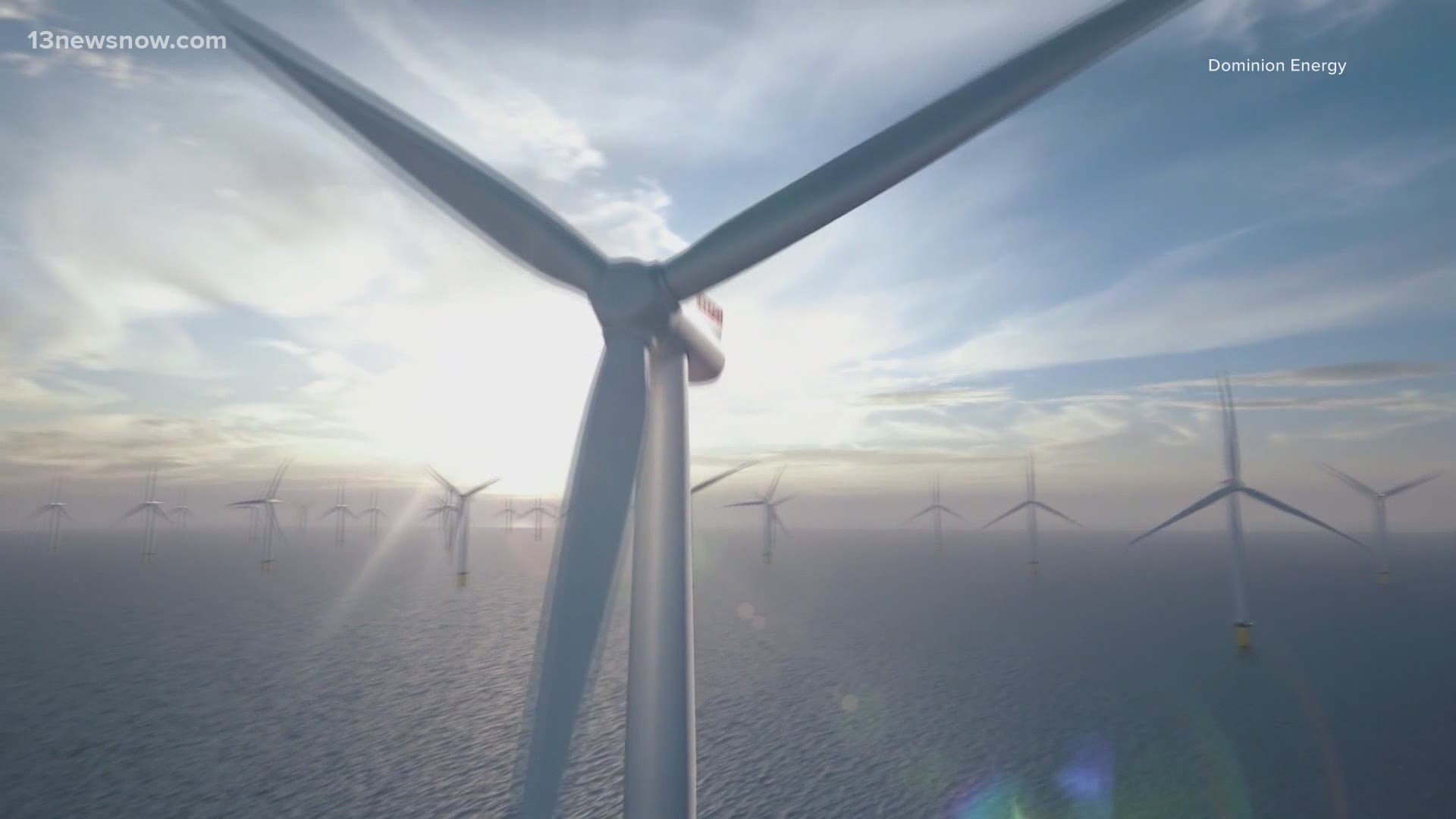 VIRGINIA BEACH, Va. — Ed Baine admits the massive undertaking of the Coastal Virginia Offshore Wind project is daunting and makes him a little nervous. But the Dominion Energy Virginia president says the benefits from the commitment to renewable energy far outweigh any jitters along the way.

188 wind turbines stretching 800 feet into the air in a 2,640-megawatt wind farm will anchor 27 miles off the coast of Virginia Beach, generating enough energy to deliver power to 660,000 homes and businesses by 2026.

"This project is critical for meeting our clean energy future in the Commonwealth as well as our nation as a whole," said Baine.

A pilot project launched late last year, shortly after Baine took the helm. It is already producing energy for about 3,000 homes from two wind turbines that are the first installed in federal waters.

"It gives us confidence in the larger project, not only from the construction perspective but from the operational perspective as well and it's taught us a lot on how to really just upstart this offshore wind industry," said Baine.

The industry got a huge boost when the Biden Administration announced last month a $3 billion proposal to expand offshore wind. Proponents see it as a major producer of clean energy jobs.

The technology behind the spinning wind giants is fascinating. Three blades capture the wind to generate energy which is transferred to onshore substations.

"You have underwater sea cables that come to a point onshore. Then ultimately, you have to tie it to the grid," Baine explained.

The project is expected to reduce carbon emissions by millions of tons each year.

"Which is equivalent to taking like a million combustion cars off the road."

Public outreach is a critical part of the project's success. Right now, Dominion is in the process of contacting landowners who reside within the study area where the infrastructure, including transmission lines, might be located.

The public can access a new online tool, called GeoVoice to share any concerns they may have about the project.

"We're just making sure that we are being responsive to the concerns of citizens as well as other stakeholders."

Dominion has held a series of virtual meetings for the public to ask questions. Citizens can find more information here, email info@coastalvawind.com or call 1-844-319-2065.