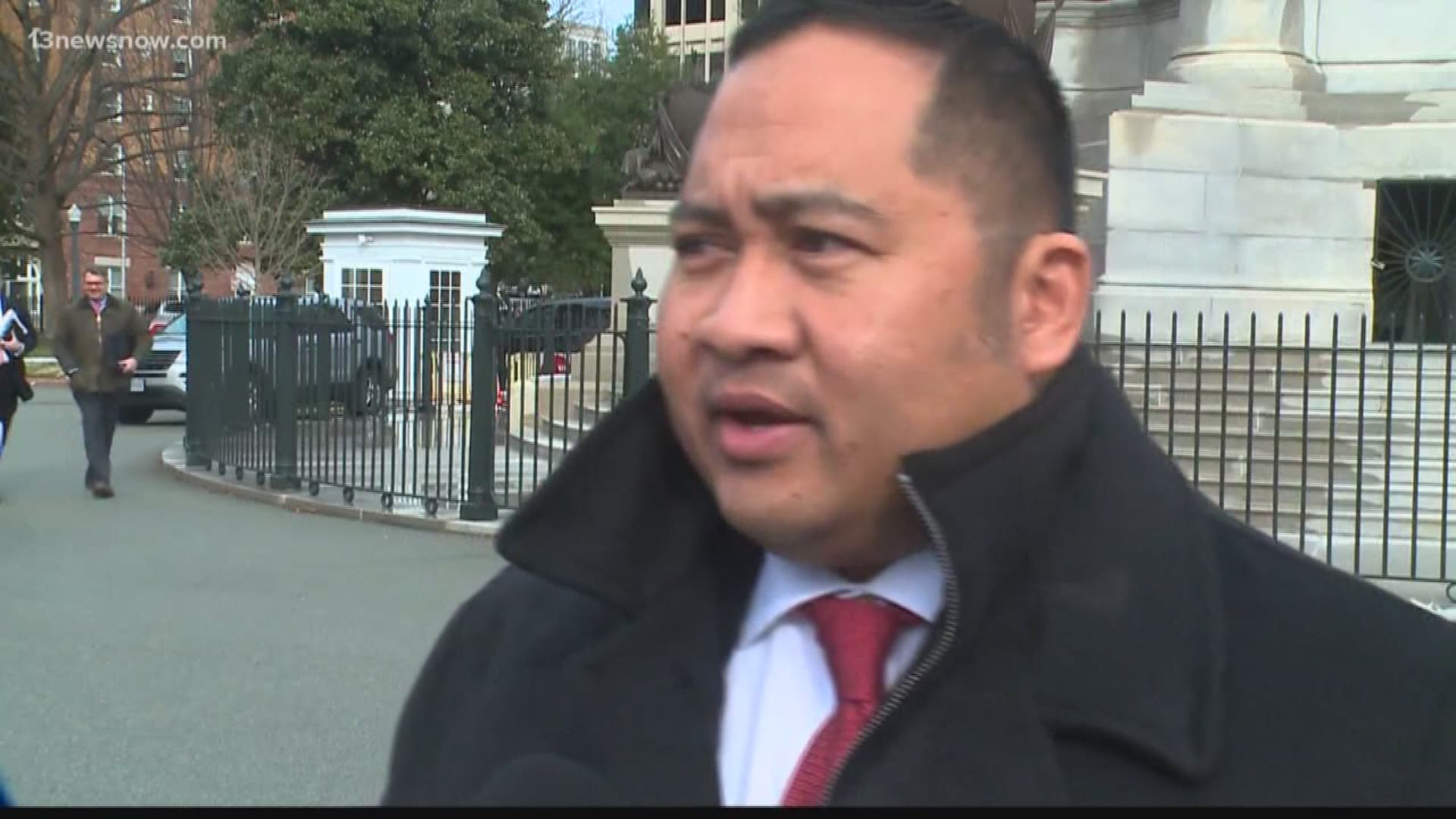 Ron Villanueva, a Virginia Beach Republican who lost a re-election bid in 2017, was indicted by a grand jury on charges of Conspiracy to Defraud the United States, Falsification of Records, and two counts of Aiding and Abetting False Written Statements.

The charges stem from an alleged bid-rigging scheme involving two military supply companies. Villanueva is a past president of SEK Solutions and former director of Karda Systems.

Court documents said the companies received more than $80 million in contracts. Villanueva and an immediate family member received about $1 million in income.

Last year, both companies, along with a third company, paid a total of $620,000 in a settlement with the feds.

Villanueva has previously denied any wrongdoing. He told reporters outside a federal court in Norfolk that he's "a man of integrity and honor" and looks forward to his day in court.