Hundreds of beachgoers flocked to the area for a day of fun, floating in the Chesapeake Bay on boats and floats. But they left miles of garbage, behind. 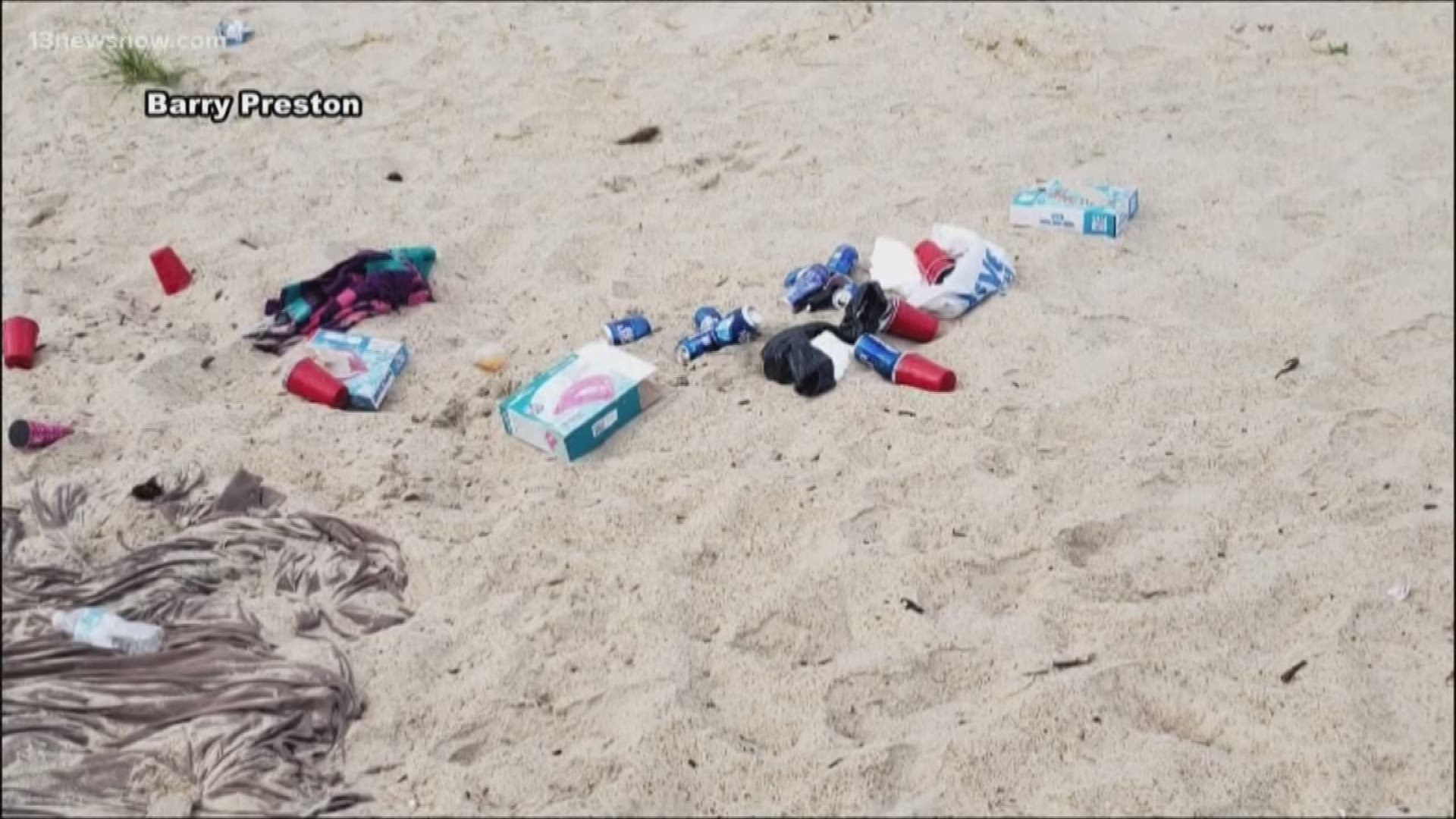 Hundreds of beachgoers flocked to the area for a day of fun, floating in the Chesapeake Bay on boats and floats, but they left miles of garbage behind.

"It was really bad, it was a disaster," he said. "I think the city management needs to really take a look at Floatopia and what it does to the community, around here."

Another local, Austin Jennings said there were scores of people at the beach for Floatopia.

"It was an absolute madhouse," he said. "You couldn't even hardly tell where the beach ended, there were so many people."

So who cleaned it up? A crew of just nine people from Virginia Beach Public Works. They collected 10 tons of garbage.

"The thing that amazes me is, one: they did it as fast as they did; and two: they got 10 tons," said Drew Lankford of Virginia Beach Public Works. "In fact, when they said 10 tons. I said repeat that. You got 10 tons of trash? That's a lot of trash!"

He continued: "Almost every kind of trash you can think of. It was food wrappers, cans, bottles, pieces of floats, towels, everything. It was almost like they saw a tornado coming and everybody just got up and ran for safety and left everything there."

Virginia Beach resident Ryan Bedford said about 10 people stayed on after the event to clean up. He said it would have been "even worse" if they hadn't.

Locals in the area said they were disgusted the beach-goers left so much garbage on the sand.

Joe Pezzella said he stopped by the beach on Sunday and saw the masses.

"Most people brought floats to float in them for a while and then filled up with their empty beer cans and stuff so there were floating garbage pails in the water... There was probably a small percentage of sober people on the beach," he said.

"But you know, it's mostly 20 somethings and they're having fun. It'd be nice if they cleaned up after themselves."

People at the beach today were surprised by how clean, VB Public Works got it.

Pezzella said: "It does look beautiful. I can't believe the turnaround. I didn't know what I was going to see first thing In the morning, the day after."

"The beach was sparkling," Jennings said. "Past here there was not even any footprints out there. There was no trash. I found a single beer bottle in the water and that was it."

Lankford said this isn't the first time the beach has been messy after Floatopia, but it's definitely the worst.

He said since the event is organized on social media – it's difficult for them to reach an organizer about planning.

On Tuesday, the City of Virginia Beach released the following statement about 'Floatopia:'

The City takes great pride in keeping our beaches clean, so we were disappointed to see the condition Chic’s Beach was left in following an unpermitted event called Floatopia. However, thanks to the swift and thorough work of our Beach Operations crew, the beach is once again clean, and more than 10 tons of trash and debris has been cleared away. Our sincere thanks goes out to those citizens who helped pitch in to clean up as well.

Anyone interested in volunteer opportunities with the city are encouraged to contact Michael Moore at MTMoore@VBgov.com or 757-385-2080.