This is a discussion they were brought into after some felt forced retirement at age 65 was "age discrimination." 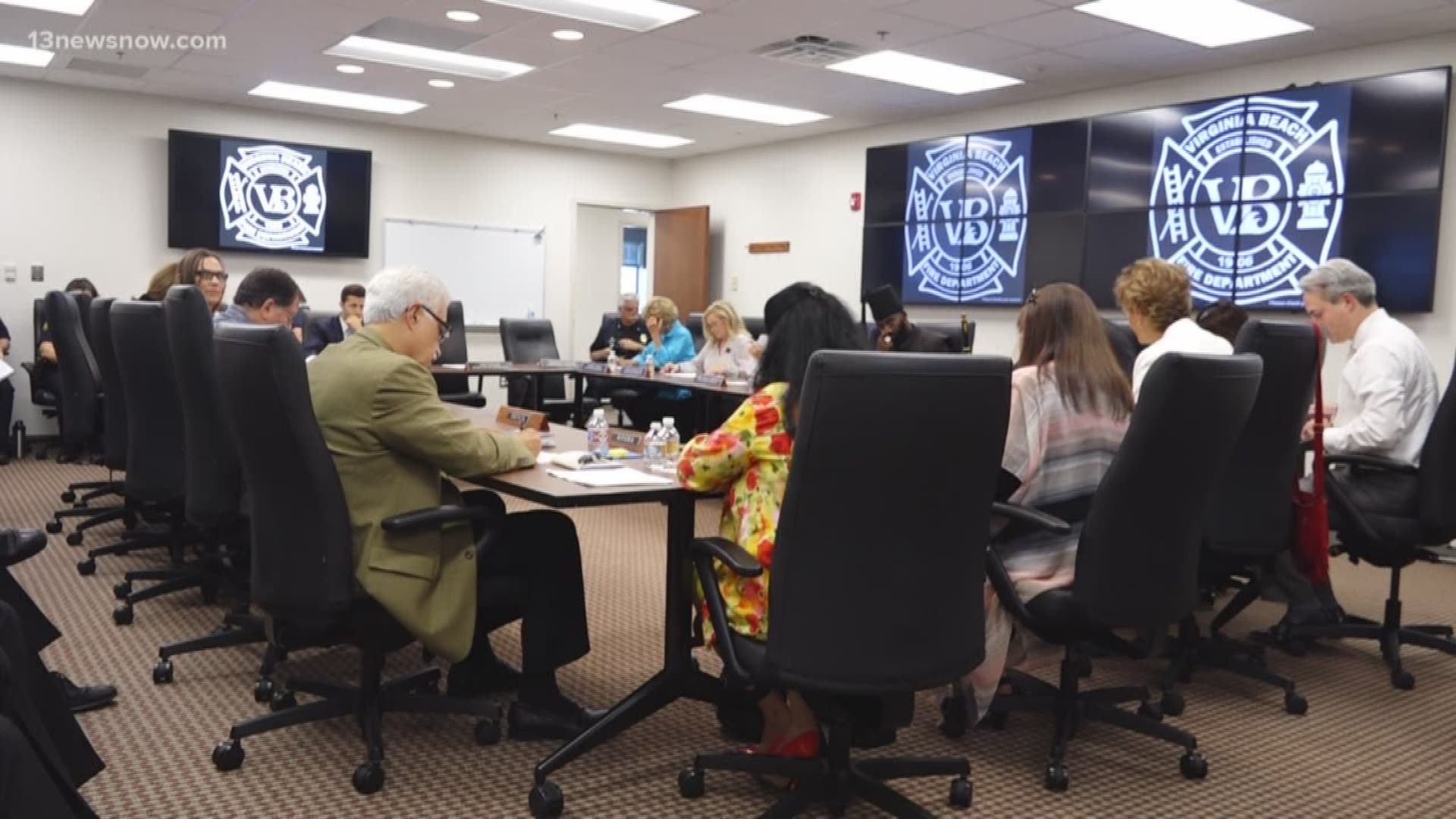 On Thursday night, they voted on a recommendation to city council regarding forced retirement.

Regarding the much-publicized mandatory retirement age in the City of Virginia Beach, the Human Rights Commission feels that if forced retirement is based solely on age, it's inappropriate 'age discrimination.'

This is a discussion they were brought into after some felt forced retirement at age 65 was "age discrimination."

But, not all who spoke Thursday night felt the same way.

Sheriff Stolle passionately defended the current law. He did that even after some questioned why he raised the age to 70 five years ago for the Sheriff's Office, only to agree to bring it back down to 65 just this year.

"When we went to pay parity, the idea was that we had to come back in line with all the benefits the police department had. The city manager, Dave Hansen, insisted that we do that so I came back down to 65," he said.

He also said when it was raised, it affected the department's retainment rates. But since a survey came out showing many law enforcement officers favor keeping it at 65, Sheriff Stolle said he made the right choice.

However, Chief Jim Cervera repeatedly, who wants the age raised to 70, referred to points Sheriff Stolle made in that 2015 council agenda item, which read:

Mandatory retirements create shortages of skilled and experienced workers within the Sheriff's Office.  Additionally, health and longevity in the United States has been improving. In fact, data suggests that those in their early sixties today are as healthy as those in their mid-50s decades ago. Increasing the retirement age promotes employment of older persons based on their ability to perform the essential functions of the job rather than eliminate them based on age.  Overall improvement in health and abilities of individuals between the ages of 55 and 65 suggest that mandatory retirement is unfair, particularly for those who maintain the ability to perform the essential functions of the job and do so competently. Furthermore, forced retirement of older workers whose skill has been exclusively with the employer find it harder to secure jobs compared to younger counterparts. They also suffer larger wage reduction upon re-employment.  Accordingly, it is in the Sheriff's Office's and the employees' best interests to increase the retirement age to seventy (70).

Chief Cervera brought two officers with him who'll be 65 this year, who want to keep working. He said there's still more work to be done if true parity is the goal.

"I just have a tough problem with all of this. Let's not worry about Jim Cervera. Take him out of the equation. Jim's a boy. I know about life. I'm worried about the cops," Chief Cervera said to the commission.

But, Max Gonano, President of the Firefighters Association, felt this Human Rights Commission should sit out of this conversation.

"I think you guys do excellent work and a reason why this city is so progressive. However, I don't believe this is a Human Rights Commission issue so I'm asking you to not weigh in on it. I don't want you to possibly ruin your credibility by doing so," he said.

It led to tense moments with Commissioner Luis Rivera. Both apologized to each other later on, reassuring one another these meetings are meant to be inclusive of all voice.

The commission is finalizing the letter Friday and sending it to city council.