The piece is meant to show how domestic violence affects people from different walks of life. 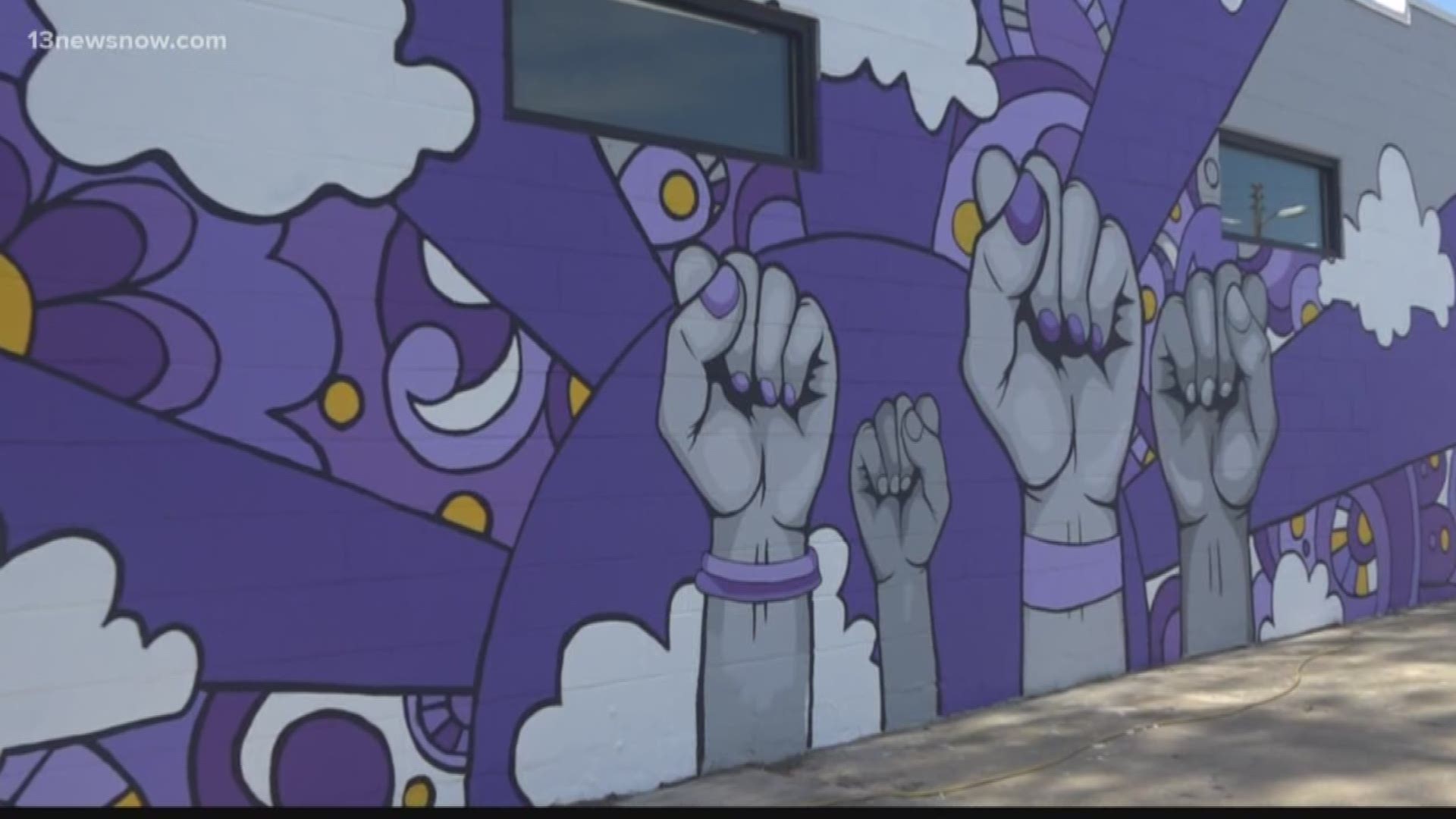 Virginia Beach, Va. (WVEC) — There’s a new mural in the Virginia Beach's ViBe District helping spread the word about domestic violence. It was created by artist Devon Miller in conjunction with the Samaritan House. The mural space was donated by the owners of Superior Pawn and The Annex Collaborative Studio.

“We really want this to be kind of a conversation piece to start talking about it. Because domestic violence is one of those things that really thrives in silence,” said Fuze.

The mural features several fists: some belonging to women, others include a child's hand and another of a man. The piece is meant to show how domestic violence affects people from different walks of life.

For the month of October, The Samaritan House is kicking off a campaign called "Paint 757 Purple." It’s in honor of Domestic Violence Awareness month.

Eva Fuze said the campaign is a way to raise awareness about the problem in the community.

“One in three women and one in four men will actually be the victim of domestic violence at some point in their lifetime. So, there’s a very, very strong need for our services for men, women, and children that are getting out of unsafe situations,” said Fuze.

The Samaritan House is a non-profit organization that provides resources to victims of all kinds of violence and homelessness. With the Paint 757 Purple campaign, they are teaming up with more than 50 businesses to raise money to help those in need.