Dominion Energy announced it will start a pilot program putting two wind turbines off the coast of Virginia Beach, near Camp Pendleton. 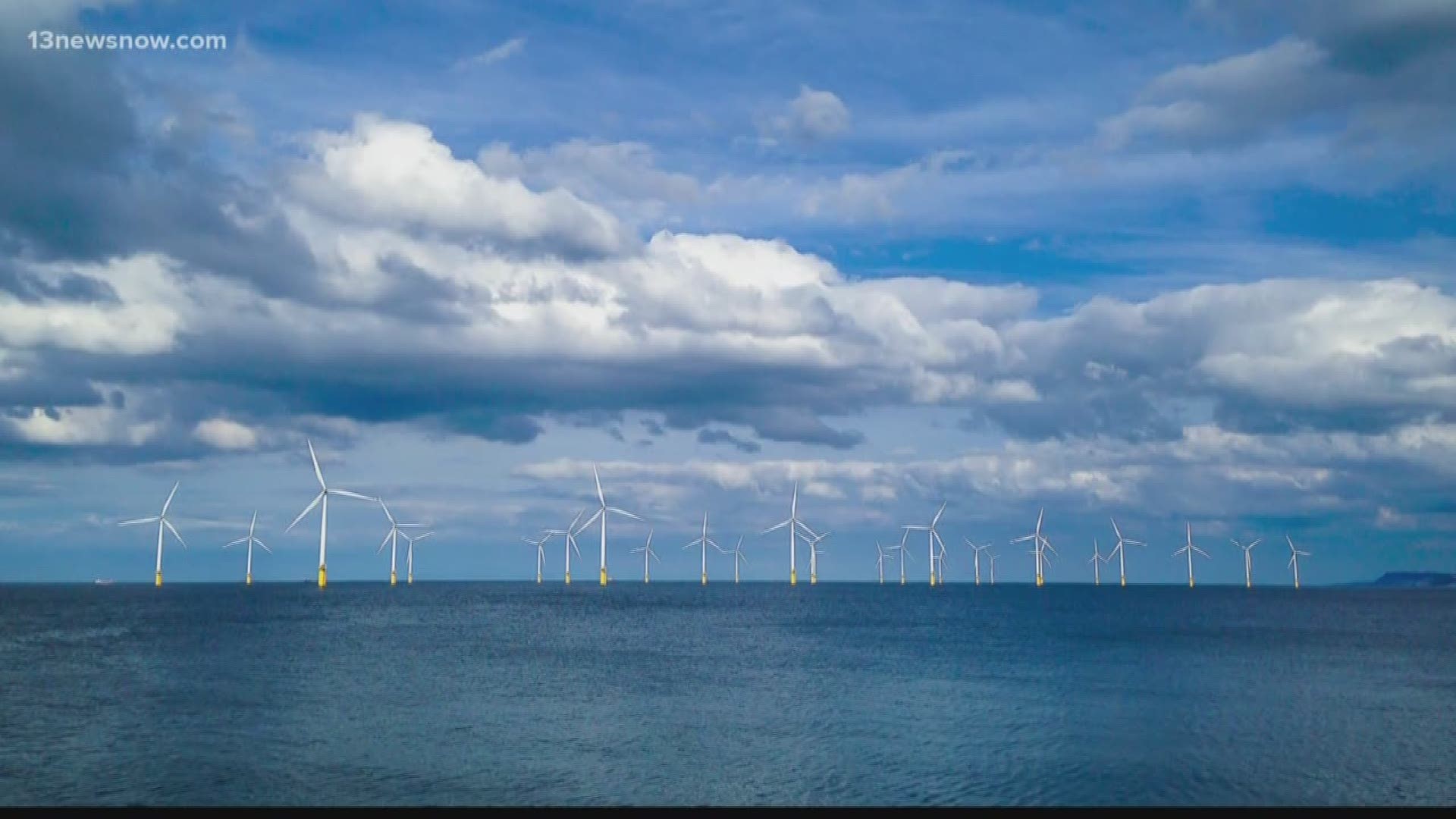 "These will be the only offshore wind turbines owned and operated by a utility company in the country," explained Dominion Energy CEO Thomas Farrell.

On Friday, Dominion Energy announced it will start a pilot program putting two turbines off the coast of Virginia Beach, near Camp Pendleton.

Farrell said, "It will be 27 miles offshore, and it won't be visible at all from the beach."

The project would be the second offshore wind development in the United States. Dominion Energy believes the area off Virginia’s coast is able to support about 300 wind turbines, which is enough to power 500,000 homes.

The company developing the turbines is Ørsted. Ørsted is a premier offshore wind power developer with over 1,000 offshore wind turbines installed and operating around the world.

"Ørsted is the energy supplier in Europe that has come the farthest in the transition to renewable energy, and we are excited to bring our expertise to Virginia," said Thomas Brostrøm, Ørsted's North American President.

"This project will provide us vital experience in constructing an offshore wind project in the United States and serve as a stepping stone to a larger commercial-scale partnership between our companies in the future. We see the tremendous potential in the Mid-Atlantic for emission-free, renewable wind generation and we are excited to help the Commonwealth in reaping the benefits of wind power."

Before crews start construction, a ship needs to look at what's underneath the waves. It will head out to the site on August 6th and the survey will take about 4-6 weeks.

Gov. Ralph Northam said, "There's an amazing amount of technology on there. Sonar devices so they can map the bottom, look for marine life. They pretty much have it all."

Governor Northam said he was impressed with the ship's abilities. He said this project is huge for Virginia.

Northam said, "It provides jobs. We are 4th in the country in which to do business so everything we do is centered about the economy and promotion of jobs, so this is a good step."

While officially a demonstration project, it would be the first constructed in federal waters through the Bureau of Ocean Energy Management's approval process. It will be the nation's second commercial-scale offshore installation, following one off the coast of Block Island, RI, operational since 2015.

The $300 million project will be funded through existing base rates, enabled by the Grid Transformation & Security Act. Contingent on various regulatory approvals, onshore construction would start in 2019, followed by turbine installation and operation in 2020.

In July 2018, the Grid Transformation & Security Act became law, declaring offshore wind to be in the public interest. Passed overwhelmingly by the Virginia General Assembly, the comprehensive energy reform legislation paves the way for a smarter, stronger and greener energy grid.

The two turbines will be installed by December 2020. If all goes according to plan, Dominion will build about 200 turbines in the next ten years.