One killed, one hurt in shooting at Virginia Beach Oceanfront

A man died after someone shot him along Pacific Avenue. A second person was hurt. Her injuries looked to be critical. 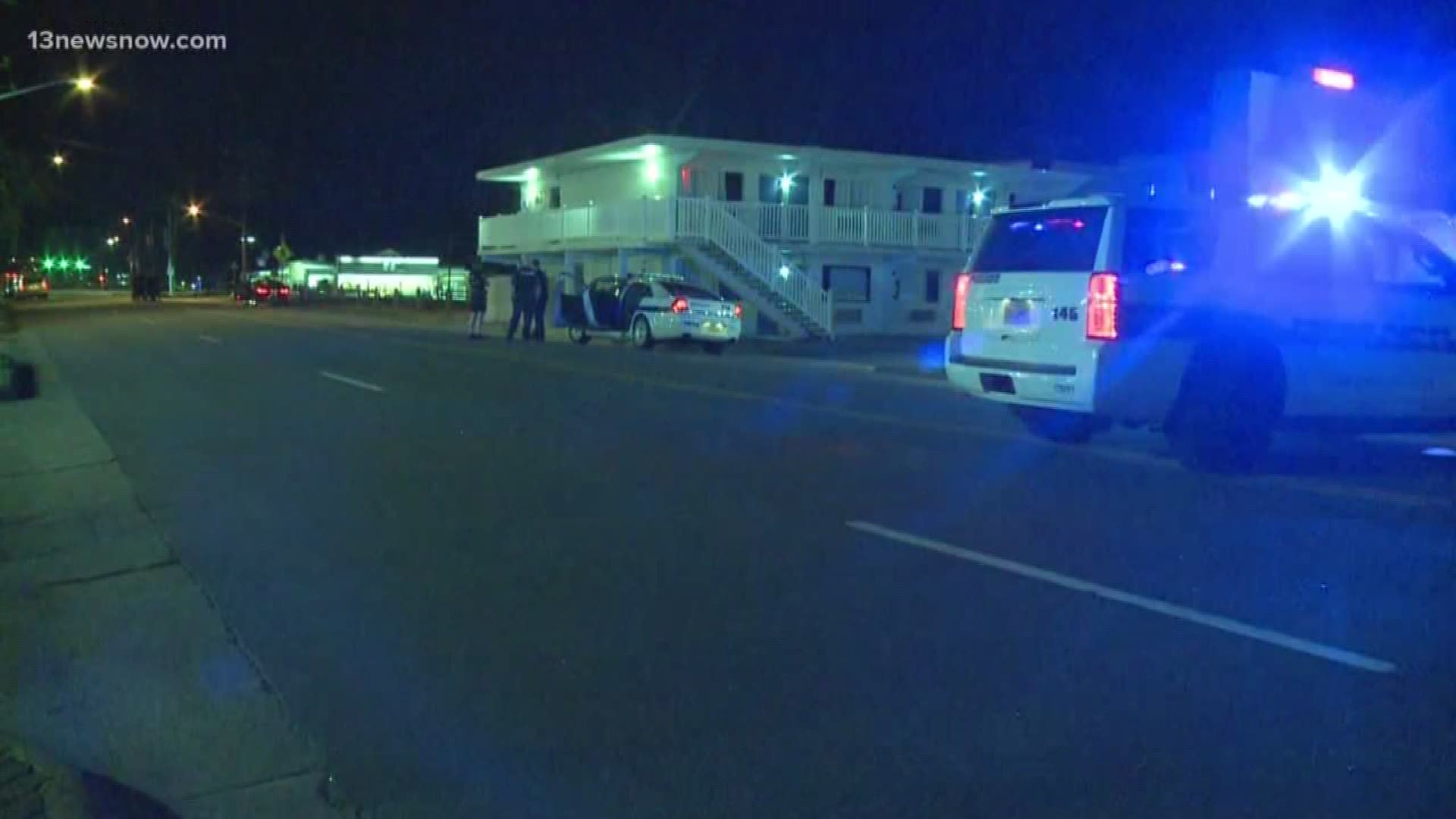 VIRGINIA BEACH, Va. — The Virginia Beach Police Department is investigating a double shooting that left one man dead and another person critically hurt.

The shooting happened at 11:33 p.m. Thursday near the corner of Pacific Avenue and 11th Street. Officers focused their attention on the parking lot of the Rodeway Inn, located at 1005 Pacific Avenue. The lot was taped off for hours.

Paul Evans, who lives right across the street from the hotel, said he and his roommate heard the shooting about five minutes after he got home from work.

"So, that's when I came back out and I saw a gentleman laying on the ground. They were asking him questions and they were pretty frantic about it," Evans stated.

A guest at the hotel,  A.J., didn't hear the shooting, but he said he saw the aftermath.

Officers said the man died at the scene. Medics took the other person to the hospital. They considered her injuries life-threatening.

Anyone with information regarding this homicide is asked to call Virginia Beach Crime Solvers at 1-888-LOCK-U-UP. Tipsters will remain anonymous and could earn a cash reward of up to $1,000.