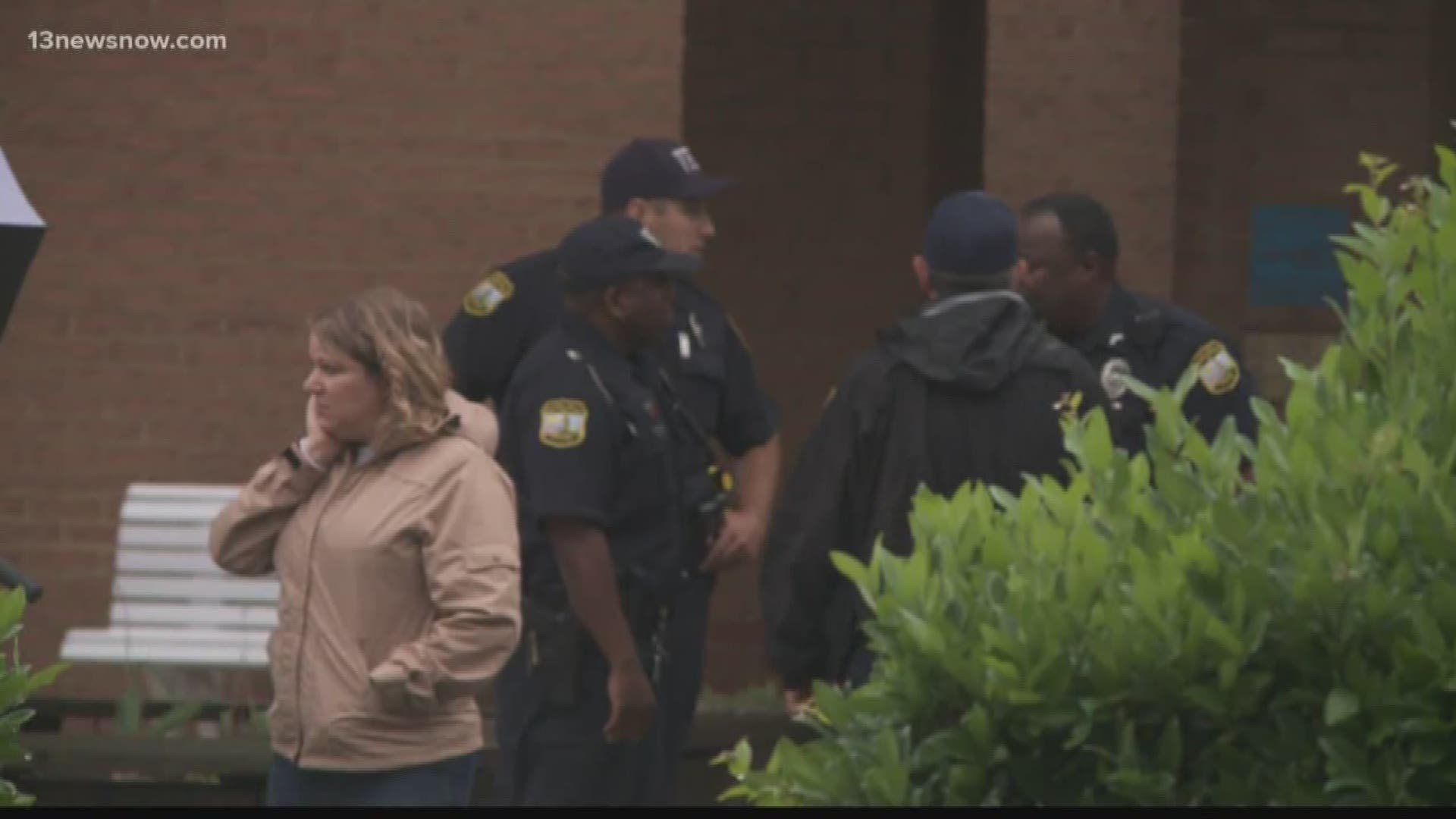 A spokeswoman for Virginia Beach City Public Schools said a stranger (Miller) made his way onto campus shortly after 8 a.m. The school went on lockdown after the staff member saw him. An employee called police.

Officers got there, took Miller into custody, and the staff lifted the lockdown. Police said Miller was not armed and that no students were in the gym when he was.

School officials told 13News Now that Miller didn't come into contact with any students Tuesday and that students never were in any danger.

The following message was sent out to parents of Thalia Elementary students:

"Good morning, parents. This is Dr. Wilkerson, principal of Thalia Elementary School, calling with an important message about school safety. I want to let you know that earlier today, the school was placed on a brief lockdown after a stranger made his way onto campus. Students and staff remained in classrooms and all doors were locked. I want to reassure you that our students and staff remained safe at all times, and the incident was confined to one area of campus away from our children. Police and the school division’s Office of Safety and Loss Control responded to our school, and the person was taken into custody. Because this is a police matter, I do not have any additional information to share with you at this time; however, I will update you when with another Alert Now message when possible. I want to thank you for your understanding and for your continued support of Thalia Elementary School."

I want to share updated information with you about this morning’s incident and brief lockdown. Police have confirmed that the person who came on to campus this morning did not have a weapon of any kind. As I shared in my first message, the school was placed on a brief lockdown this morning while police responded to our school and took the man into custody. Our students and staff remained in locked classrooms and away from gym area where the incident took place. Thank you for your understanding as we work with police to support their investigation. And, thank you for your support of our students and school.