The Honor Network stopped in Virginia Beach and spread acts of kindness in honor of the 12 people killed in the May 31 municipal center shooting. 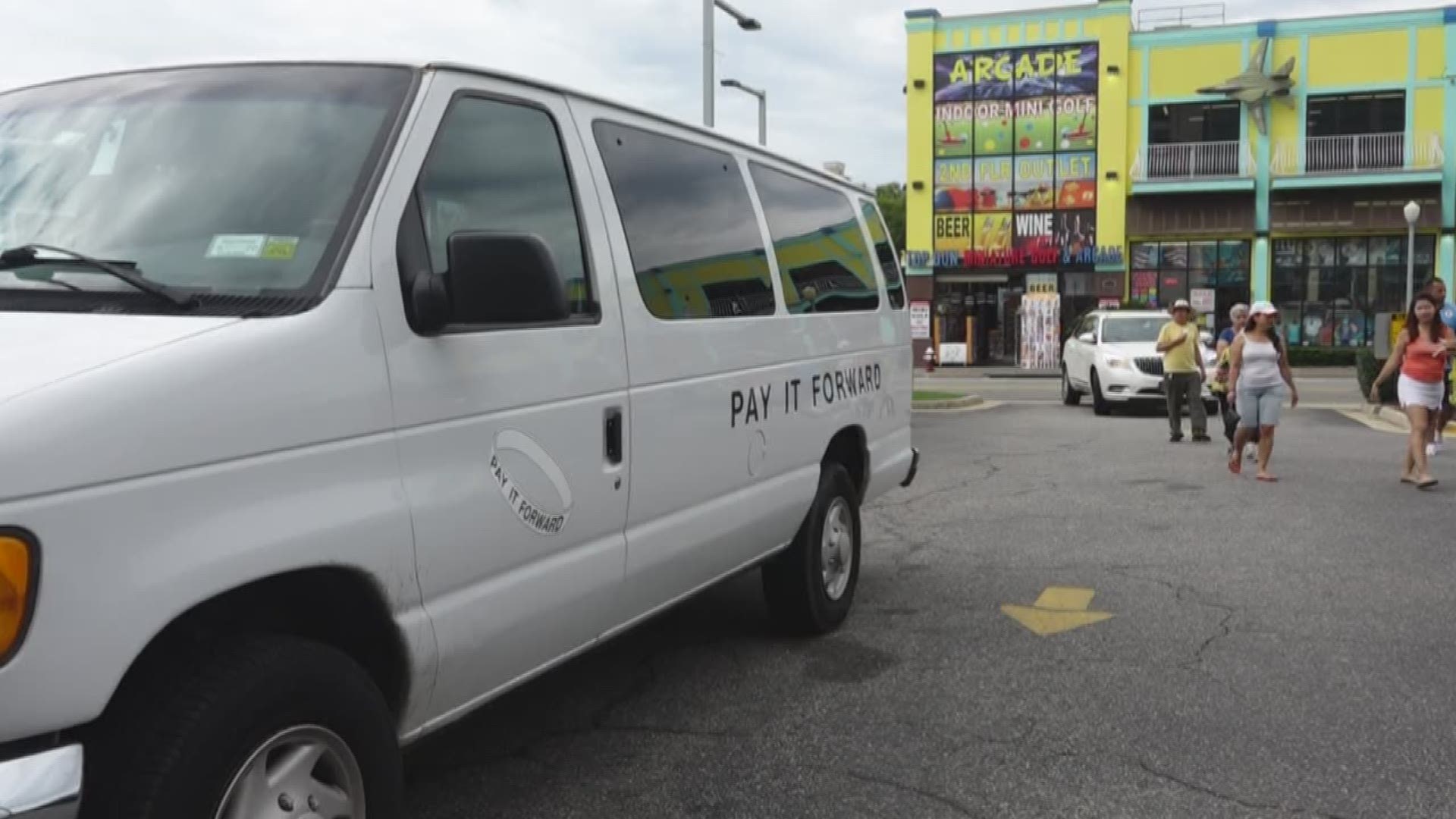 VIRGINIA BEACH, Va. — The Honor Network made a stop in Virginia Beach this week to honor and show acts of kindness in memory of the 12 people killed in the May 31 municipal center shooting.

Tommy Maher has been driving his “Pay it Forward” van from place to place this week. It's in memory of the 12 victims of the municipal center mass shooting on May 31.

Maher and other individuals visit cities affected by tragic events.

The tour around the city and each act were documented on the group’s Facebook page.

They went to the 911 dispatch center where workers received snacks.

The Honor Network visited the Virginia Beach police officers and firefighters who were first on the scene when the shooting happened.

"The outpouring of just how happy the people are that we're here doing this has just been overwhelming," Maher said.

A McDonald’s employee received a Bible in remembrance of victim Keith Cox.

A bright yellow rock with the word “SMILE” was left in a person’s yard in honor of grandmother Mary Lou Gayle.

The group went to a bakery and paid for three cakes for families in honor of Kate Nixon who had three children.

A boy received free guitar lessons in honor of Chris Rapp who played the bagpipes.

“[The customers] were pretty stoked,” said Dylan Rogers, owner of Pungo Board House. “I've had their boards for a while because they haven't had money to pick them up. And they were just like...they were so happy."

A viral Facebook post depicted the Bee and the Biscuit’s appreciation for the group’s kind act of using $500 to pay for 12 customer’s meals.

Each act of kindness includes a plaque with the words “Believe there is good in the world” and a card with each victim’s name and picture.

"One of our servers was really touched by it and she just went to Myrtle Beach and she took the cards with her and paid for bills there,” said manager Jaime Borland. “So she kind of paid it forward on that."

Maher, who is a Fire Commissioner in New York said he hopes the cycle continues. His efforts are funded from donations. He started the organization after experiencing the 9/11 tragedy and the aftermath of the Las Vegas mass shooting that left 58 people dead.

It's the organization's mission to "Be The Good" and spread it through acts of kindness.

It doesn’t cost money, though, to be kind,” he said.

To read more about The Home Network and its mission, visit its website.